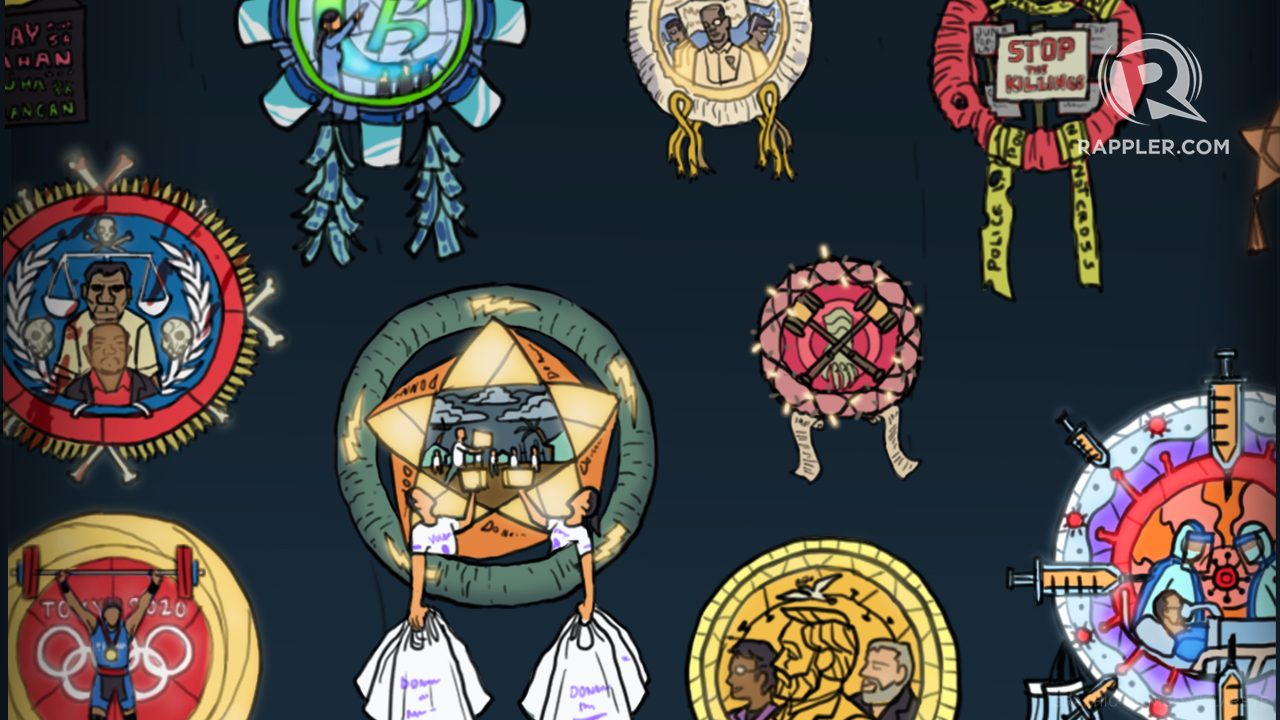 Facebook Twitter Copy URL
Copied
For indeed a tyrant’s job is to deprive us of stars that guide us, to snuff out the light in our lives

Here’s to our hope that you had a Christmas visited by a star – whether in the form of a pleasant memory or a helping hand; a moment of joy or a kind stranger; a dose of hope or a warm message from the unexpected; a ray of light or a meal that filled your heart.

We know it’s been harder each year to celebrate our favorite season, because life has been harder, too. Before Typhoon Odette left more than two million Filipinos distressed and dislocated, this nation has been flooded with two years of pandemic hits-and-misses by its government, tortured by a circus of political clowns, and mocked by its abusive leaders.

But it is the season of joy, and by our very nature we scrounge for it even if buried in layers of grief and frustration.

Ana Patricia Non showed us how to turn anger into action, as she mobilized hearts and minds to bring ayuda to the streets for anyone’s picking. The movement of community pantries that she sparked put to shame a slow-poke government that froze at the height of the COVID-19 crisis.

What star could be brighter than the first Filipino Olympic gold medalist, Hidilyn Diaz, who lifted us from our locked down lives and, on the side, even taught Malacañang officials magnanimity in victory – they who had previously named her in a false matrix of so-called destabilizers and who refused to apologize for it?

In the face of impunity and prostitution of the law, local courts in back-to-back decisions freed activists who had been illegally arrested on the basis of irregular warrants.

And the best gift for truth-tellers is the gift of a global space that gives truth premium over power – something that the International Criminal Court (ICC) has given whistleblower and former Davao City cop Arturo Lascañas and what the Nobel Prize committee has bestowed on Rappler CEO Maria Ressa and Russian editor Dmitry Muratov.

They, along with many nameless and faceless Filipinos, have barrelled through to help this nation find its way out of darkness, one step at a time.

This is not to obliterate the conditions that made them push back. Government’s anemic response to the pandemic has been made worse by the scandalous awarding of public contracts to a well-connected ghost company named Pharmally Pharmaceutical Corporation. Activist communities continue to work under the barrel of a gun. Philippine sports remain underfunded and mishandled, as the case of EJ Obiena has shown. The ICC probe is stalled because of President Rodrigo Duterte’s intransigence. And attacks against journalists and their websites have ramped up as the May 2022 elections near.

For indeed a tyrant’s job is to deprive us of stars that guide us, to snuff out the light in our lives.

But in this season, we remind ourselves that we outshone the tyrant this year through our hard-earned stars.

From all of us at Rappler, may your own little stars light your way this season, no matter your circumstances. – Rappler.com