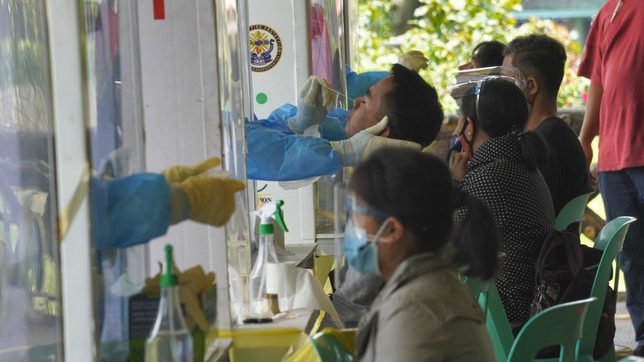 Facebook Twitter Copy URL
Copied
It wasn’t just Baguio which had a surge in September, but the whole region

It wasn’t just the third or fourth wave. It was the Big Kahuna.

September 2021 was the deadliest and most infectious month for Baguio in terms of COVID-19 incidence.

Baguio also recorded 146 cases of death due to COVID-19 in September. From March 2020, there were 491 deaths in the city, so last month’s figure accounted for 29.73% of all deaths in the more than a year and a half that COVID has devastated the city.

Data from the University of the Philippines Baguio Department of Mathematics and Computer Science and the Baguio City Health Services Office showed that the city recorded its second and third highest numbers of fatalities in April and May with 85 and 53, respectively.

It was in these months that the city experienced its third peak in cases as driven by the Alpha and Beta variants, according to City Health Officer Dr. Rowena Galpo.

The present surge, believed to be propelled by the more contagious Delta variant, is the city’s fourth peak.

Galpo said the city had its first two case leaps in September 2020 and in January 2021.

But the Delta-driven swell is so far the highest, surpassing the levels of all the past peaks on all accounts.

But, according to CHSO, that was an outlier because some of the unverified cases in the past days were verified and lumped on that day.

But the days that followed showed the surge was still peaking, with the cases not falling below 200 since then.

Data from the UP Baguio Department of Mathematics and Computer Science and the City Health Services Office showed the level of increase in each age category.

A similar trend can be observed in all other age classifications:

Mayor Benjamin Magalong, in an interview on radio, said cases had really peaked in the last 10 days, averaging between 270 and 280 a day. He predicts it could go up to 300 a day.

“We started the surge August 20, and it has been one month and one week, and we expect the surge will continue until probably three or four more weeks,” Magalong said in a mix of English and Filipino.

Surge in Cordillera too

It wasn’t just Baguio which had a surge in September, but the whole region.

According to the Department of Health – Cordillera, the daily COVID-19 cases rose by 21,553 from September 1 to September 30.