Aug 17, 2021 8:39 PM PHT
Lian Buan
Facebook Twitter Copy URL
Copied
The Commission on Audit says there was also a delay in the delivery of the 'much-needed' supply that affected the quality of health care during the pandemic crisis

Audit reports have put the Department of Budget and Management-Procurement Service (DBM-PS) in question over its role in securing COVID-19 personal protective equipment (PPE) and other supplies – buying high-priced items from private contractors on the one hand and then selling some to the Department of Health (DOH) without the required documents.

A large amount in the controversial audit report of the DOH’s deficient use of COVID-19 funds was P42.4 billion worth of procurement that was made without the required memorandum of agreement (MOA) and supporting documents.

The DOH confirmed to the House of Representatives on Tuesday, August 17, that P41.4 billion of that amount was paid to the DBM-PS, which acts like a shop for the government. The DBM-PS was tasked to handle big-ticket procurements for the pandemic, so government agencies buy from them instead rather than from private suppliers.

The COA said the lack of MOA “posed questions on the regularity of transactions,” but according to the DOH, the DBM-PS insisted that a MOA was not required.

“Upon consultation with the PS-DBM, which we did last week, we inquired if indeed MOA is required, we got a reply stating that pursuant to their policies, a MOA is not required in the procurements concerning common use supplies and equipment,” DOH’s procurement director Paul Guimbarda told the House committee on public accounts during a hearing on Tuesday.

The COA also said in its DOH audit that this bulk procurement had some “noted delays.”

“The noted delays in the delivery of the much-needed medical equipment/supplies/devices resulted [in] delays in the provision of quality health service during the challenging times of the pandemic,” the COA said.

The DBM-PS used to be headed by Lloyd Cristopher Lao, former Palace aide to Senator Bong Go, who tried but pulled out of an application to become Overall Deputy Ombudsman. Lao was with DBM-PS when senators flagged allegedly overpriced PPE. It appears Lao no longer occupies this post. 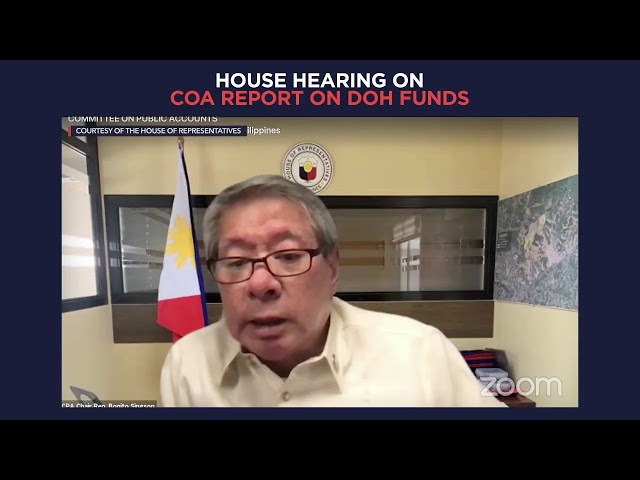 The 2020 audit report of the DBM-PS showed that P95.45 million worth of COVID-19 items bought for a high price from private suppliers are “slow-moving” in the depots because client agencies don’t want to buy them now.

According to the audit, the DBM-PS bought face masks for as high as P27.72 per piece, and face shields for P120 per piece, in March 2020 when the pandemic had just started, and supplies were scarce. The DBM-PS based its negotiated procurements with these suppliers based on market surveys.

But when the market prices dropped, regional depots asked if they could be sold to client agencies at a reduced cost but “it was reported that no reply was received by them.”

“As a result, surgical face masks and face shields are now slow-moving items in the warehouses of the regional depots. As reported by the Audit Team of Regional Depot XI, many client-agencies opted not to purchase from DBM-PS due to the high selling prices of the items,” said the audit report.

Auditors said the DBM-PS was slow in selling the items in the same prices, and added the “items remained unsold at the end of the year.”

“More than the income generated, the DBM-PS could have served fellow government employees/healthcare workers through the delivery and sale of these items during the time these were badly/urgently needed,” said auditors.

State auditors noted face masks have an expiry date. The DBM-PS also does not have a clear policy when it comes to pricing, said auditors.

“Interview statements of Marketing and Sales Division also revealed the absence of policy in place to clearly execute the range of discount the DBM-PS may offer, and has not monitored the fluctuation of selling prices in the market. Price monitoring is only conducted by DBM-PS during the purchase of common use supplies and equipment through market surveys,” said auditors.

Of the private suppliers that the DBM-PS bought the high-priced face masks from, Pharmally Pharmaceutical Corp was included. Pharmally was among the companies flagged earlier by Senator Franklin Drilon to have sold overpriced test kits to the DBM-PS.