VACCINE. In this file photo taken on March 18, 2017, a sign for Pfizer is seen on a building in Cambridge, Massachusetts. 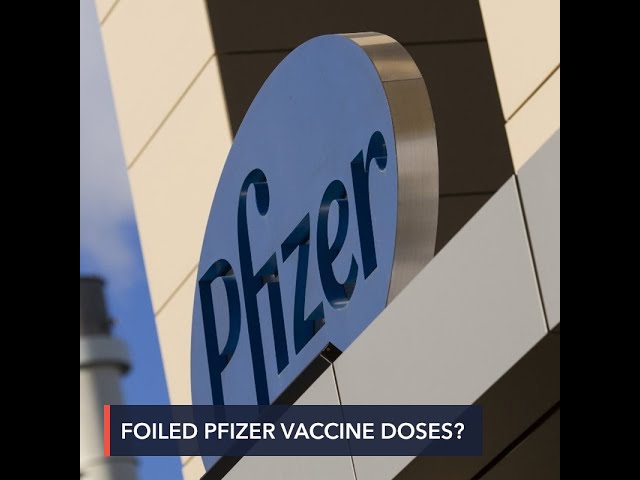 As the Philippines struggles to secure enough doses of a COVID-19 vaccine, Foreign Secretary Teodoro Locsin Jr said on Tuesday, December 15, that an offer was made to secure the country 10 million doses of Pfizer and BioNTech’s vaccine for as early as January 2021.

But the arrangement supposedly fell through, Locsin said, as “somebody dropped the ball” on the possible purchase of the vaccine facilitated by Locsin and Philippine Ambassador to the United State Jose “Babe” Romualdez with US Secretary of State Mike Pompeo.

“That said my thanks just the same to US Sec of State Mike Pompeo we – Babe Romualdez and I – got 10 million doses of Pfizer financed by World Bank and ADB to be shipped thru FEDEX to Clark in January. But somebody dropped the ball,” Locsin tweeted on Tuesday.

Locsin did not disclose further details when asked who was responsible for the missed opportunity. The foreign affairs chief instead said Philippine vaccine czar and National Task Force Chief implementer Carlito Galvez Jr was already ordering doses of Pfizer’s vaccine, which has been the first to be used in countries that have started their mass vaccination campaigns against the disease.

In a briefing at Malacañang earlier on Tuesday, Presidential Spokesperson Harry Roque said he had “no idea” who Locsin was referring to.

Despite this, Roque denied the government failed to act early in securing supplies of Pfizer’s vaccine, citing as proof Locsin’s negotiations with Pompeo.

(I know Secretary Locsin negotiated earlier on since I remember that meeting and it was early in 2020 when Secretary Locisn was negotiating. Not just negotiating, but had agreed that America would give us Pfizer vaccines.)

Locsin likewise brushed aside notion the Philippines failed to act fast enough to secure supplies of a vaccine.

“No. We did not miss the bus because we were slow to act. Babe and I were fast. Offers poured in. But there are none so slow as those who never had the intention to catch the bus,” he said.

While negotiations were ongoing between Pfizer officials and the government, no purchase of a specific number of doses have been announced. Galvez earlier said the country remained in talks with the company but declined to give details as it was now covered by a confidentiality agreement.

Pfizer has so far signed deals with a number of governments, including Singapore, Japan, and the European Union to supply doses of its vaccine.

Romualdez earlier said Pfizer was ready to supply the Philippines with doses of its vaccine once it was approved by local regulatory authorities. – Rappler.com