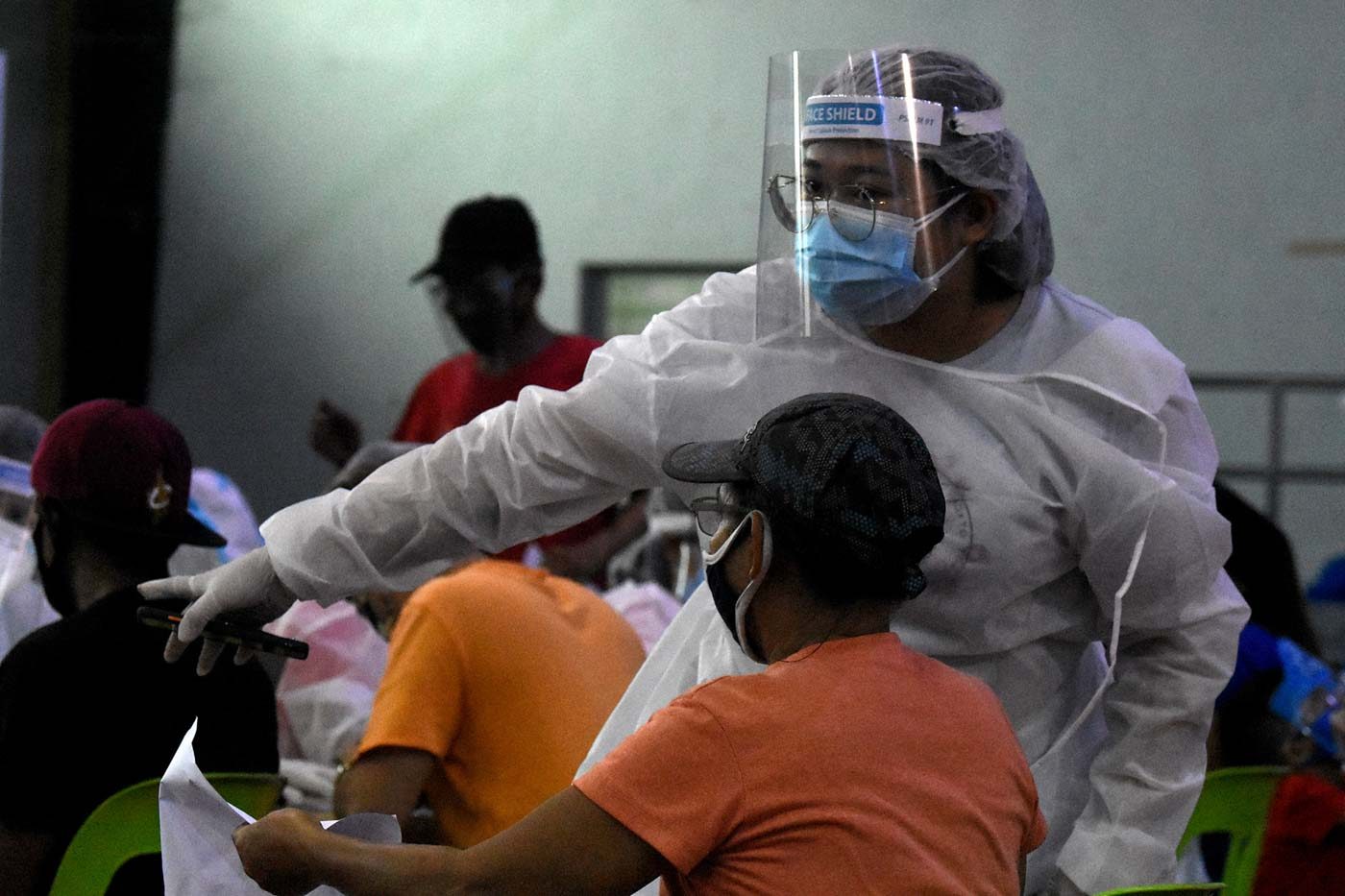 A volunteer directs a resident to the registration area at the gym where free swab tests are conducted for the residents of Navotas CIty on August 10, 2020. Phtoo by Angie de Silva/Rappler

Martires told reporters that the order was specific to the issue of alleged delay in releasing benefits to health workers, but the overall pandemic investigation into the DOH was still ongoing.

Preventive suspensions are imposed by the Ombudsman to forestall the involved officials from either tampering with evidence or influencing witnesses.

This was Martires’ first action since opening the investigation last June. The investigation, the Ombudsman said, would include embattled Health Secretary Francisco Duque III.

The investigation would look into:

While fact-finding investigations are usually confidential, this investigation was publicly announced and subpoenas were sent to DOH officials.

DOH’s slow response to the subpoenas was part of the delay in the investigation, Martires earlier said.

Martires was recently criticized for statements made to Congress about stopping lifestyle checks, and ordering prosecutors to look at which corruption cases they can drop.

The Office of the Ombudsman has the mandate to investigate and prosecute officials for corruption but in a recorded message aired Tuesday, President Rodrigo Duterte said he had ordered the Department of Justice to investigate corruption “in the entire government.”