EDUCATION ASSISTANCE. Thousands of people trooped to the DSWD head office in Quezon City to avail of the educational assistance, August 20, 2022.

MANILA, Philippines – After a day of chaos in and out of their offices nationwide, the Department of Social Welfare and Development (DSWD) called for the help of cities and municipalities in distributing the agency’s highly anticipated education assistance.

DSWD Secretary Erwin Tulfo announced in an online press conference on Saturday afternoon, August 20, that the department is in the process of forging a memorandum of agreement with the Department of the Interior and Local Government (DILG).

Once formalized, there would be a more spread-out distribution network. Instead of going to DSWD offices, Filipinos who need assistance would only need to go to their local governments. 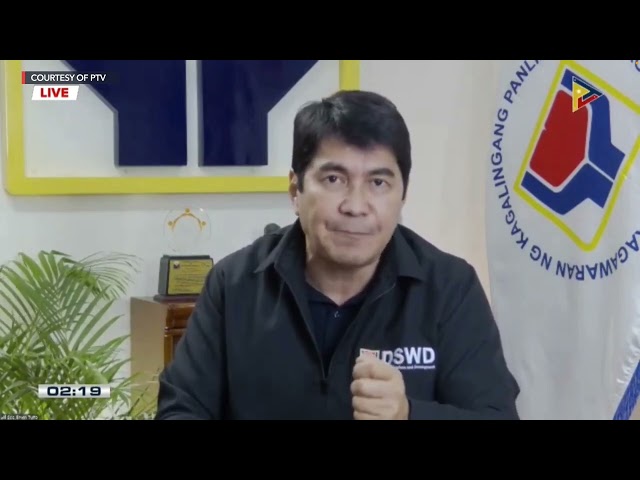 “I am sorry. I apologize if you were not able to receive cash aid. But we did not say we will give everyone cash aid within today,” Tulfo said in his press conference, addressing the disappointed Filipinos.

The DSWD did not expect that Filipinos would come in droves to their offices on Saturday. At the DSWD’s main office, parents started falling in line at 7 pm on Friday – some reportedly as early as Friday afternoon. By 7 am Saturday, too many people were already lined up that the department had to cut off the line.

This, however, did not stop the parents from staying, still hoping to get the promised help.

Only up to three students per family can participate in the six-week program, which has been scheduled on Saturdays, from August 20 until September 24.

DSWD-Cagayan Valley shared photos of the droves who went to their field offices across the region on Saturday. The regional office said around 12,000 people sought cash aid for indigent students on that day alone.

Kabataan Party-list on Saturday slammed the DSWD as “ill-prepared,” saying that people who sought help were not to blame for the distribution system crashing on Saturday.

“The chaotic long lines at the DSWD are proof not of the laziness of Filipinos but of the lack of preparation of the government for the opening of schools,” Kabataan said in a statement in Filipino.

The DSWD allotted at least P500 million to distribute to poor students. Tulfo assured the public that the funds were enough for all who needed them.

The challenge now is how the DSWD plans to distribute the money without the repeat of the Saturday incident.

Terry Ridon, former chair of the Presidential Commission for the Urban Poor, said that the DSWD should have anticipated the number of people who would avail of the education aid, and better prepared for it.

“Government should not blame the poor for lining up in DSWD offices as they were only following agency announcements and they were rightfully claiming their cash aid today. It should have expected the flurry of people going to DSWD offices, and coordinated with other government partners to better manage the crowds,” Ridon said in a statement. – Rappler.com