Facebook Twitter Copy URL
Copied
Even as Filipinos suffer from one disaster after another, President Rodrigo Duterte and other officials manage to crack sex jokes in a briefing on Typhoon Ulysses 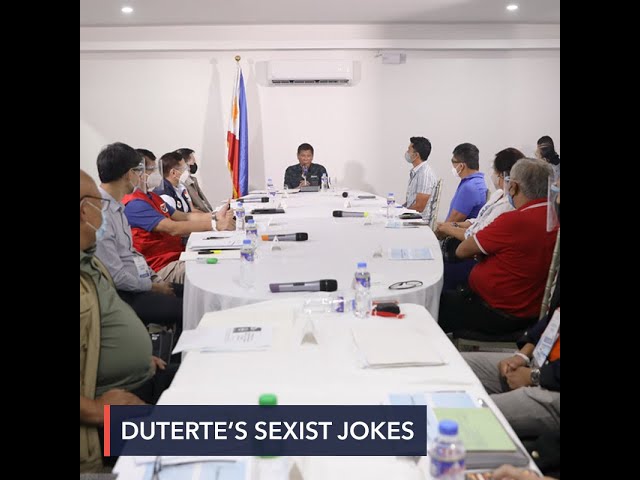 As President Rodrigo Duterte and national and local officials ended their situation briefing on the effects of Typhoon Ulysses (Vamco) in the Bicol region, they also joked about being “undersexed” and having “too many women.”

In the publicly aired briefing in Camarines Sur on Sunday, November 15, the President talked about appointing officials who are “competent,” and how he can rely on the military for these kinds of officials.

He also mentioned a local official in Camarines Sur, who he said was his classmate in law school.

(Congressman LRay Villafuerte told me I’m undersexed. Undersexed. That’s why you should make me a Cabinet secretary so I’ll no longer be undersexed.)

Laughter could be heard from others present in the room. 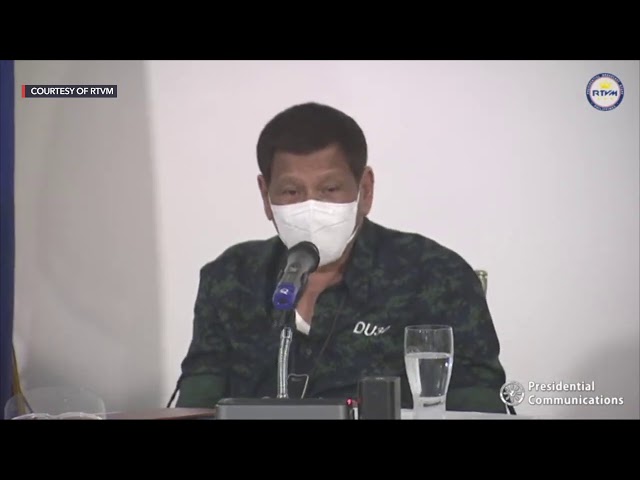 The group even laughed about someone who recently died of COVID-19. Duterte joked the man was “kulang sa babae” (deprived of women).

Before visiting Camarines Sur, the President was in flood-hit Cagayan earlier on Sunday.

The Duterte administration has faced public anger over its handling of Ulysses and other recent disasters.

Ulysses is so far the deadliest tropical cyclone to hit the Philippines in 2020, with at least 67 fatalities as of Sunday. – Rappler.com