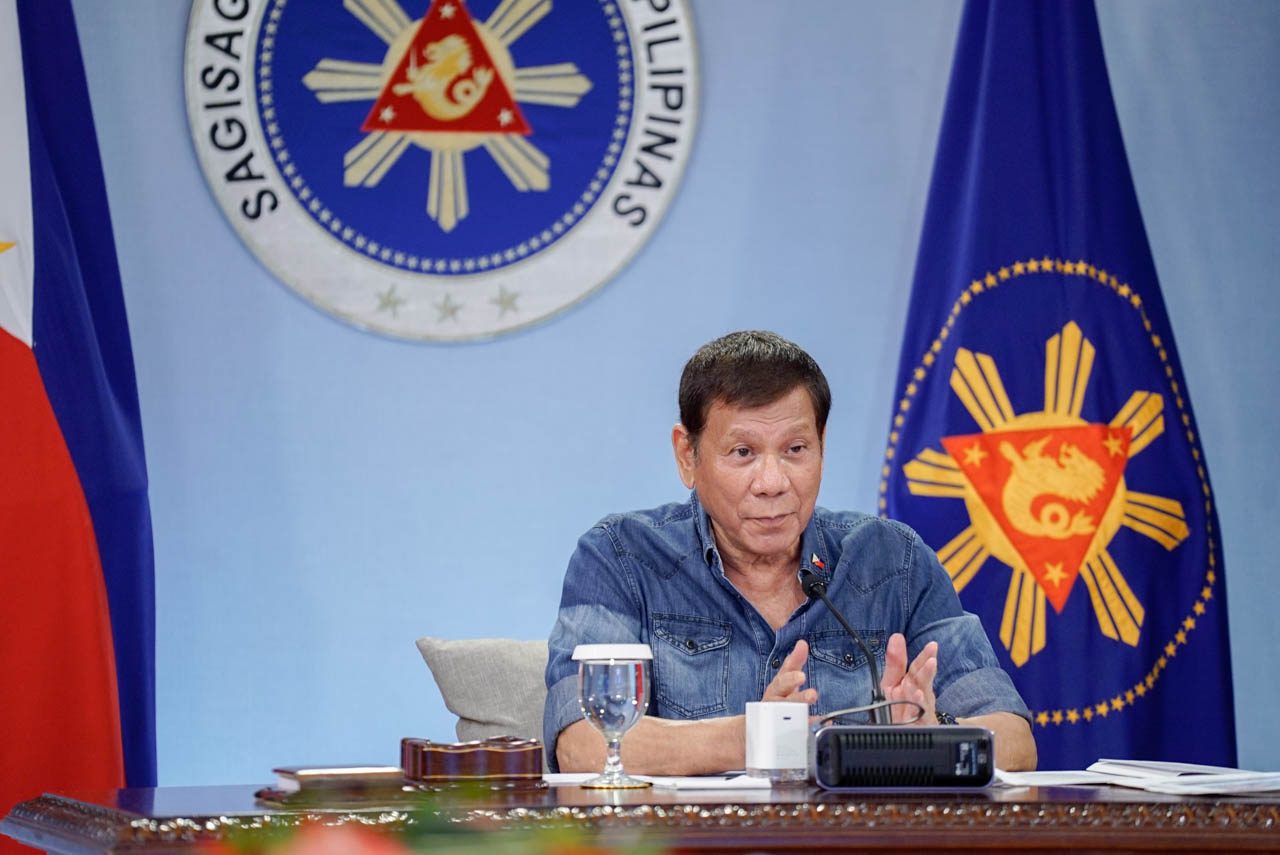 WAIVE? President Rodrigo Duterte holds a meeting with the Inter-Agency Task Force on the Emerging Infectious Diseases core members at the Malacañang Golf Clubhouse in Malacañang Park, Manila, on April 12, 2021.

As the Philippine government struggles to combat vaccine hesitancy amid a raging pandemic, President Rodrigo Duterte declared on Monday, April 12, that he would “waive” his COVID-19 vaccine.

(Me, I’ll waive it. If you’re 70 years old and above, what do you get? You can just dream, dream of living ’til kingdom come.)

Duterte also sounded like he believed people his age are not in the government’s priority for vaccination anyway. This is false, as the elderly are actually Top 2 on the priority list, coming after health workers.

“If anybody wants to have it, they can have it. We are not in the priority anyway, ang unahin natin ang mabubuhay pa (let’s put first the people who will still live long),” said the 76-year-old President.

The sentiment may have arisen from an initial Food and Drug Administration (FDA) recommendation that the Sinovac vaccine, CoronaVac, not be used among the elderly. Duterte, despite public calls for him to take a COVID-19 vaccine as soon as one is available to boost vaccine confidence, could not be given CoronaVac because of his age.

The FDA has since allowed the use of CoronaVac on senior citizens.

(Me, I’ll waive it, to whoever wants my slot…. I’ve actually been, “If it’s my time, either because of COVID, or bullets, or whatever tragedy, I have no illusions about life or death.”)

Previously, various groups were calling for Duterte to be vaccinated in public to boost worrisomely low vaccine acceptance among Filipinos.

A poll conducted by Pulse Asia in late February as the vaccination program started showed that 6 out of 10 Filipinos didn’t want to get vaccinated. Back in late January, an Octa Research group survey found that only 19% of Filipinos are willing to get vaccinated. Malacañang previously said Duterte prefers the vaccine of Chinese firm Sinopharm, a vaccine which is yet to be covered by emergency use authorization (EUA) from the FDA. Despite this, some members of Duterte’s security detail received unauthorized Sinopharm shots in 2020.

FDA Director General Eric Domingo reported to Duterte that Sinopharm has not submitted requirements needed to process an EUA application, though a representative has written to the agency to apply. – Rappler.com