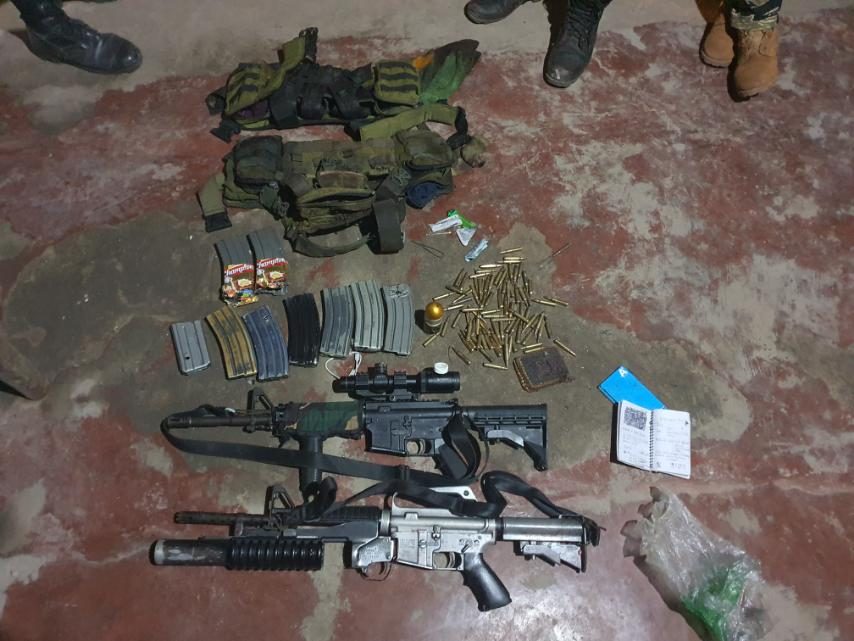 Facebook Twitter Copy URL
Copied
The killing of the 3 also cut off the financial support being sent through them to the Abu Sayyaf in Sulu, says Major General William Gonzales

Members of the Philippine Army killed a suspected Egyptian terrorist and 2 other members of local terror group Abu Sayyaf, during an encounter in Patikul, Sulu, Friday night, April 16.

The Egyptian, who was known as alias Yusop, was killed by forces of the 1102nd Infantry Brigade under the Philippine Army’s 11th Infantry Division Friday, said a report by the Joint Task Force-Sulu.

The military said the 3 terrorists were “under the group of Mudzrimar ‘Mundi’ Sawadjaan, who is the behind the twin suicide bombings in Jolo in August 2020 as well as the Jolo Cathedral bombing in January 2019.”

Yusop “has been volunteering as a suicide bomber since joining the group of late Hatib Hajan Sawadjaan,” said Major General William Gonzales, commander of the 11th ID.

Gonzales added that Yusop’s mother, also a suicide bomber, and stepfather were earlier killed in separate operations in Sulu.

“This is one less suicide bomber. Without them, the possibility of another attack is slimmer,” said Gonzales.

Gonzales said the killing of the 3 also cut off the financial support that was being sent through them to the Abu Sayyaf in Sulu.

“All things considered, we are optimistic that Mundi will soon meet his end,” said Gonzales.