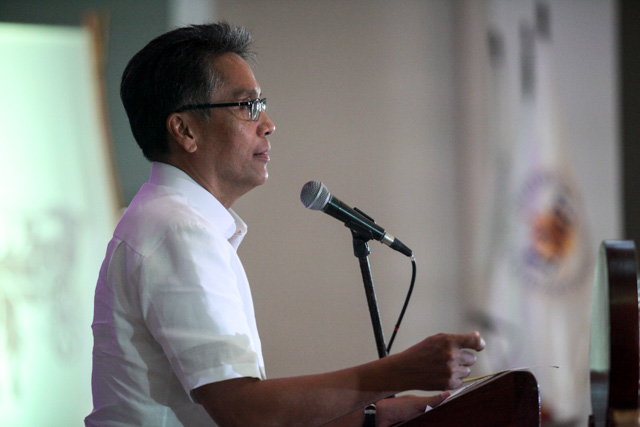 MANILA, Philippines – When President Benigno Aquino III heaped praises on Interior Secretary Manuel Roxas II, it was not just an empty compliment or yet another attempt to boost the Liberal Party standard-bearer’s popularity in time for 2016.

The praise is rooted in the toughest moments they’ve shared together, especially at the tail end of the 2010 presidential campaign when the two were running for president and vice president, respectively.

Toward the homestretch of the 2010 race, Aquino found himself without a campaign manager after Serge Osmeña (now senator) left amid infighting within the team.

It was Roxas who stepped up, whipping the team into shape from mid-March to April, wrote Chay Hofileña and Miriam Grace Go in the book “Ambition, Destiny, Victory: Stories from a Presidential Elections.”

At the time, Roxas’ decision to focus on Aquino’s campaign rather than his own made sense. His survey numbers were great; he was way ahead of his rivals Loren Legarda and Jejomar Binay in the vice presidential preference polls.

He knew he had enough cushion that would allow him to run Aquino’s campaign. Thus by the middle of March 2010, Roxas began holding daily meetings with the staff to plot Aquino’s activities, joining campaign sorties only after lunch.

That judgment call came at a heavy price.

From being a shoo-in for the vice presidency, Roxas and his team saw the steady rise of the man who would win a come-from-behind victory: Jejomar Binay.

In a Social Weather Stations survey released the week before the May 2010 elections, Binay suddenly rose by more than 12 points, narrowly edging out Roxas.

By the time Liberal Party leader and his team finally took notice of Binay’s numbers, it was too late.

So back in April 2014, when Roxas dismissed early surveys putting him at rock bottom, he had 2010 in mind. It’s a long way to go before voting day, as far as he’s concerned.

When we asked him what’s the biggest lessson he’s learned from 2010, Roxas told Rappler: “Don’t take things for granted.”

It appears now that he has taken this lesson to heart – gauging from the steps (and missteps) he has made to finally get what he’s getting on Friday, July 31, at the historic Club Filipino: an endorsement from the President he helped win, and the party that brought them together.

It hasn’t been easy.

In June 2011, a year after his big loss, Roxas was appointed Secretary of the Department of Transportation and Communications (DOTC).

He became one of Aquino’s closest advisers, as the President consulted him on issues that went beyond his department’s concerns – politics included. (READ: Aquino’s inner circle)

He was – and continues to be – among the prominent personalities of the so-called “Balay” faction in the Palace, or the group associated with the LP.

He was eventually appointed Secretary of the Department of the Interior and Local Government (DILG) after the death of its former chief, Jesse Robredo, in 2012. 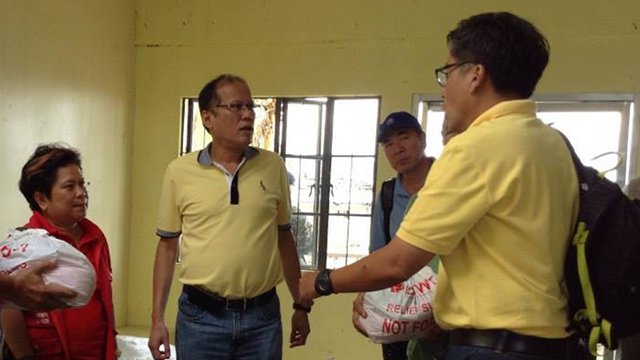 As DILG chief, Roxas was at the frontlines of the Aquino administration’s biggest crises, particularly in 2013: the quake that hit the Visayas, the Zamboanga siege, and the devastation of Super Typhoon Yolanda (Haiyan).

Roxas’ performance in the latter 2 crises, critics and some allies say, will be used by his rivals during the campaign.

Roxas was accused of bungling operations during the protracted Zamboanga siege by Muslim rebels. Records showed that among those killed were 183 Muslim rebels, 18 soldiers, 5 cops, and 12 civilians.

Roxas was also criticized heavily for the government’s response to Yolanda, which saw majority of the Eastern Visayas region down on its knees.

There’s irony, however, that Roxas found himself out-of-the-loop in the lead-up to what would be the biggest crisis of the Aquino administration: “Oplan Exodus,” a Philippine National Police (PNP) Special Action Force (SAF)-led operation that claimed the lives of more than 60, including 44 elite cops.

Roxas, who is also chairman of the National Police Commission, did not know of the operation until after the casualty reports came in. In contrast, Aquino was in briefings with his friend, then suspended PNP chief Alan Purisima.

At the height of the Masamapano crisis, Roxas’s friends and supporters advised him to step down as DILG chief.

Roxas told Rappler that while the clamor for him to quit was intense at the time, he ultimately decided against it.

He said doing so would have simply satisfied his ego – a “selfish move.” 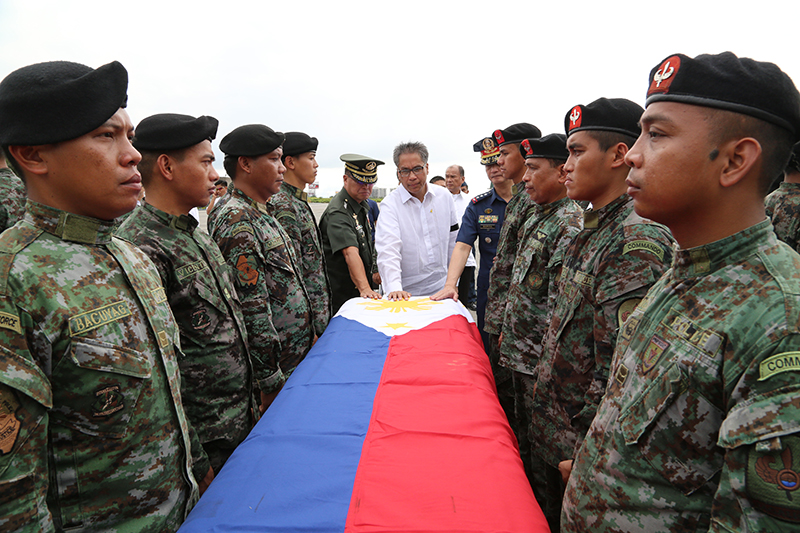 And when Aquino made him wait for his endorsement, he waited. He waited and went through the motions of meetings, consultations, and dinners with the one who almost snatched it away from him: Senator Grace Poe.

Not a few were puzzled by all this. But Roxas did say in 2009: “Hindi kami maghihiwalay ni Noy. I will stand by him.”

Roxas once referred to Aquino as his “Dinggoy,” Roxas’ younger brother who died of cancer in 1993. “I tell you now and make no mistake, Noynoy is my Dinggoy. He’s my brother. He’s the brother that I lost. You have to work harder for Noy then than you work for me,” Roxas is quoted as telling his campaign team in “Ambition, Destiny, Victory.”

It was because of the untimely death of Gerardo Manuel “Dinggoy” Roxas Jr. that Roxas was thrust into the political sphere.

Roxas was already a successful investment banker in the US. Politics was supposed to be the playground of his younger brother, who was “cuter and fairer,” in Roxas’ own words.

Roxas entered Congress in 1993 as the newly-elected representative of Capiz halfway through Dinggoy’s term.

Dinggoy is not the only Roxas who preceded the interior secretary in politics.

His namesake, Manuel Roxas, who was president of the Philippines from 1946 until his death in 1948, founded the Liberal Party in 1946. His father, Senator Gerardo Roxas, is credited by the LP as one of its members who was relentless in fighting the regime of Ferdinand Marcos. 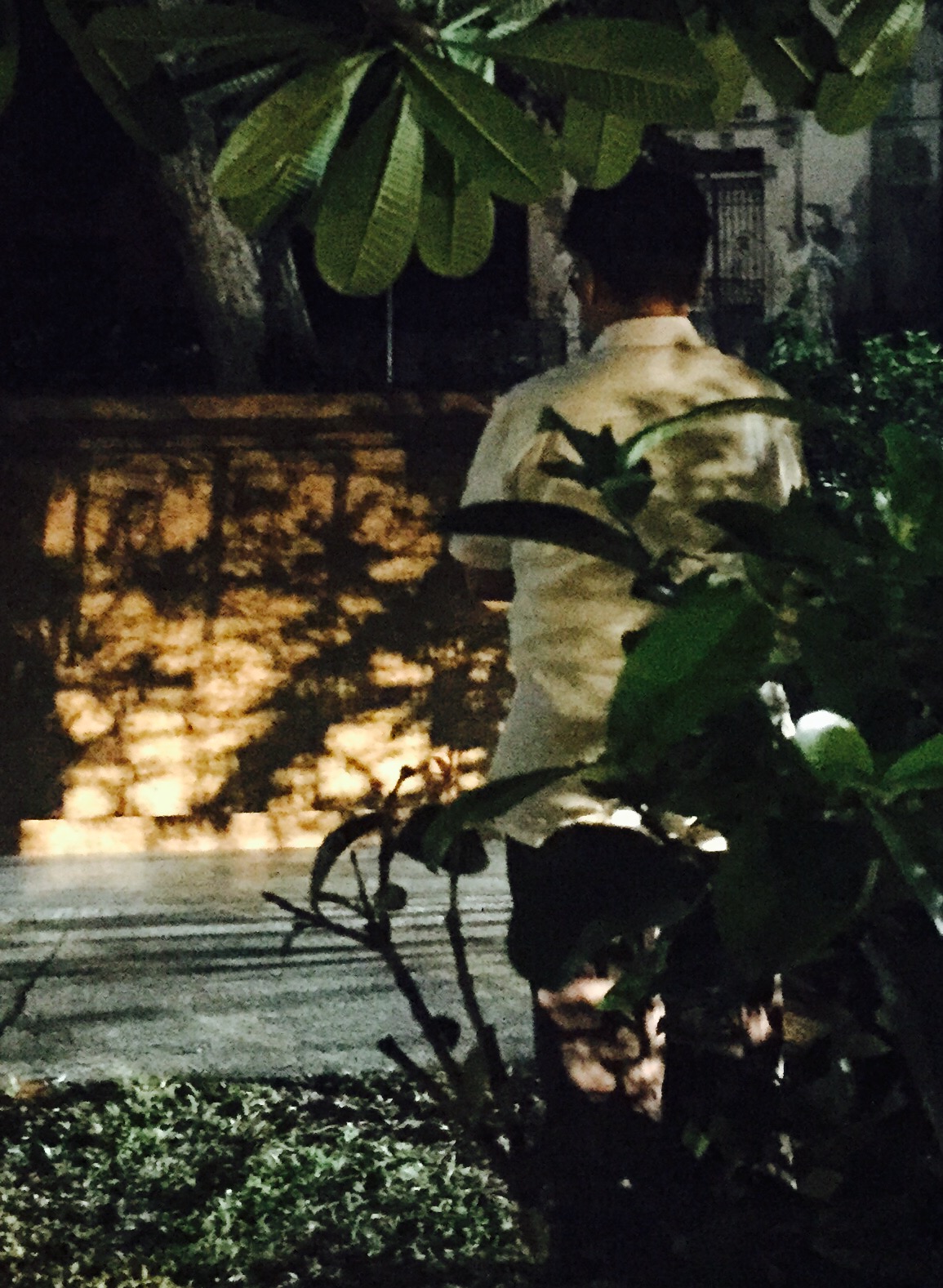 On Wednesday evening, July 29, on the eve of the President’s endorsement of his candidacy, Roxas visited the graves of his grandfather, father, and brother in North Cemetery to “seek guidance and strength,” according to Yacap partylist representative Carol Lopez, one of several political allies who accompanied Roxas to the late night trip. (READ: All roads lead to Club Filipino: Aquino to endorse Roxas)

(After I spoke with President Aquino yesterday afternoon, I made sure to take the time to visit my grandfather, father, and brother who were also once public servants. Their names are clean, their track record is good and I felt like I wanted to bond with them.)

Roxas turned emotional, his voice cracking, when he continued to explain why he decided to pay his relatives a visit. It’s the work of his grandfather, father, and brother that guides him to this day, he said.

It’s been indeed a long and winding road to Club Filipino.

For years, Roxas dodged questions about 2016 by saying, “Darating at darating rin tayo diyan (The time will eventually come).”

The time has finally come. But he knows how tough it’s going to be – even if he will make sure not to take anything for granted this time. – Rappler.com