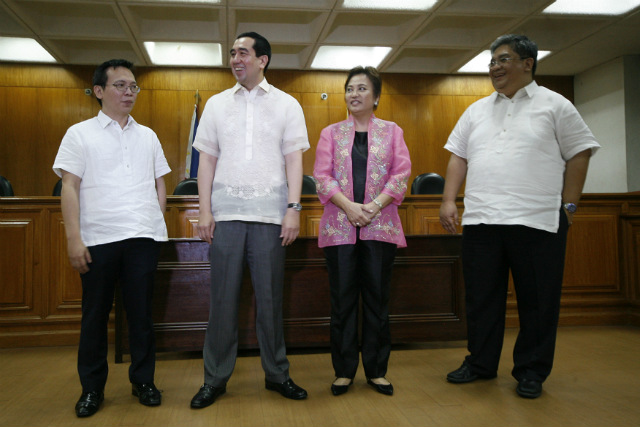 MANILA, Philippines – The Commission on Elections (Comelec) on Tuesday, August 4, said it will hold two crucial meetings this week before it soon decides how to pursue automated elections.

In a media briefing, Comelec spokesman James Jimenez said the Comelec will consult with its advisory council on Wednesday, August 5.

The Comelec on Thursday, August 6, will then meet with the joint congressional oversight committee on the automated election system.

In these meetings, Jimenez said, the Comelec is weighing two choices:

“Mahalaga po ‘yung consultation. Gusto po natin makuha ‘yung opinyon ng mas maraming tao kaysa na masabi na Comelec lang ang nag-decide on its own,” Jimenez said. (The consultation is important. We want to get the opinion of more people so it cannot be said that the Comelec only decided on its own.)

He stressed that this is important especially because at stake is the presidential elections.

The consultations come as the Comelec narrows its options for the 2016 elections.

On Friday, July 31, the Comelec awarded to technology provider Smartmatic a major contract for the lease of 23,000 vote-counting machines.

Smartmatic seems poised, as well, to win another major deal – for the lease of 70,000 new machines.

Jimenez said the Comelec bids and awards committee has recommended giving to Smartmatic the deal for the lease of 70,977 vote-counting machines.

On Thursday, July 30, he said the Comelec en banc has yet to approve this recommendation.

On Saturday, August 1, the Comelec opened the second round of bidding for the refurbishment of PCOS machines.

The bidding failed after the the Comelec bids and awards committee declared the lone bidder, the joint venture of Dermalog, Avante, and Stone of David as ineligible.

Citing the lack of time to implement the project, Smartmatic didn’t join the bidding, reports said.

The Comelec is weighing these options as the Philippines prepares for its 3rd automated elections. The country is set to choose the successor of President Benigno Aquino III in May 2016. – Rappler.com