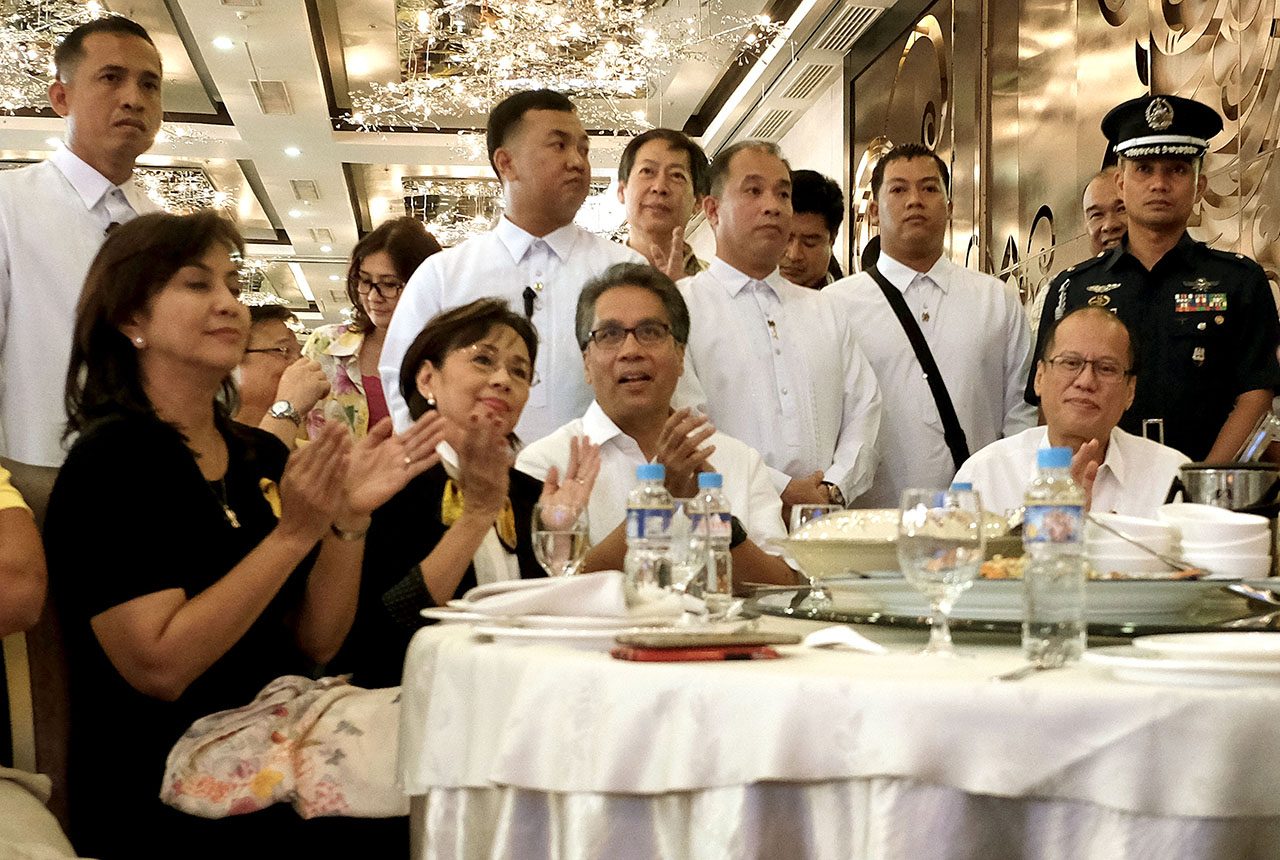 “Nagbibiro lang kami ni Governor Vi. Sabi ko sa kanya: Siya na lang (I was joking around with Governor Santos-Recto. I told her: She should run instead of me),” Robredo told reporters on the sidelines of a Liberal Party-led event in San Juan.

Robredo, widow of the late interior secretary Jesse Robredo, is only on her first term as representative. She said her running for a higher post was “too soon.”

“I’m still at a point where I’m undecided if I should run for the Senate and from out of the blue, this comes out. It’s really not an option at this point. And we’re not even talking about it yet,” Robredo said.

She said she was still hopeful that talks between Roxas and Poe would be fruitful.

The only thing that would convince her to run for vice president? “If I’m indispensable,” said Robredo.

“But for now, I don’t think I am. There are a lot of options – people who are more qualified. I don’t have a monopoly on good intentions. I’m aware of my limitations, I’m realistic about my targets,” she added.

Various Rappler sources said Robredo is one of 3 being considered by Roxas as his running mate. The other two are Senator Grace Poe and Senator Alan Peter Cayetano. (READ: Who will be Mar’s VP?)

Santos-Recto, also rumored as a likely vice presidential bet of Roxas, attended the Tuesday gathering and sat beside Roxas, but she dismissed the idea. She said she would rather run for Congress.

Poe is still ‘Plan A’

And despite all indications showing that she’s bent on running for president, Poe is still being considered by LP members as a possible Roxas running mate – their “Plan A.”

“Of course we stick to A, we’re praying for A, Hopefully, A will still come out,” LP acting president and Transportation Secretary Joseph Emilio Abaya told Rappler on Tuesday. (READ: Who will be Mar Roxas’ VP? List: Poe, Robredo, Cayetano)

This, despite the Tuesday announcement of Nationalist People’s Coalition (NPC) president and Isabela Representative Giorgidi Aggabao that Poe would be gunning for the presidency, with Senator Francis Escudero as her vice president.

Aggabao said the NPC will be supporting Poe “when they declare their candidacy.”

Abaya dismissed this, noting that “some” NPC members were also at the Tuesday gathering in San Juan City.

“Before I stir the hornet’s nest, I wanna make sure that they made such statements if indeed [Poe] has made that decision,” he said.

Abay echoes the hopes of many in the LP for Poe to be Roxas’ running mate under the broad LP-led coalition’s banner.

The wooing of Poe was led by no less than President Benigno Aquino III, who is also chairman of the LP.

But after at least 4 meetings spread over several months, it seems as though Poe has decided to take a different path from those in the ruling party. Poe is the top choice for president, according to the latest preference polls, while Roxas has been lagging behind.

Should Poe run for president, it’s likely the LP-led coalition will break apart. “That possibility is there. We’re still hoping that we could… [it’s] just the fact that the President has faith that he can keep the coalition together,” said Abaya.

Should talks with Poe falter, what’s next for the LP? “Good planners also don’t reveal all their plans,” said Abaya. – Rappler.com