MANILA, Philippines – As much as Grace Poe is anchoring her presidential campaign on her father’s pro-poor aspirations, the mix of people who turned up at her declaration event was very much like Fernando Poe Jr’s supporters in 2004. (READ: Grace Poe: I offer myself as your president)

Entertainment personalities, politicians from different parties, and ordinary folks from different cities and provinces trooped to the University of the Philippines Bahay ng Alumni on Wednesday, September 16, for Poe’s much-awaited announcement. (READ: Festive mood as Poe supporters flock to UP)

Below are some of the people that Rappler spotted among the thousands at the event:

She said she doesn’t mind going through another presidential campaign since the circumstances, candidates, and the overall situation of the country are different now compared to when her husband FPJ ran 11 years ago. 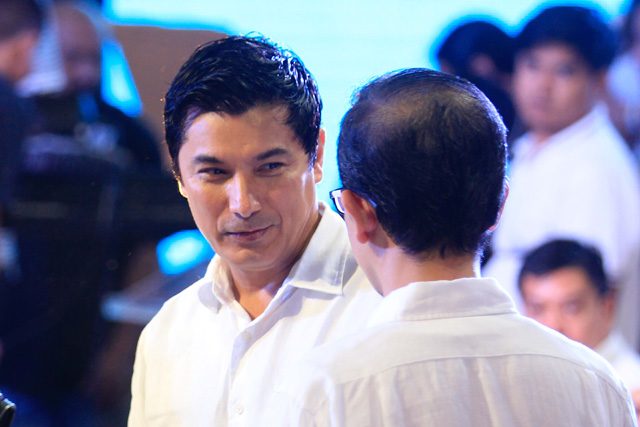 Roselle said she has a “deep relationship” with Poe. Mother Lily, meanwhile, went to Roxas event because President Aquino is their family friend. In the article “15 things you did not know about Grace Poe,” the senator told Rappler of a recent incident when she thought Solis’ Prada bag was an ecobag. Poe called Solis and apologized for the mistake, saying she really was not familiar with designer bags. Among the organizations that were represented at the event was the Filipinos for Peace, Justice, and Progress Movement (FPJPM) – which in 2004 also became the Fernando Poe Jr for President Movement) – headed by Boots Cadsawan.

Groups such as All for Grace, Bagong Umaga Bayan Movement, Aksyon Demokratiko, Changemovers, and Anti-Crime and Poverty International Foundation Inc (ACAPIFI) were also in attendance. 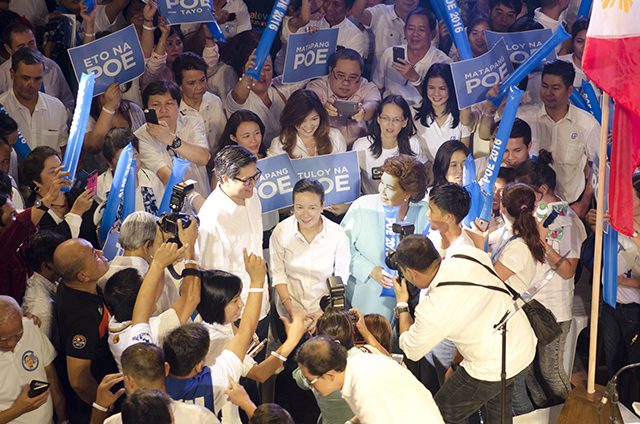 Representatives Giorgidi Agabbao and Mark Enverga, members of the Nacionalist People’s Coalition, came to show their support for Poe while their party is still in the process of deciding who to endorse in 2016. (READ: Grace Poe could propel NPC as PH’s biggest political party) – Rappler.com