Oct 5, 2015 11:03 AM PHT
Facebook Twitter Copy URL
Copied
Leni Robredo once had her life planned out: to be a lawyer like her father. But the EDSA revolution, and meeting Jesse Robredo, set her on an unexpected path into politics. 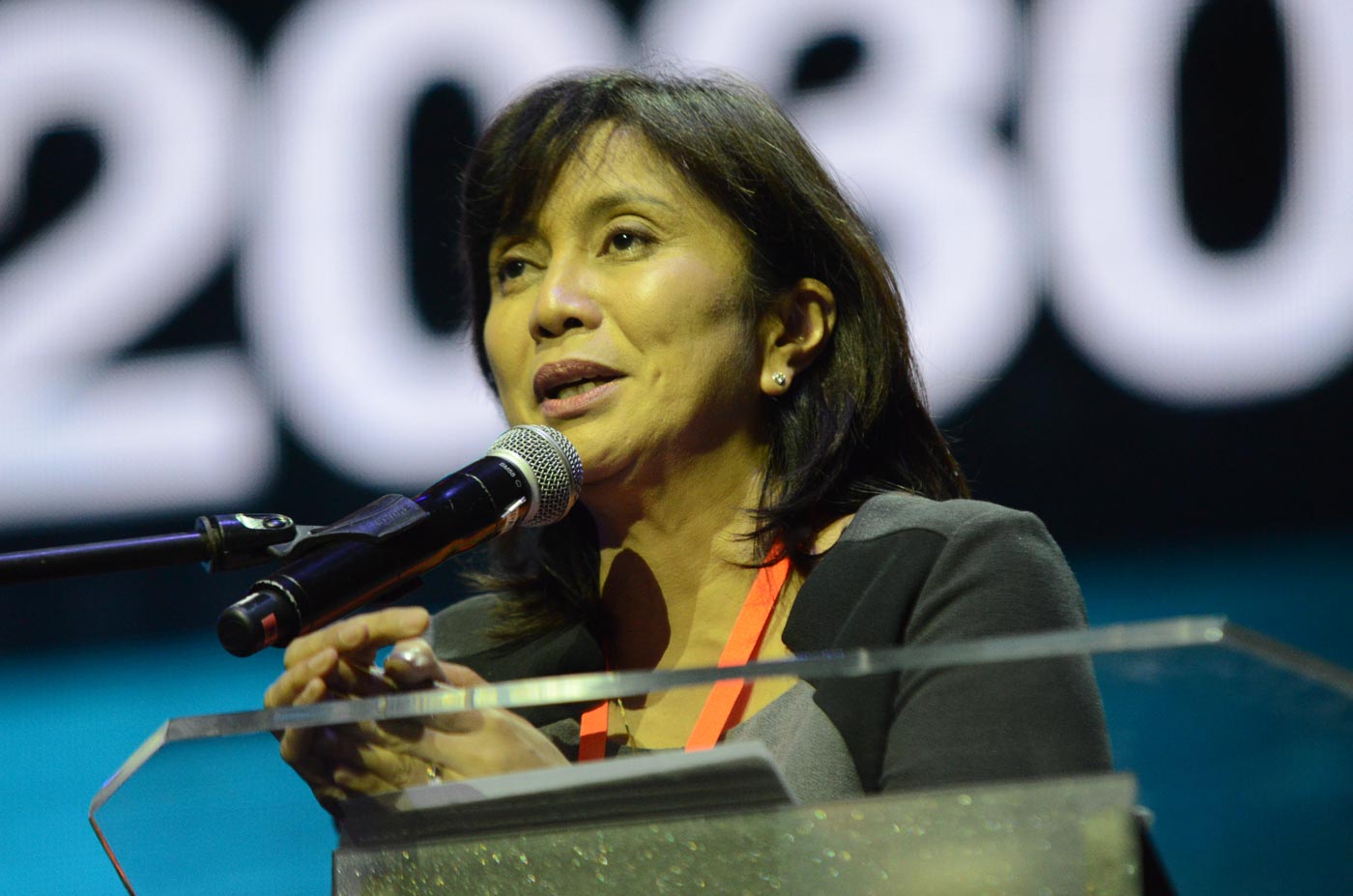 MANILA, Philippines – Maria Leonor “Leni” Robredo had bowed once to public clamor when she decided to run for representative of Camarines Sur in the 2013 elections.

It was a turning point for Leni, who, before her husband’s sudden death in 2012, was known simply as the low-key wife of Interior Secretary Jesse Robredo.

Even during her husband’s early years as mayor of Naga City, Leni had preferred to be out of the spotlight, working as a lawyer for her own causes out of the public eye.

“I kept a low profile in all my husband’s 21 years as a public official. It was the life I chose. It was my decision and I was happy with that decision,” she said in a Rappler forum last September 26.

Jesse Robredo, beloved in Naga and considered an icon of good governance, died when his plane plunged in waters off Masbate. What began as an outpouring of grief over his death eventually snowballed into calls for Leni to continue Jesse’s legacy and join the world of politics.

Three years later, the neophyte legislator has found herself again in the position of being asked to continue a legacy, this time with an even more ambitious goal: the second highest elective position in the land.

How did a lawyer and a politician’s wife go from the background and onto the national stage? While it was her husband’s death that thrust Leni very prominently into the spotlight, it was another political event nearly 3 decades ago that triggered the series of unexpected turns in her life.

“My life was all planned before. After graduating, I would go straight to law school and be a lawyer like my father,” said the 51-year-old Robredo.

“But I graduated in 1986, just after EDSA, and somehow EDSA changed that.”

It was 1986, and Filipinos had just toppled a dictator and won back their freedom. It was a time for optimism, hope, and a desire for reform, and Leni was among those who decided to go into public service in the wake of the post-EDSA euphoria. 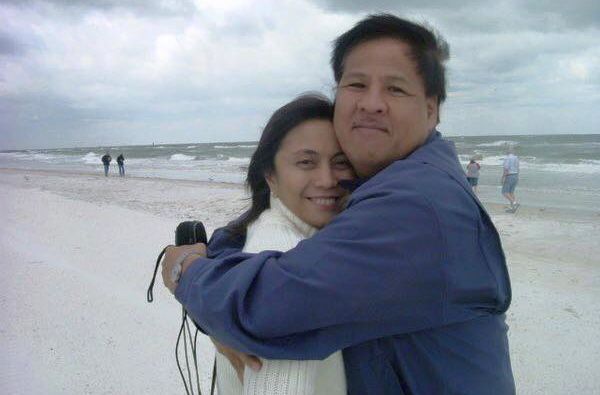 Instead of pursuing law school after finishing a degree in economics, Leni took a job at the Bicol River Basin Development Program.

Leni’s first meeting with her boss-turned-husband was decidedly unromantic: she had brought a recommendation letter from Jesse’s politician uncle, believing it would help her land the job – but Jesse was unimpressed, and told her that that was no longer how things worked.

The encounter was telling of the late interior chief’s character; Leni would later describe him as being on the same wavelength with her, a man who wanted to find more meaning in life and serve his country.

“You could say our love story was born from the euphoria of EDSA, from a passion and desire to truly serve,” Leni said.

While her husband governed a city, Leni became a public attorney to help indigent clients. She later worked with the non-governmental organization Saligan, providing legal help for the poor, fisherfolk, laborers, and marginalized sectors in Bicol. 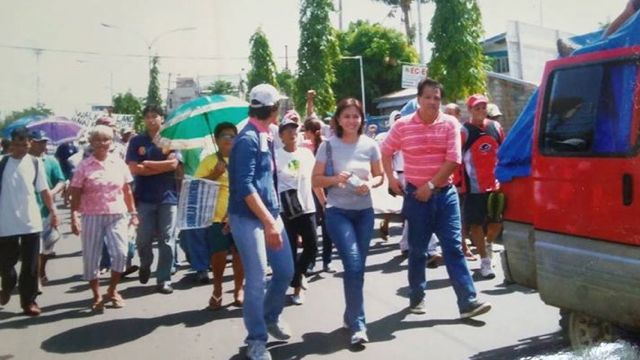 Leni’s private life became increasingly public after her husband’s death. When her supporters started pressing her to consider a life in public service, Leni resisted.

“Never have I anticipated that one day, the torch my husband had been carrying will be passed on to me. But life is really all about facing the unexpected,” she said.

“Despite my early misgivings, I knew I cannot turn my back. I understood that I had to step forward because it was what was being demanded of me then,” she added.

In 2013, voters backed her campaign against a member of the political clan that has ruled Camarines Sur for decades. Leni scored an overwhelming victory against rival Nelly Villafuerte, securing her position with a lead of over 71,000 votes.

As a legislator, Leni focused on bills that sought to promote transparency in government and people empowerment. In her two years so far in Congress, she has filed 110 bills, 24 of which as principal author.

Her first bill was the Full Disclosure Act of 2013, which would require government agencies to disclose their financial transactions instead of simply submitting a statement of income and expenses. It was approved by the House public information committee last year.

She also filed the People Empowerment Bill of 2014, which seeks to create a “People’s Council” in local governments to allow citizens to directly participate in policy-making.

This, she said, was a tribute to her husband’s ‘tsinelas’ (slippers) brand of leadership. The former interior secretary was known for his simplicity and his accessibility to his constituents, whom he often visited while wearing ordinary slippers.

For Leni, keeping up her husband’s legacy also meant maintaining the simple lifestyle that Jesse was known for.

While government officials drew flak for being insensitive to the struggles of Metro Manila commuters, Leni made headlines after a photo went viral showing her waiting to ride a public bus home to Naga. 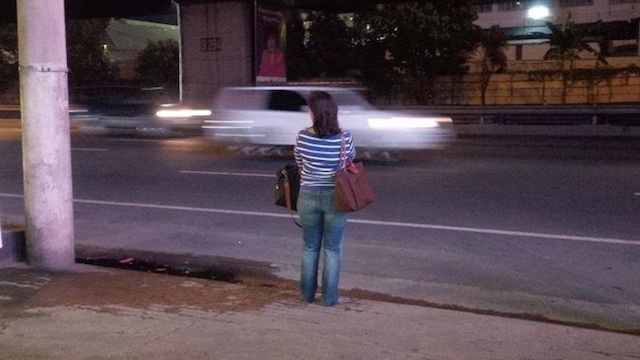 Why Leni for VP

It has now been 29 years since the EDSA revolution that inspired Leni to enter government service. And the son of Cory Aquino, no less, has been among those who has courted Leni to run as the vice presidential candidate of Liberal Party (LP) standard-bearer Manuel Roxas II.

Her “yes” did not come easily. Leni resisted the idea, saying it was “too soon” for a newcomer in politics. But she also didn’t completely shut the door on the LP’s offer. (READ: Leni Robredo: I can’t refuse call to serve)

Asked what would prompt her to accept, she answered: Only if I were indispensable. But as other vice presidential options fell away, she started to emerge as the LP’s only choice; there was no Plan B if she refused. 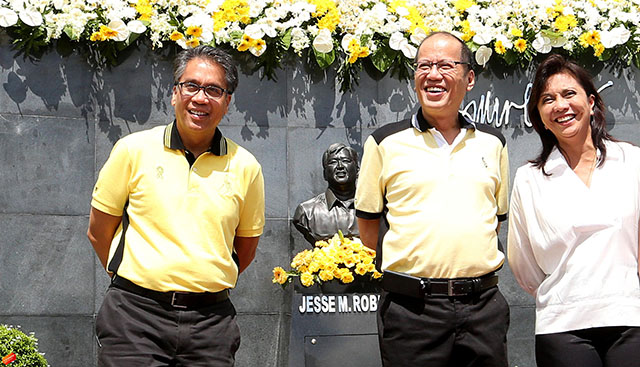 Those pushing Leni into a vice presidential run drew comparison between her and Cory Aquino. Like Cory, Leni is a widow who entered politics because of public clamor and the perception of the need to continue the husband’s legacy.

Leni has the advocacies and the years of experience working with marginalized sectors. To her supporters, she is skilled and competent, with a heart for public service. Most importantly, Leni is perceived to be clean and incorruptible, despite – or perhaps because of – her relative inexperience in politics.

It also helped that she had a knack for knowing how to touch base with ordinary people through simple gestures like taking public transportation and visiting her constituents personally.

(It’s different when you’re given a list of problems on paper and when you actually get out there and experience it.)

“Your effort to make yourself as ordinary as everyone else – this is what gives depth to service,” she added.

But, said former Quezon representative Erin Tañada, it would not be so difficult to improve her numbers.

“It’s not hard to sell her. She has no baggage. It’s very easy to campaign for her,” he said.

But despite all the praise and the pledges of support, Leni for weeks remained undecided on the idea of a vice presidential run. For one, leaving Camarines Sur may mean handing power back to the Villafuertes. And then there was her daughters’ opposition to consider.

She may now be more known as a lawmaker than just Jesse’s widow, but Leni has never forgotten her other role: as both mother and father to her 3 daughters. Even before her foray into politics, while she was still finishing law school, Leni made sure to carve out time in her busy schedule to be with her family.

In between photos of her visiting constituents in Bicol, Leni often posts pictures of her daughters on social media. The 3 girls – Aika, Patricia (or Tricia), and Jillian – tag each other playfully on Twitter, providing a behind-the-scenes look into their close relationship.

My cheerleaders, critics and stalkers pic.twitter.com/FPEIymWDyr

It’s understandable why Leni was hesitant to once again expose her family to the unforgiving political environment, even in the name of public service.

(It seems easy to say ‘Country Above Self,’ but I’m a mother. And I’m not just a mother, I’m mother and father to my children.)

If she were “to be cerebral” about the LP’s offer, the answer would have been no. But Leni is also acutely aware that she is, and will always be, her husband’s wife; Jesse had left her a name and a legacy that she could not so easily ignore.

Up until the day the LP was set to reveal its ticket for the 2016 elections, Leni had shied away from the insistent question: Will she run as Mar’s vice president?

On Monday, October 5, the long road to Leni’s “yes” finally came to an end.

But for Leni, this was the beginning of yet another unexpected turn in her life.

“If there is one lesson that I learned after the death of my husband, it is that we can never really plan too far ahead,” she said.

“There are so many things that happen for a reason, even things that we don’t want to happen to ourselves.” – with reports from Bea Cupin and research from Michael Bueza/Rappler.com