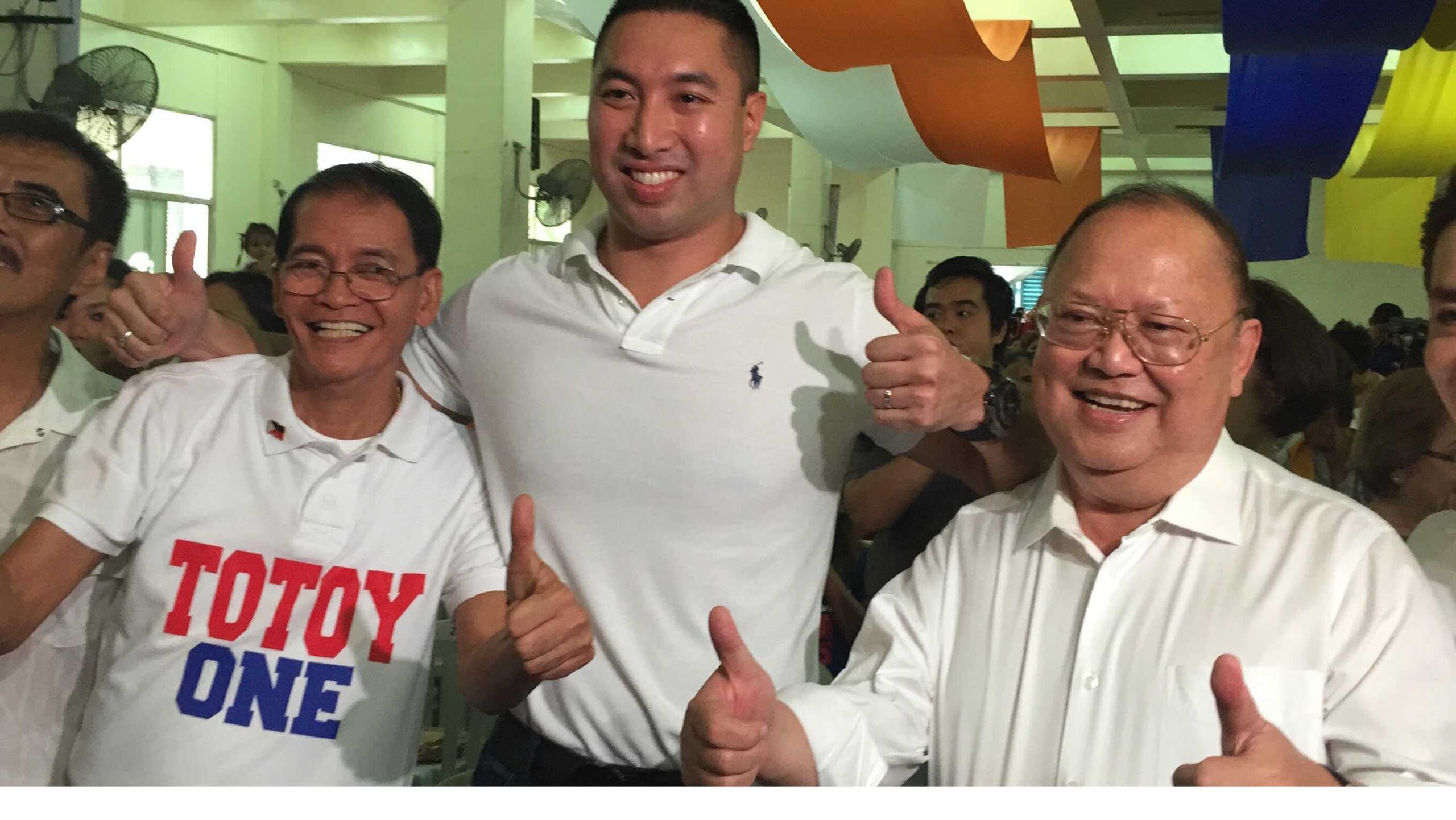 Facebook Twitter Copy URL
Copied
But Vice Mayor Francis Zamora's father himself has been holding posts in San Juan for more than 20 years, in some years

MANILA, Philippines – The case in San Juan is one proof that there are no permanent friends and enemies in politics, only permanent interests.

The Estrada and Zamora families of the city were allied for more than two decades before they had a falling out early this year. Now, the two political forces are up against each other in the 2016 elections.

His running mate is Councilor Totoy Bernardo, who will run against Senator Jinggoy Ejercito’s daughter Janella.

The Zamoras said they are running against the Estrada family to end their 46-year rule in the city, which was started by former President and now Manila Mayor Joseph Estrada in 1969.

The mayor of San Juan, Gomez, has a child with Joseph Estrada, the first Estrada to become San Juan mayor and is now Manila mayor. Their son, JV, is a senator along with Jinggoy Estrada, Joseph’s son with his wife Luisa. Luisa was a former senator while Joseph Estrada was a former president.

Vice Mayor Zamora said his family decided to run against their former allies when the Estradas held a meeting of local officials on June 12, allegedly to get support for a full Estrada slate in 2016.

(When they announced that they would run for all positions in San Juan – from mayor to congressman. When they gave word that the Estrada family should not lose hold of San Juan, that’s when Cong. Ronnie Zamora and I decided to stand up and fight.)

Zamora, a former executive secretary during the Estrada administration, said the Estradas used San Juan for their personal gains.

(Has anyone here watched the movie Heneral Luna? Do you remember what General Antonio Luna said: country or self? Country or business? Here in San Juan, they are the only ones getting rich.)

He said the Estradas are fielding their own family members to run for the top 3 positions in the city.

(Don’t we have other people who could serve here in San Juan except for this one family? Change is needed.)

The political career of the Estradas started in San Juan in 1969, when Joseph Estrada first served as mayor until 1986. While the family did not hold the mayoralty from 1987 to 1992, Senator Jinggoy served as the vice mayor during this period.

In 1992, Jinggoy won as mayor and served until 2001. When he already maximized his term limit, his half-brother JV then took the position and served as mayor until 2010. His mother Guia Gomez then replaced him in 2010. Now, Jinggoy’s daughter and Councilor Janella is reportedly being groomed as the next mayoralty bet in 2019.

The internal feud between JV and Jinggoy appears to be over for now, as the family needs to consolidate their forces against the Zamoras.

For the Estradas, all this is “betrayal,” caused by the supposed ambition of their former friends.

Former President Estrada earlier said he started the political career of the elder Zamora, who he said was not even a native of the city to begin with.

Senator JV Ejercito hit calls of the other camp to “free” San Juan from the reins of his family, as he said there is “no reason for change” in the city. After all, he said, San Juan is among the top performing local government units.

“San Juan has been continuously progressing, no reason for change. It’s them who want to establish a dynasty, by trying to destroy and engage in dirty politics to damage Estrada name in San Juan,” the neophyte senator said.

While the Zamoras call for change against the Estradas, Representative Zamora himself has served in the city for more than 20 years now.

But Francis sees no problem with this, insisting they are not a dynasty. He cited the case in 2010, when, instead of him replacing his father, JV ran for Congress in what appears to be an agreement between the two families.

(We did not pass out position to each other. What they want is to extend their 46 years of holding San Juan. My father didn’t pass his position to me. He is in Congress, a national official while I am a local official.) – Rappler.com