Tolentino pushes for ‘disaster recovery and rehab’ in Senate bid 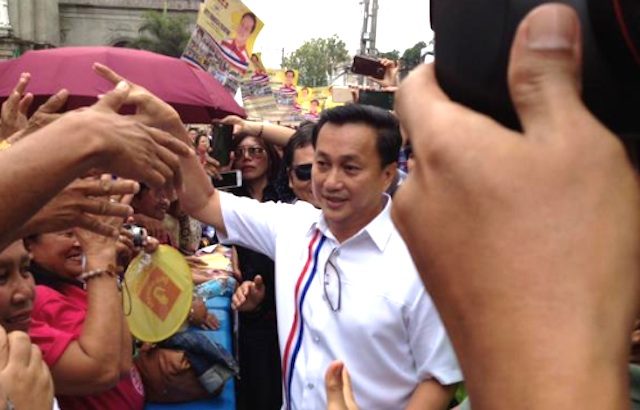 MANILA, Philippines – Saying he would push for measures to keep Metro Manila’s urbanization problems from happening elsewhere in the country, outgoing Metropolitan Manila Development Authority (MMDA) chief Francis Tolentino filed his certificate of candidacy (COC) on Wednesday, October 14, for his Senate bid in the 2016 elections.

Tolentino, who is running as an independent candidate, told reporters after he filed his COC that he would pursue measures on “disaster recovery and rehabilitation” in the Senate.

With his credentials, he said he wants to improve local government units (LGUs) in the Philippines, including Metro Manila. He also plans to spearhead “disaster recovery and rehabilitation,” involving a community rehabilitation recovery trust fund for LGUs.

He said he will also push for health cards for all students, from grade school to college.

Tolentino is running as an independent candidate after he asked to be dropped from the ruling Liberal Party’s senatorial slate. He made the decision after criticism over the “lewd performance” of an all-female group of dancers at an LP  lawmaker’s birthday that he attended.

Following the controversy, Tolentino resigned on October 7, ending his 5-year tenure as head of the agency tasked to oversee the planning and development of the Philippine capital region.

Among other things, the MMDA is tasked to oversee traffic management, flood control projects, urban renewal and land use planning, and public safety.

Under Tolentino’s term, the MMDA has attempted various solutions, such as the relaunch of the Pasig River Ferry, and using social media to provide real-time updates on the traffic situation. – with reports from Paterno Esmaquel II and Katerina Francisco/Rappler.com