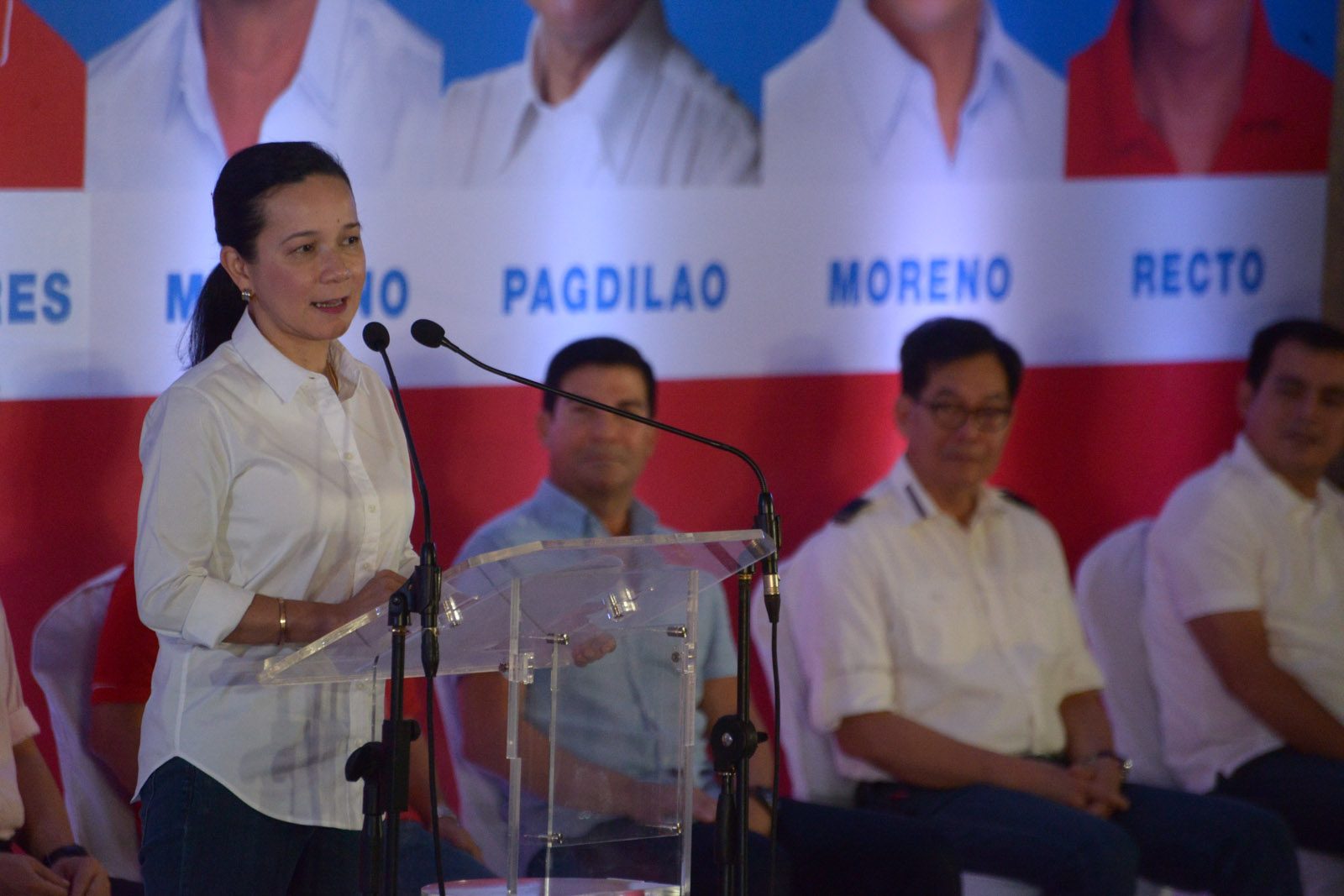 Facebook Twitter Copy URL
Copied
The 12 persons on Grace Poe's Senate slate vow to fight for lower taxes and more jobs in the Philippines, among other advocacies

MANILA, Philippines – They are not part of a single political party in the strictest sense of the term, but they claim to have the same vision: to serve Filipinos with galing at puso (competence and heart).

But beyond the slogan, what are the plans of the 12 senatorial candidates under the banner of Grace Poe and Francis Escudero?

During the official announcement of the Senate slate on Thursday, October 29, candidates talked briefly about how they plan to tackle the country’s pressing issues, such as lowering income taxes, raising the quality of education and health care, and providing more jobs for Filipinos.

Their aim is to get the vote of many Filipinos, and not just the hundreds of supporters who trooped to Club Filipino on Thursday. (READ: Poe’s Senate slate: We have the experience, courage, skill)

More than half of the candidates mentioned the plight of workers in the Philippines and how they want to create jobs and better opportunities for Filipinos.

Manila Vice Mayor Isko Moreno said he wants to be the voice of the poor in the Senate, even adding that he knows what it is like to work long hours and still not have enough every payday.

Bayan Muna Representative Neri Colmenares lamented that 2 million Filipinos still have no jobs. He vowed to fight for them by providing decent jobs.

Another human rights lawyer, Lorna Kapunan, said she will fight for opportunities and a fair-level playing field in business.

Actor and former Makati vice mayor Edu Manzano said Filipinos will not leave the country or even their localities if only there are job opportunities, complete roads and infrastructure, and access to education and health care facilities.

To complement this, prices of commodities – such as food, electricity and water – should also be lowered, according to Colmenares, Recto, and Kapunan.

Colmenares said the daily wage should be increased by an additional P125, while former senator and Philippine Red Cross chair Richard Gordon is pushing for raising the salary of teachers and nurses to P40,000 and P24,000, respectively. Health and education are also foremost in the aspirants’ platforms. Kapunan vowed to provide support for expanded health insurance, and Zubiri wants to strengthen the health sector.

Recto plans to craft laws to provide the poor with access to modern and affordable health care, and access to education and skills training.

In the sector of education, Valenzuela Representative Sherwin Gatchalian noted that 10 million children are still out of school. He said that like Zubiri, he will advocate for quality education.

“Lahat ng kabataang Pilipino, mabibigyan ng pagkakataong makapag-aral at makapagtapos ng kolehiyo,” he added. (All young Filipinos will be given the opportunity to study and finish high school.)

Other advocacies were mentioned on Thursday. Romulo and Zubiri both expressed the need for the enactment of the freedom of information bill, which aims to institutionalize transparency by setting up a system for citizens to access government records and data.

The bill is languishing in Congress 5 years into the Aquino presidency.

Kapunan said environment and support for agriculture is also part of her fight, especially since “climate change is here to stay.” She wants to provide opportunity for all marginalized sectors, including fishermen and farmers.

As expected, peace and order are top priorities of ACT-CIS Representative Samuel Pagdilao, who served the police force for over 37 years.

What do you think of their platforms? Tell us in the comments section below. – Rappler.com