MANILA, Philippines (UPDATED) – Senator Grace Poe filed a motion before the Supreme Court (SC) on Tuesday, December 29, seeking the inhibition of 3 associate justices who voted against her in the Senate Electoral Tribunal (SET).

Presidential aspirant Poe wants Senior Associate Justice Antonio Carpio and Associate Justices Teresita Leonardo-de Castro and Arturo Brion to inhibit themselves from her disqualification cases, which have already been brought before the high court.

The 3 justices are part of the SET and all voted to disqualify Poe from the presidential race based on petitioner Rizalito David‘s claim that the senator is not a natural-born Filipino.

“Justices Carpio, De Castro and Brion have already prejudged petitioner on the issue of her citizenship and therefore ought to inhibit,” read Poe’s motion on Tuesday.

Carpio previously said he will inhibit himself from the SET case should it reach the high court, and expects the two other SC justices in the tribunal to do the same, “because we cannot review our own decision.”

But aside from the SET case, Poe is facing other petitions against her candidacy before the Commission on Elections (Comelec).

The senator filed a separate motion on Tuesday urging the SC to consolidate her cases before the Comelec and the SET.

On Monday, December 28, the SC temporarily stopped the Comelec from cancelling Poe’s certificate of candidacy for president, granting the temporary restraining orders (TROs) requested by the senator. 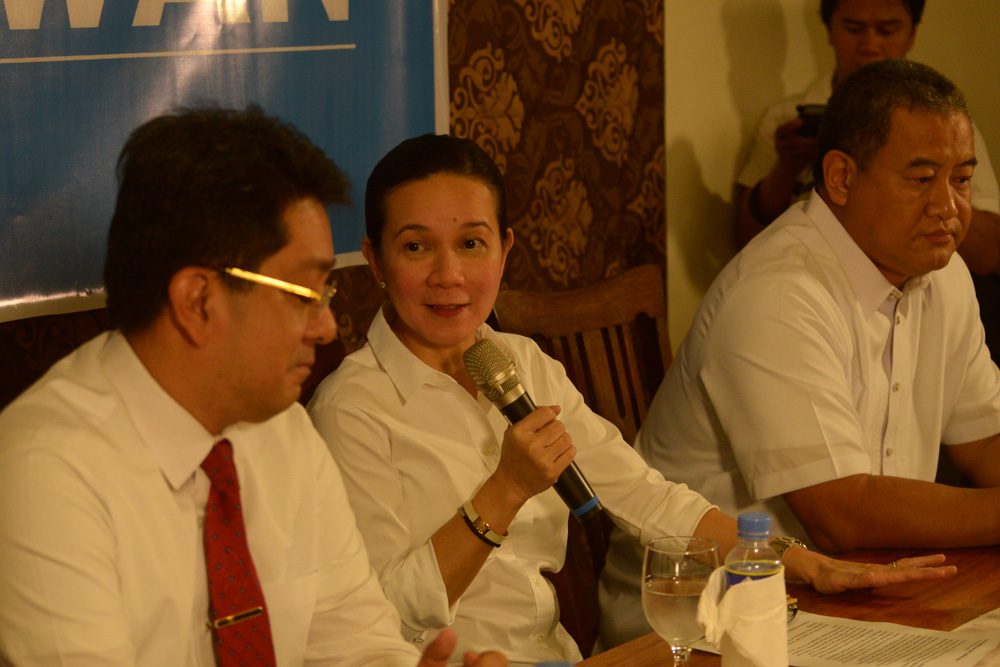 (We gave our full trust in the Supreme Court, and I whole-heartedly thank Chief Justice Lourdes Sereno as well as Justice Mariano del Castillo and Justice Marvic Leonen because they shed light on the truth, defended the rights of the marginalized, and stopped this unjust treatment.)

Poe added that the Comelec’s ruling to bar her candidacy saddened her, especially since the majority decision was released near Christmas.

Poe’s lawyer George Garcia expressed confidence that the high court would give importance to the cases of his client as well.

(Yesterday, we were surprised. We thought that if we would be lucky, the TROs would be issued early this morning.)

(I believe that because this is a case of transcendental importance, the Supreme Court would make this a priority.) – Rappler.com