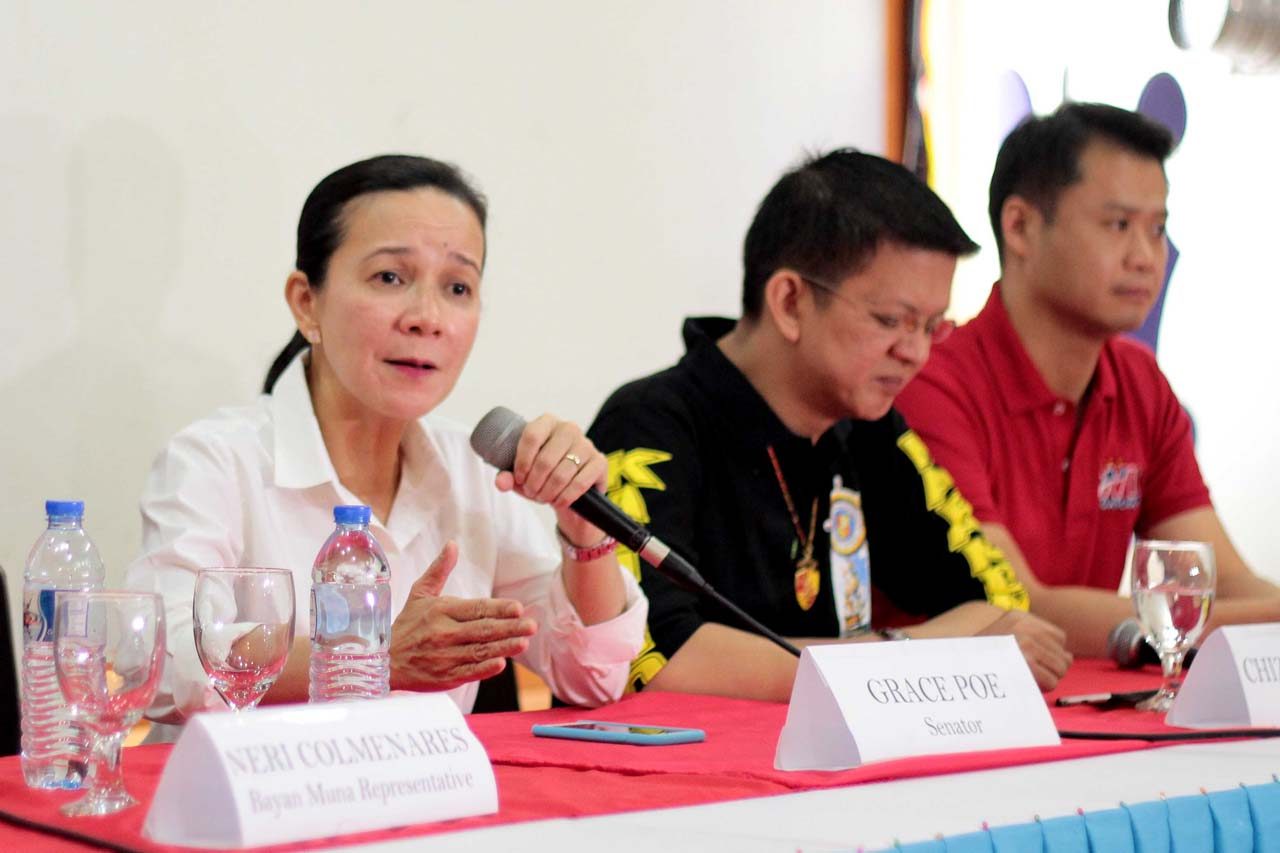 Facebook Twitter Copy URL
Copied
What are the 20 promises that the presidential bet vowed to deliver if she becomes the next president?

MANILA, Philippines – Months ahead of the official campaign period, Senator Grace Poe announced her 20-point agenda when she declared her presidential bid on September 16, 2015, at the Bahay ng Alumni at the University of the Philippines in Quezon City. (READ: Grace Poe: I offer myself as your president)

In her speech, the neophyte senator said it was the marginalized people who inspired her to seek the presidency. With this in mind, she said she is pushing for inclusive growth, global competitiveness, and a transparent government.

“I draw inspiration from everyone of you. You give me strength to pursue a higher post in this country. I believe that growth should be simultaneous. If there’s someone who should be prioritized, it should be the poor and needy,” Poe said in her declaration speech.

She then enumerated her 20 plans of action if elected president. In the next 90 days of the campaign, the challenge for Poe, her running mate Senator Francis Escudero, and her senatorial bets is to discuss their specific plans of actions to achieve these 20 promises.

15. MORE TRAINS IN THE COUNTRY