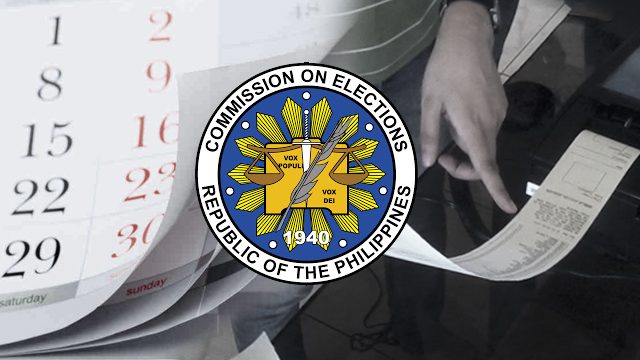 MANILA, Philippines – The presidential bet of the Pwersa ng Masang Pilipino (PMP) – the party of former president and now Manila Mayor Joseph “Erap” Estrada – has withdrawn his candidacy and is now supporting the presidential bid of Vice President Jejomar Binay.

Romel “Mel” Mendoza said during a press conference on Monday, February 1, that he only filed his certificate of candidacy (COC) to give Estrada a chance to substitute for him.

Estrada said in October 2015 that he would seek re-election should the two bets he is willing to support – Binay and Senator Grace Poe – are disqualified.

Binay, Estrada’s running mate in the 2010 elections, is facing a number of corruption allegations while Poe is facing several disqualification cases over residency and citizenship issues.

Mendoza, secretary general of the Kalipunan ng Masang Pilipino (Kampil), filed his Statement of Cancellation/Withdrawal at the law department of the Commission on Elections (Comelec) before 5 pm on Monday.

Valencia’s and Mendoza’s names remain in the draft ballot, however, until the Comelec finalizes the list of candidates on February 3.

In an interview, Comelec Chairman Andres Bautista said the poll body would be accepting Mendoza’s withdrawal.

He reiterated that no one may substitute for Mendoza anymore because his withdrawal came after the December 10, 2015, deadline for substitutions.

Bautista also acknowledged that the rule allowing candidate substitutions should be reviewed, as it “can be a mechanism to circumvent the nomination process.”

Martin Diño earlier filed his COC as PDP-Laban’s standard-bearer before withdrawing and being substituted by Duterte, who repeatedly said he does not want to become president before finally filing his COC for the highest post in the land on November 27, 2015.

(That’s part and parcel of campaign strategy, of course. That’s one of the things we need to consider, but I appeal to Congress to check if substitutions should really be allowed.) – Rappler.com