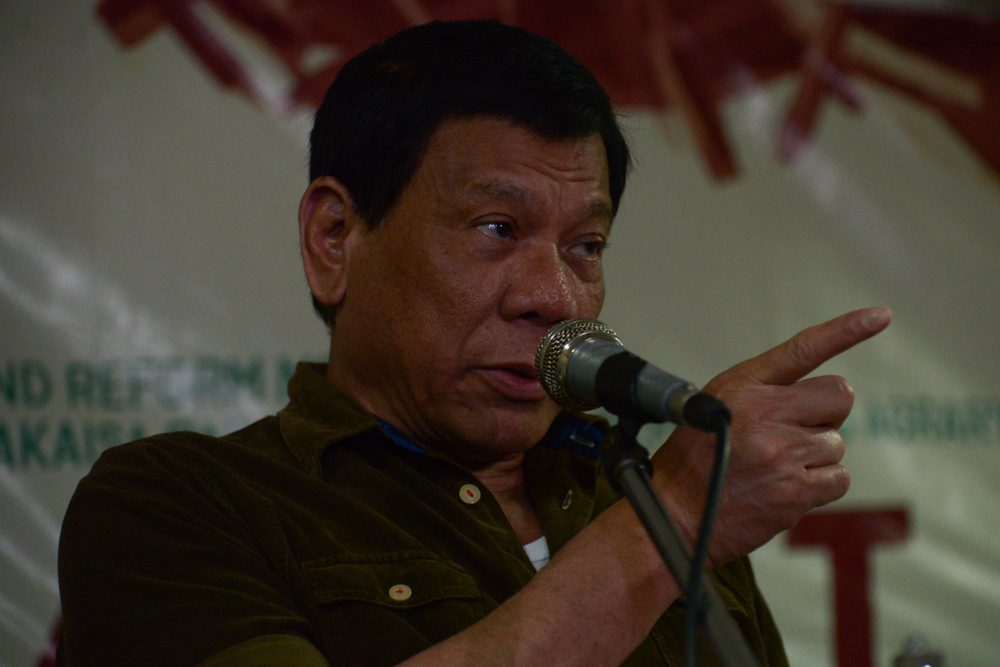 Facebook Twitter Copy URL
Copied
(UPDATED) Thanking the poll body for its decision, the presidential bet says: 'You have decided it for the Filipino people. I will campaign more extensively.'

MANILA, Philippines (UPDATED) – A division of the Commission on Elections (Comelec) on Wednesday, February 3, dismissed all disqualification cases against presidential bet Rodrigo Duterte.

The commissioners of the Comelec First Division unanimously found the complaints without merit, it was announced at a press briefing.

The ruling was announced just as Duterte was inspecting his campaign headquarters in Greenhills, San Juan.

Duterte faced 3 disqualification cases before the poll body over the clerical mistake committed by his political party’s staff in the filing of his certificate of candidacy (COC) in October 2015.

Duterte in October filed for mayor of Davao City, while his party mate Martin Diño filed for president as candidate of PDP-Laban, obviously as place holder in case Duterte decided to run for the highest post. Duterte eventually replaced Diño.

However, critics saw a loophole in Diño’s COC. Rappler first reported that a staff of the party mistakenly attached a second page to his COC that indicated the candidate was running for mayor of Pasay City. The first page of the COC, however, clearly indicated he was running for president.

Duterte’s critics said the Pasay City mayoral candidacy page invalidated his COC, but his camp pointed out that the fact Diño filed his COC at the Comelec central office meant that the intention was to run for president.

On Wednesday, the Comelec division said it found that:

“I’d like to thank the Comelec for making the right decision. I think they have decided correctly. No matter what clerical error, it is stated that it (COC) is for the presidency,” Duterte said.

“This time I will attend all the debates and forums everywhere. You have decided it for the Filipino people. I will campaign more extensively,” he added.

The petitioners against Duterte can still file a motion for reconsideration with the 1st division, after which the case can be elevated to the Comelec en banc.

On Wednesday, Comelec Chairman Andres Bautista said that given the scheduled printing of ballots on February 8, the names of Duterte and Poe will be in the ballot. – with reports from Michael Bueza and Pia Ranada/Rappler.com