Feb 28, 2016 12:56 AM PHT
Patty Pasion
Facebook Twitter Copy URL
Copied
This is their way of paying a debt of gratitude, they say 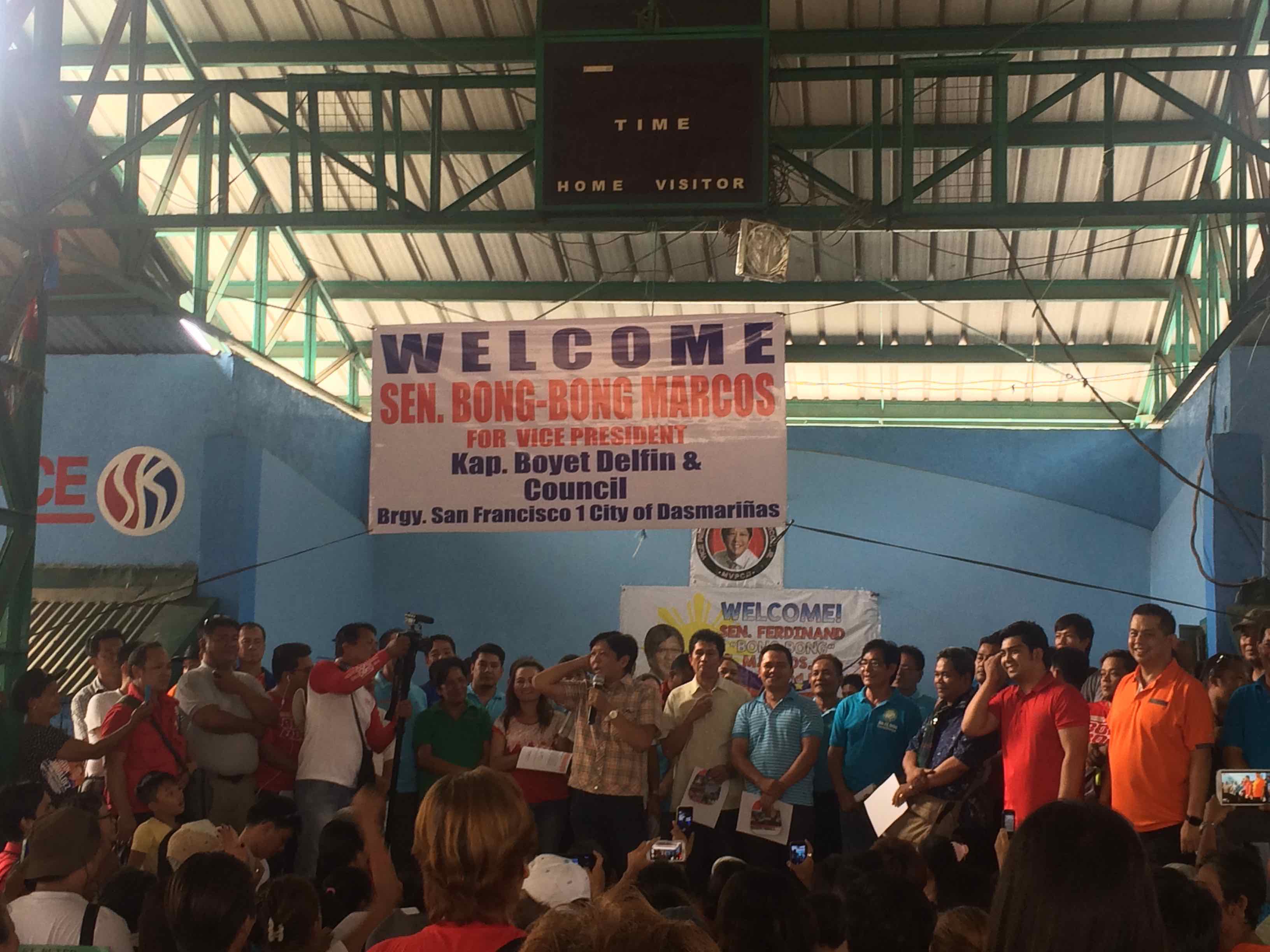 “Bongbong is our choice for VP. His father did a lot for Cavite. That’s an indisputable fact,” said Boying, who is running for Cavite governor in place of his brother who withdrew from the race.

Revilla, for his part, also said that their whole family is supporting Marcos, who had helped his father, detained senator Ramon “Bong” Revilla Jr, campaign in Ilocos.

(This is what we are doing in return for what he has done for us.  We are campaigning for him here in the province of Cavite.)

The Marcoses and the Remullas go way back. The clan patriarch, the late Cavite governor Juanito Remulla Sr, was a very close ally of the late dictator Ferdinand Marcos. The two were also fraternity brothers at Upsilon Sigma Phi.

Bong Revilla and Marcos are known to be good friends. Three years ago, it was rumored that the two “Bongs” would team up for the 2016 national elections – an idea that they were both open to then.

A source close to Binay and Marcos told Rappler that UNA’s vice presidential bet, Senator  Gregorio “Gringo” Honasan II was actually rooting for Marcos to be Binay’s running mate. Honasan joined the race out of “love” for the party, the source said.

Up to the last minute, the source said Honasan was telling Bongbong, “You know I’m just standing in for you until you decide [to be Binay’s running mate].”

Marcos shared the lead with Senator Francis Escudero in the latest pre-election survey while Honasan is at fifth place. – Rappler.com