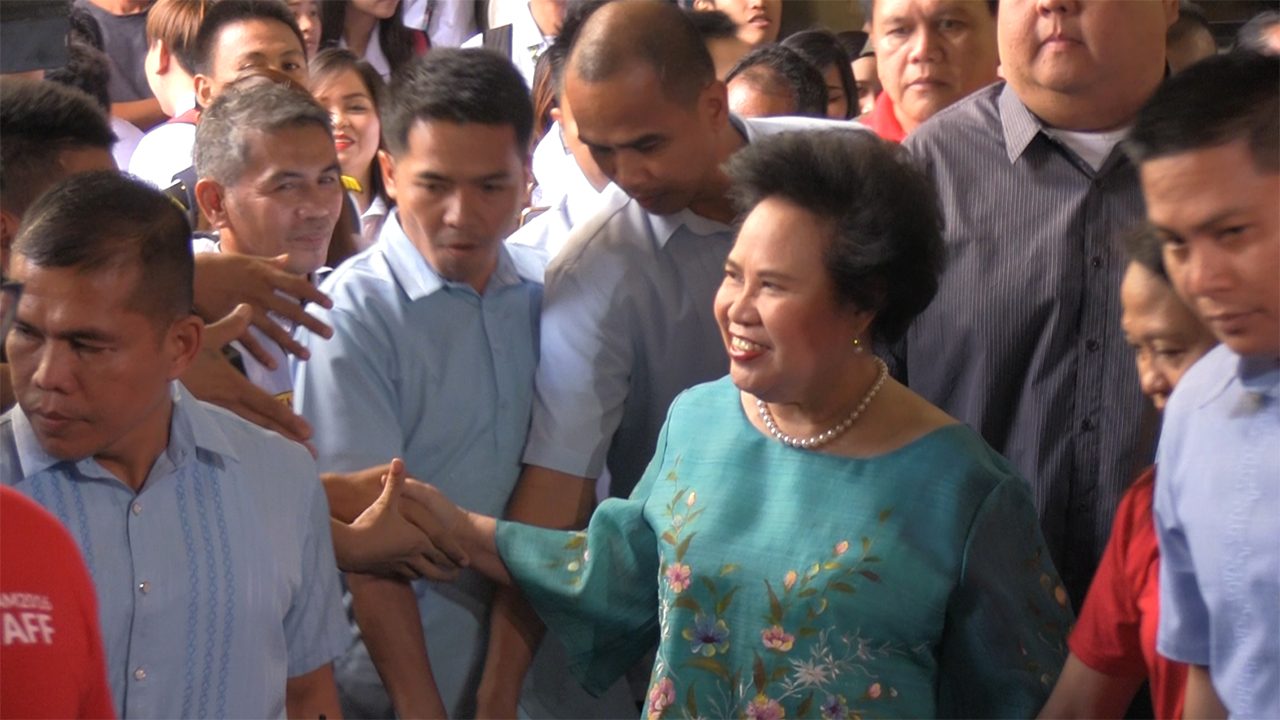 LAGUNA, Philippines – The money that candidates hand to voters during the campaign? Presidential candidate Miriam Defensor Santiago reminded the public those could be the same government funds that these politicians have stolen.

She has a word for it: “perpetual plunder.”

(What’s happening is, they steal money from government. Then when it’s election season, they give back to voters the money that they stole.)

In the end of her brief speech, she vowed not to back down in the fight against corruption even if she remains to be a “middle class” Filipino, unlike her colleagues and rivals who got rich allegedly by amassing wealth from government.

“I won’t back down whatever they do to me. I have challenged them a number of times to a brawl, they don’t want to. It’s really hard if you see people beside you getting rich while you remain where you used to be,” she said in Filipino.

Santiago belongs to the “poorer” half of the 24 senators based on their 2014 Statement of Assets, Liabilities, and Net Worth (SALN). She has a net worth of P73 million.

Her running mate, Senator Ferdinand “Bongbong” Marcos Jr, ranked as the 3rd richest senator with at least P200 million in net worth.

Tuesday’s school tour was only the 4th time Santiago went out since the official campaign period started. Her earlier activities were also youth forums in the cities of Batac in Ilocos Norte, Pasig, and Cebu.

Her camp earlier said that the senator will focus her campaign on the youth by granting speaking engagements rather than going around local government units.

Santiago topped pre-election polls conducted by several universities, such as the University of Asia and the Pacific (UA&P), Holy Angel University in Pampanga, and the Colegio de San Juan de Letran campus in Calamba.

However, her numbers in major surveys remain very low, with only 3 to 4% of voters choosing her as their president for the May 9 elections. – Rappler.com