Duterte on Alan Cayetano: I will not abandon him 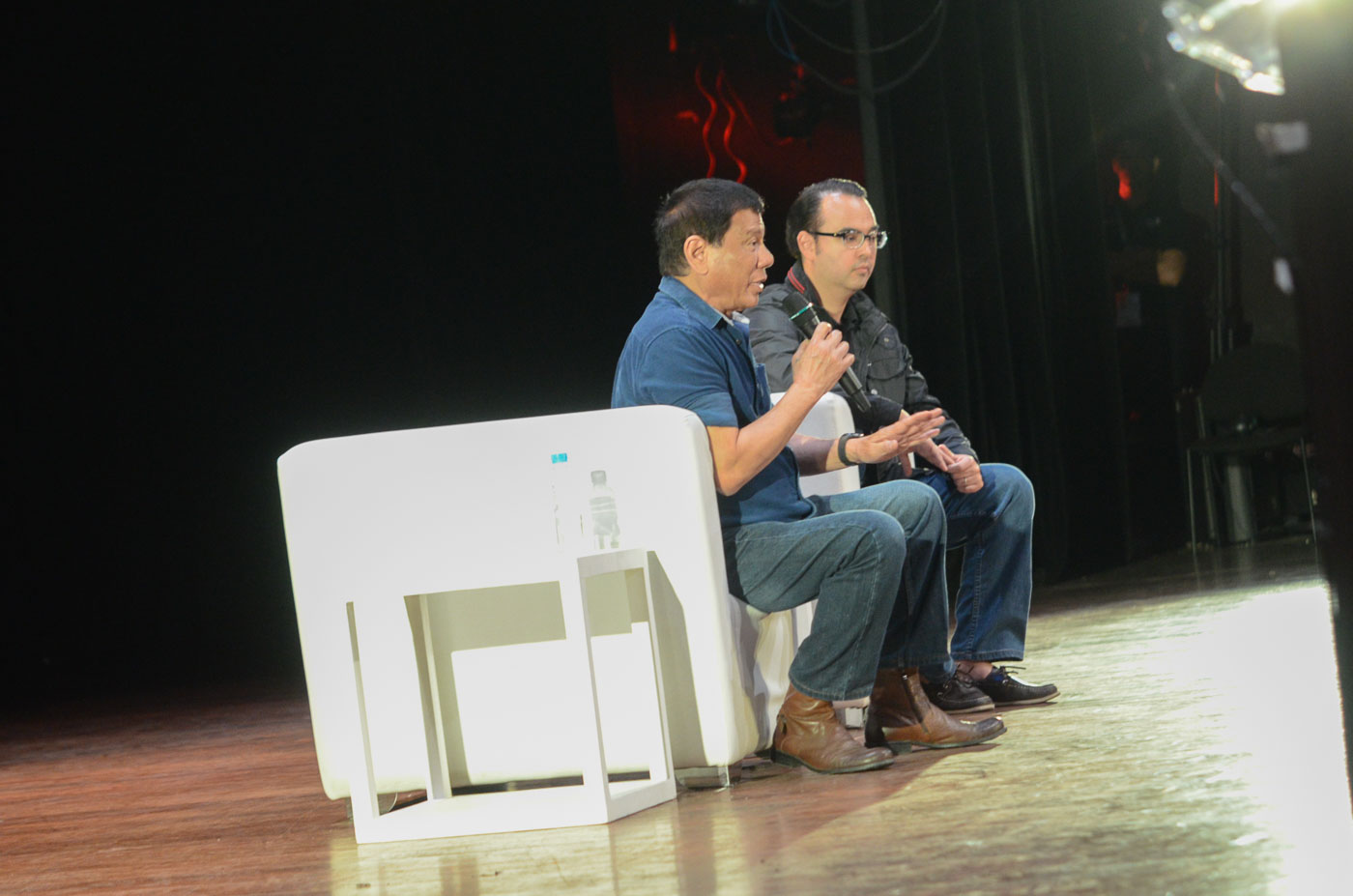 Cayetano has been trailing behind Chiz Escudero, Bongbong Marcos, and Leni Robredo in recent surveys. He lost support in all major areas in the country.

Duterte meanwhile, was the biggest gainer in the February to March Laylo survey.

In the midst of dwindling support for the senator, Duterte said he will stand by Cayetano.

Rody #Duterte on low survey ratings of running mate Cayetano: I will not abandon him. #PHVote pic.twitter.com/E3gUhjLy9m

During a public gathering in Valenzuela City later that day, Duterte introduced Cayetano as “the most decent person to have entered politics” to cheers from the audience.

Asked if his heavy campaigning in Ilocos region, a bailiwick of vice-presidential bet Marcos Jr had anything to do with Cayetano’s fall in ratings, Duterte said his presence there was only because of the invitation of someone close to the Marcoses.

His son-in-law, the husband of his daughter Sara Duterte-Carpio, is also an Ilocano.

But Duterte’s visit to all 4 provinces of the region in a span of a few weeks brought attention to the burgeoning support for a Duterte-Marcos tandem – at the expense of the Duterte-Cayetano tandem.

For his part, Cayetano does not believe surveys tell the whole story. He previously told media that he considered surveys “a guide” but not “a crystal ball.” – Rappler.com