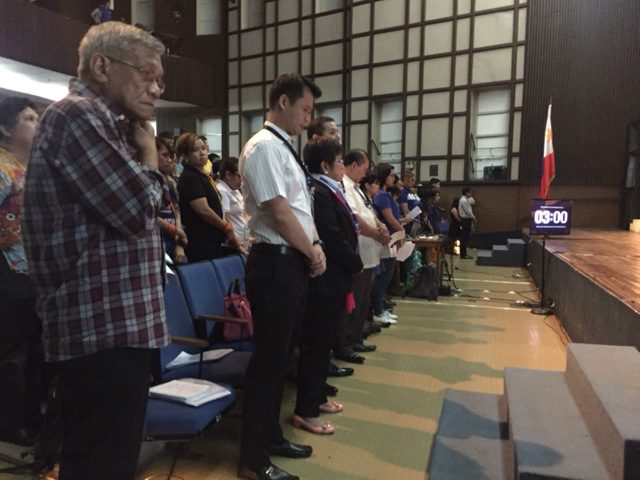 The forum followed an unusual format. Each sectoral representative was given 5 minutes to present their agenda to the candidates. Two senatorial candidates were then selected to respond to the representative’s presentation for two to 3 minutes each.

A 10-minute open discussion followed, where any candidate and sectoral representative may speak. Not all candidates were able to speak on all sectoral issues.

The general sentiment of the candidates was that there are already laws and pending measures that are meant to uphold the rights of the sectors, but there is a lack of political will to fully implement them.

Here’s how the candidates responded to the presentations: 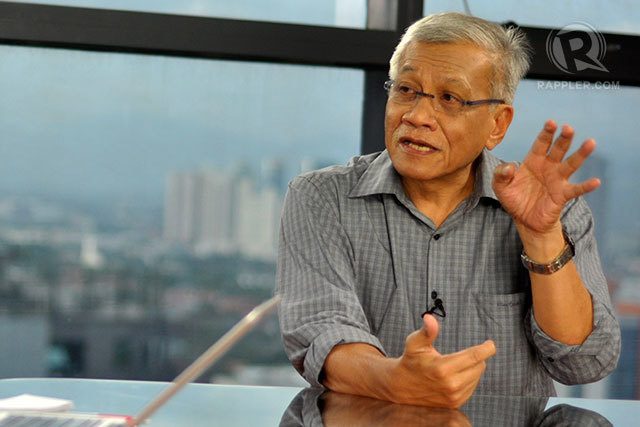 On OFWs, Bello said it’s important to look at the “big picture” of the economy. He said international agencies had imposed a neoliberal paradigm on Filipinos, resulting in labor export, export-oriented industrialization, and low wages.

Bello also said he is disappointed with how the Department of Justice (DOJ) failed OFWs in handling the sex-for-flight scheme the former lawmaker exposed in 2013. The DOJ filed cases against the accused embassy staff in 2014 but Bello said the case has not seen progress since then.

“When electing people to the Senate, think about it. Who were those who kept their promises? Unfortunately, one of the candidates did not keep their promise to the OFWs,” Bello said, referring to former justice secretary Leila de Lima, another senatorial candidate.

On IDPs, Bello plans to reintroduce the Rights of Internally Displaced Persons Act (House Bill 5627) that was vetoed by Malacañang should he be elected into the Senate.

On detainees, Bello said there is a need to free political prisoners in the Philippines. According to Karapatan Alliance for the Advancement of People’s Rights, there are 561 political prisoners as of December 2015, 304 of whom arrested were under the present administration. He also said Congress should intervene in the process of granting executive clemency.

On farmers, Bello said that as one of the principal authors of the Comprehensive Agrarian Reform Program Extension Program Extension with Reforms (CARPER) or RA 9700, he believes the law is strong but there is a lack of political will in the administration. The candidate said he intends to push for the full implementation of agrarian reform, if elected.

On IPs, Bello said he intends to protect ancestral lands of IPs by repealing the Mining Law of 1995 and replacing it with a new Mineral Management Act. (READ: TIMELINE: Philippine mining laws and policies  and Stop Lumad killings, respect ancestral lands – Mindanao bishops) 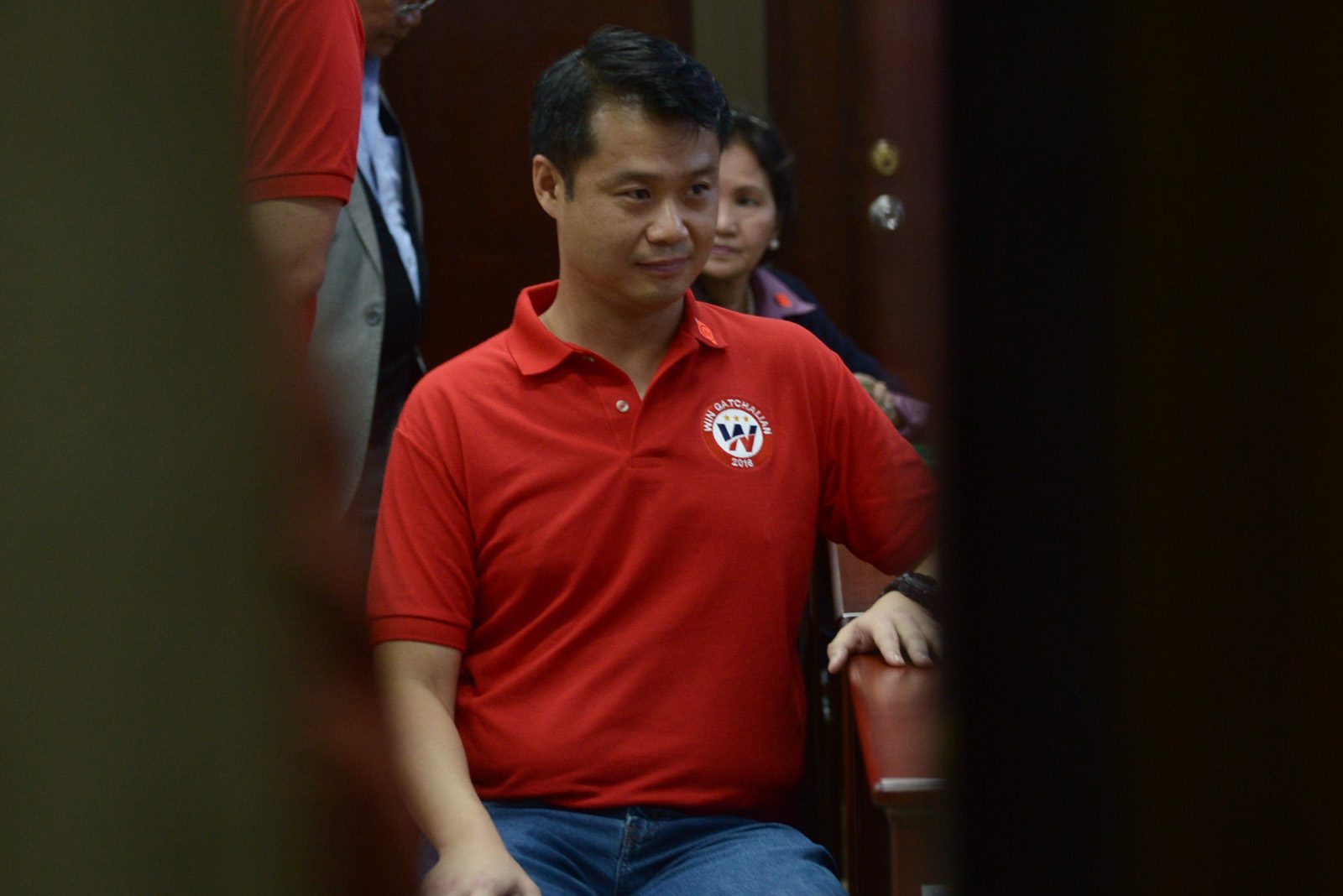 On labor issues, Gatchalian said he believes local governments should be involved in monitoring labor practices. The Valenzuela representative cited the Workers’ Affairs Office and the Tripartite Industrial Peace Council as means to ensure that employers follow labor laws.

Gatchalian reactivated the Valenzuela City Tripartite Industrial Peace Council (VCTIPC) when he was mayor in 2008.

The Workers’ Affairs Office in Valenzuela coordinates with the Department of Labor and Employment when there are complaints from workers. The VCTIPC, meanwhile, settles labor disputes on the local level so the conflicts don’t have to be escalated to the National Labor Relations Council.

A few weeks ago, the Ombudsman ordered the dismissal of his brother, Valenzuela City Mayor Rexlon Gatchalian over the deadly fire at the Kentex Manufacturing Corporation incident that killed 72.

On farmers, Gatchalian said land reform needs to be supplemented by providing support for farmers. He said there must be a serious strategy for agriculture. Citing data from the United States Department of Agriculture on how much rice each Southeast Asian nation produced per hectare, he said Vietnam produces far more rice per hectare than the Philippines.

Based on the latest version of the data, the Philippines produced 4 tons of rice per hectare in 2014, tying for third in Southeast Asia with Malaysia. Vietnam has the highest rice yield with 5.8 tons per hectare, followed by Indonesia at 4.7 tons per hectare. On OFWs, Gordon said the answer is to improve the Philippine economy so that people do not have to find job opportunities abroad. “Our government is lazy. It’s sending everyone abroad….Wages are kept low so people leave the country for work.” He cites an example where a government nurse’s wage should be P24,000. (READ: Higher salary for Filipino nurses sought)

Gordon said there is also a need to “decongest [Metro] Manila and disperse industries.” The former senator said the government should give incentives for entering into businesses in places like Pampanga, Bataan, Pangasinan, and Cebu. Gordon also said business should be encouraged in Mindanao.

He called for the revival of trains to transport goods across the country. Gordon said this would also be beneficial for farmers as it would make transporting farm produce cheaper for them.

On farmers, Gordon believedin continuing land reform but with a focus on performance and results. “Did we have higher harvest yields? Did farmers earn more? Did the government provide credit? Do we have transportation for transferring goods?” he asked.

On IDPs, Gordon said IDPs should be protected by the military, and the government should create to make them self-sufficient.

On IPs, Gordon said the main problem is that IPs lack education. He said while there is a need to protect IPs, there is also a need to provide IPs with education and skills so they can defend themselves.

He also said IPs should have a regular presence in Congress so they are always heard. He stressed the need for IPs to have the means and funding to form their own lobby groups since even legislation meant to protect IPs will not be supported unless there is a lobby for it. On IPs, Kapunan said there is a need to prosecute people who violate land use. She said the National Land Use Policy should protect ancestral domains. She also said she thinks paramilitary groups should be eliminated. (TIMELINE: Attacks on the Lumads of Mindanao)

On farmers, the lawyer said smuggling should be stamped out. Kapunan cited the need for a law that classifies the smuggling of agricultural projects as economic sabotage. She also warned that the Chinese want to invade the country for arable lands.

“Kaya pinapasukan tayo ng mga Intsik na yan (That’s why the Chinese are coming in). That’s why they want to take over our country  because China has no arable lands,” she said.

Kapunan was the only one who opposed Bangsamoro Basic Law among the candidates at the forum. She cited its unconstitutional provisions. She said the problem in MIndanao is not peace and order but poverty. She said less than 20% of Mindanao’s resources are being used for Mindanao.

She also does not support federalism. She said the problem with the country is that there are “38 families that control the country.” The candidate did not mention the particular families. On IDPs, Romualdez said the government has the means to create permanent homes to replace the temporary bunkhouses and shelters. He said Pag-IBIG Fund should work with the National Housing Authority.

On PWDs, he said there is a need to provide more exemptions and discounts for them. Romualdez is the author of House Bill 1039 which seeks value added tax exemption for PWDs. The bill is awaiting action from Malacañang.

He also mentioned a need to invest in special education for children. Another solution is to bring development outside Metro Manila. The Pasig representative said other parts of the country should be developed so more jobs can be created locally.

“We are still forcing all the development in the metropolitan areas. It’s time to bring development outside the metro. It’s just a matter of political will. Hindi pwedeng kalsada lang ng kalsada (We cannot just build roads). We need permanent government infrastructure…[The] government must create a situation where private initiatives will happen,” the congressman said.

Included in his list of proposed infrastructure projects is the transfer of airports to Central or Northern Luzon. He also proposed a high-speed railway system that would run from La Union or Pangasinan, to Metro Manila, and end at Sorsogon where a roll-on/roll off port is located.

For detainees, while Romulo agreed with the other candidates that there are problems, he said “it would be fake on our part to say we can interfere” with executive clemency. He said that clemency is a presidential prerogative afforded by the Constitution. Instead, the lawmaker recommended the use of congressional oversight to advise the president on granting clemency to prisoners.

For IPs, the lawmaker said aside from the Indigenous Peoples’ Rights Act, there’s also the National Integrated Protected Areas System for protecting ancestral domains. He also said violators of these laws should be prosecuted. Montaño says he will fight for the rights of labors to organized, believing most labor issues can be resolved through collective bargaining agreements. The issue of contractualization can be resolved by negotiating with employers so they don’t hire contractual employees, he said.

The labor lawyer said he intends to do away with the concept of exclusive bargaining agents. He said that only certain unions and organizations that are certified by employers are able to engage in negotiations.

“If there are two or 3 unions competing, then there should be no need for certifcation process. Through proportionate representation in collective bargaining, workers can be represented and amply protected,” he said. – Rappler.com