Mar 17, 2016 4:00 PM PHT
Rappler.com
Facebook Twitter Copy URL
Copied
The senator and presidential candidate will undergo a clinical trial for an anti-cancer pill, which she says is a chance to get rid of her cancer 'completely' 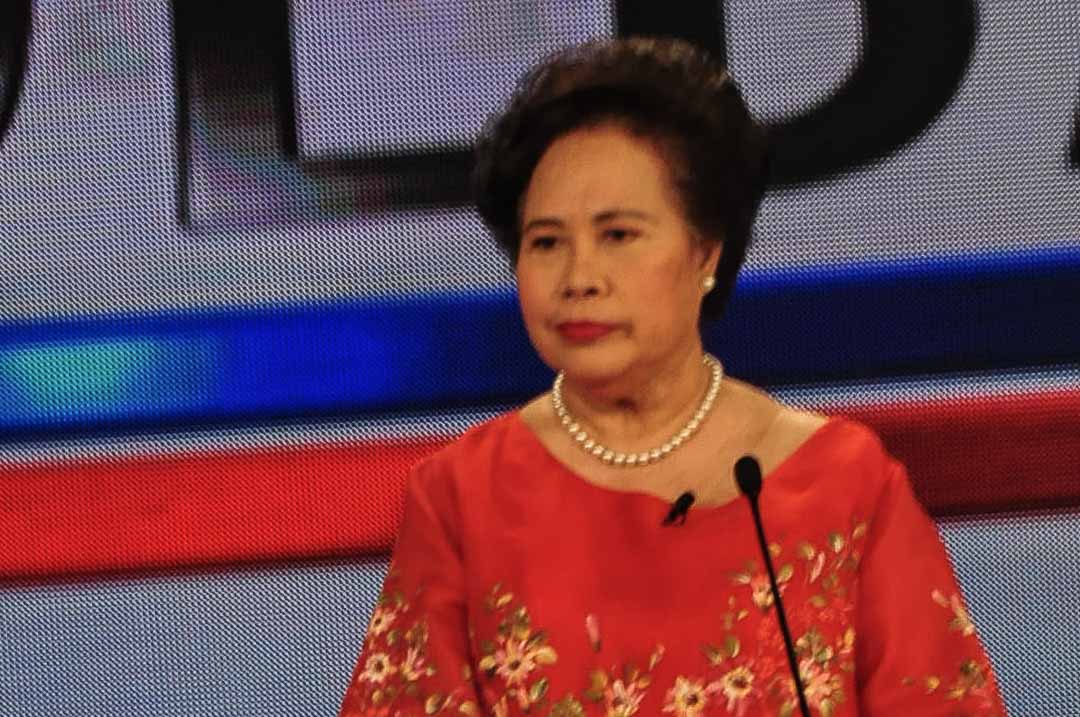 MANILA, Philippines (UPDATED) – Senator Miriam Defensor Santiago announced on Thursday, March 17, that she will not attend the second presidential debate set for Sunday, March 20, at the University of the Philippines (UP) Cebu.

In a statement, Santiago explained that she had been “accepted as fit to undergo a clinical trial for a new, unnamed anti-cancer pill.”

“I am very sorry to miss out on the debates, but it would be a disservice to the country if I forego the opportunity to get rid of my cancer completely and strengthen myself further to serve the Filipino people,” the senator said.

In July 2014, Santiago announced that she was diagnosed with stage 4 lung cancer. She later on declared that she was free from cancer, but rejected a call to release her medical records as proof.

In the statement, Santiago also said that she “joined the international clinical trial to gain free access to the medication, which would otherwise cost reportedly half a million pesos every 3 weeks.”

The senator would “report for outpatient radiation treatment at the hospital daily for a short period.”

Santiago said she would “try” to join the 3rd and final presidential debate on April 24 if the treatments “do not inhibit” her.

“Sen. Miriam Santiago has been a fighter since our student council days at the University of the Philippines. I wish her well and pray for her fast recovery. I am sure that all of the presidential candidates will miss her presence in the upcoming debate,” he said in a statement.

Prior to skipping the Sunday debate, Santiago has also missed 3 sorties in the past weeks.

She “postponed” both her speaking engagements in the Eastern Visayas State University in Tacloban City and the University of Mindanao in Davao City scheduled last March 7 and 10, respectively.

She was also supposed to come to Iloilo with her running mate Senator Ferdinand “Bongbong” Marcos Jr earlier this week but the long-planned visit was cancelled.

The senator has been lagging behind her 4 rivals for the presidency in voters’ preference surveys conducted by Pulse Asia, the Social Weather Stations, and The Standard.

In the statement, however, Santiago said that she has a strong following among the youth, citing more than a dozen universities where she topped mocked polls. (READ: Youth volunteers join forces for Santiago presidential bid)

Her staff is mostly composed of young professionals or millennials as well. (READ: Meet the ‘millennials’ behind Miriam Defensor Santiago’s campaign)

An online post going around that says Davao City Mayor Rodrigo Duterte is also missing the debate. But his team immediately belied the rumors, saying that these are just “black propaganda.”

“This is a squid tactic to confuse our supporters and paint our candidate as a coward, liar, and disengaging — things that he is not,” his spokesperson, Peter Laviña, said. – with a report from Patty Pasion / Rappler.com