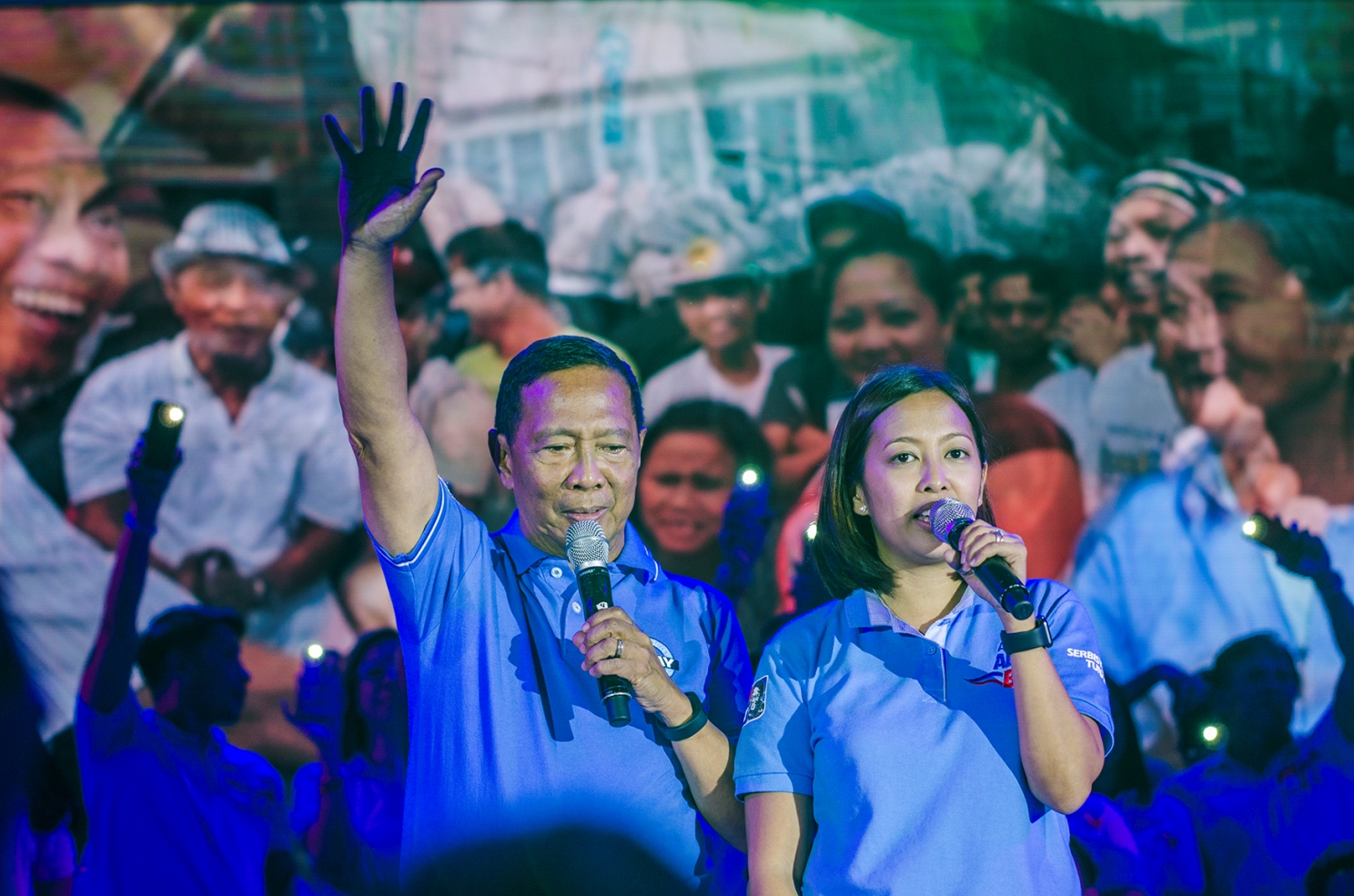 MANILA, Philippines – Makati Second District Representative Abigail Binay-Campos became emotional as she vowed to honor the legacy of Vice President Jejomar Binay if she, like her father, is elected mayor.

(Anywhere he goes, whatever others may say, Makati and the Binays are one. It is my honor to be the daughter of Jojo Binay because he embodies genuine service. Him alone and no one else.)

The 3-term congresswoman had to stop several times as she addressed the crowd – around 40,000, based on UNA estimates – as she held back tears every time she mentioned her father, the UNA standard-bearer.

“Ang bilin ng tatay ko, ang Makati ay para sa lahat – mayaman, mahirap, mangmang man o may pinag-aralan (My dad said Makati is for everyone – the rich, the poor, the uneducated, and the learned),” said Abby, who was warmly received by her supporters at the intersection of Chino Roces Avenue, Metropolitan Avenue, and P Ocampo Extension.

(This time, I, in all humility, stand before you not just as a daughter of Jojo Binay but as Abby Binay, who was raised in Makati, who has Makati in her blood, her heart. Join me in bringing back genuine service, the Binay brand of service.)

Her proposals include introducing a unified ID card system for all social services in Makati and lowering the grade requirement from 85% to 75% for students admitted into the city’s college scholarship program.

(I am running for mayor. I’m not running alone but with Team Binay. This is my way of saying thank you to my father,  for all his years of service to Makati, that’s why I became emotional.)

(Let me be honest with you, this is the one I call my favorite daughter, Atty Abby Binay. Thank you. Help her win this coming elections.) 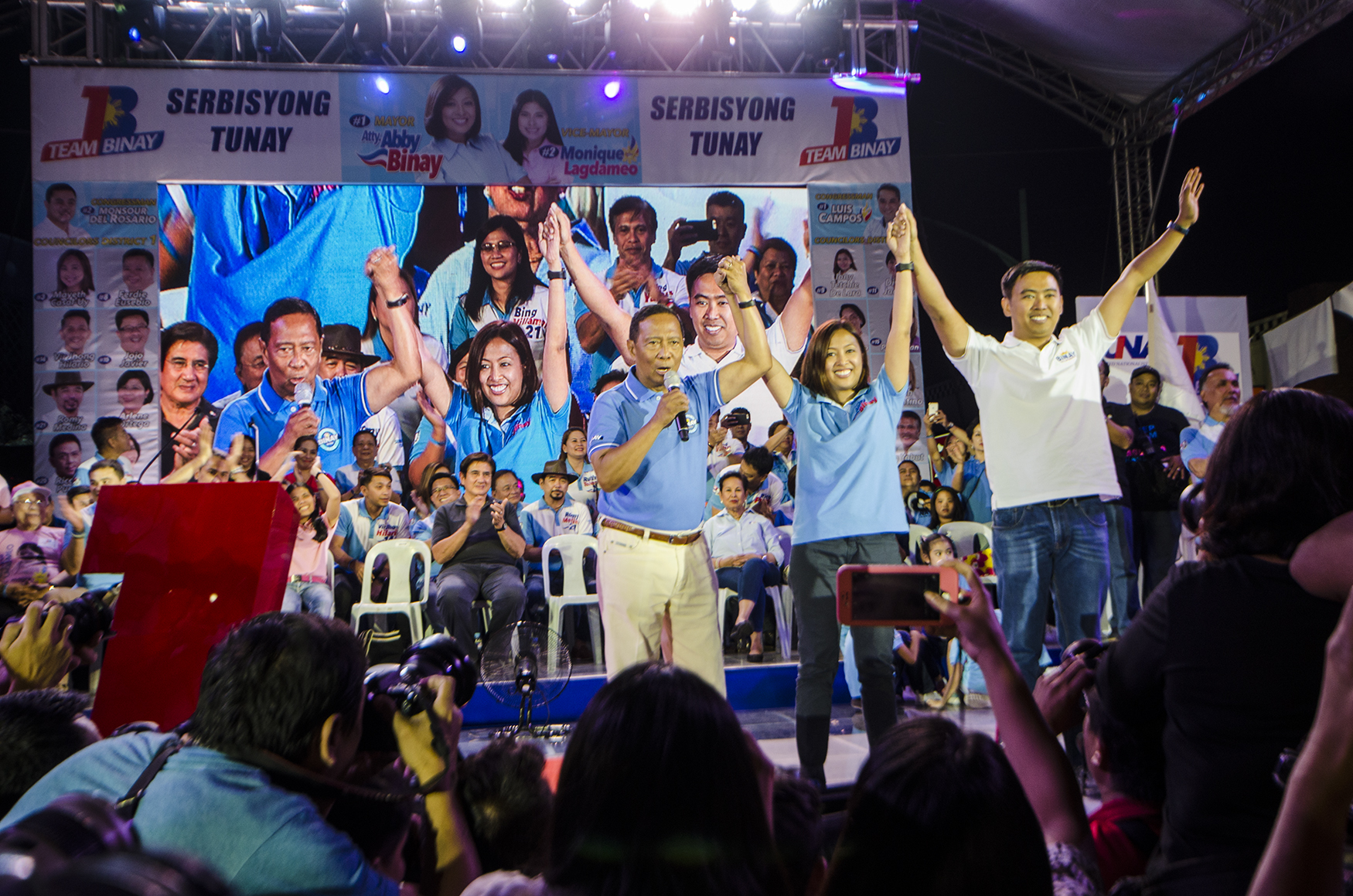 Binay name: ‘Blessing and a curse’

The mood at Abby’s proclamation rally turned serious when she slammed acting Mayor Kid Peña, who is running under the ruling Liberal Party with a tagline “Bagong Makati (New Makati).”

Abby claimed that under Peña’s leadership, services at the city-run Ospital ng Makati have deteriorated, while fixers have returned to city hall.

Peña, who held the first of his two-day proclamation rally on Monday night, denied the charges, saying he only inherited these problems from the Binays.

Abby also slammed critics who have scored the family for perpetuating their political dynasty in the country’s premier financial district. In doing so, she urged voters to look beyond the Binay name – a plea seen as ironic as she is running on the strength of the Binay brand.

(The Binay family name is both a blessing and a curse. It’s a blessing because we were able to do a lot but many don’t like us, too. That’s why I’m saying, let’s look beyond the name.) 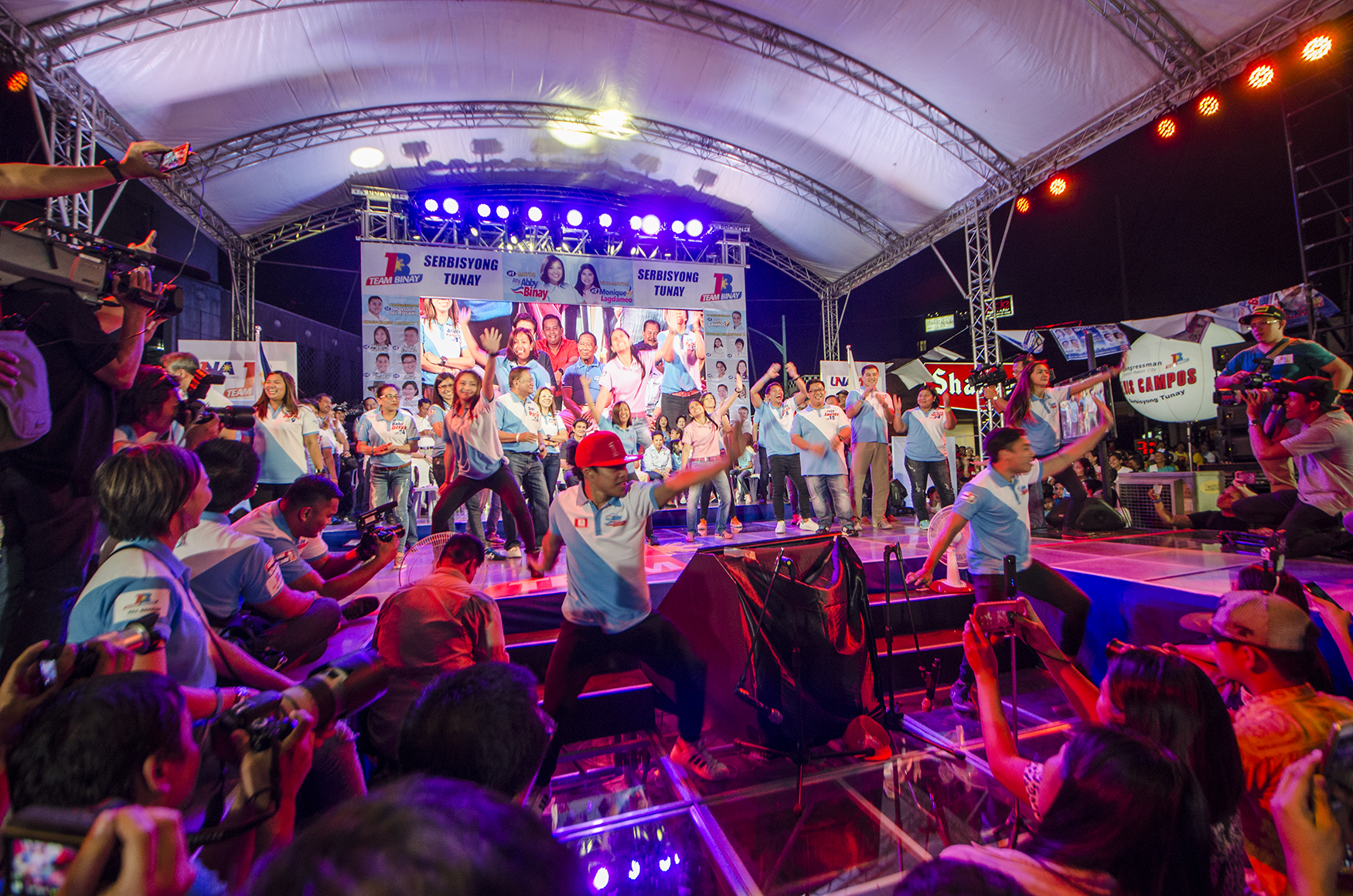 Abby’s proclamation rally rivaled a variety show, as the UNA candidates prepared a dance number that she said was kept a secret even from her father.

Abby herself dedicated the song, “Paano Kita Mapasasalamatan?” to her father, who shed some tears throughout his daughter’s performance.

Abby was supposed to retire from politics as she reached her term limit in the House of Representatives this year. (READ: Abby Binay: Running for a mayor a ‘big sacrifice’)

But UNA decided to field her for mayor when her brother, Jejomar Erwin “Junjun” Binay, was dismissed as mayor and barred from holding public office over the alleged overpricing of the Makati City Hall Parking Building II.

Makati City is considered a stronghold of the Binay family – 3 of them were elected as city mayor in the past 3 decades, beginning with the Vice President, wife Elenita, and Junjun.

Most of the city council and barangay officials are allied with the Binays. – Rappler.com