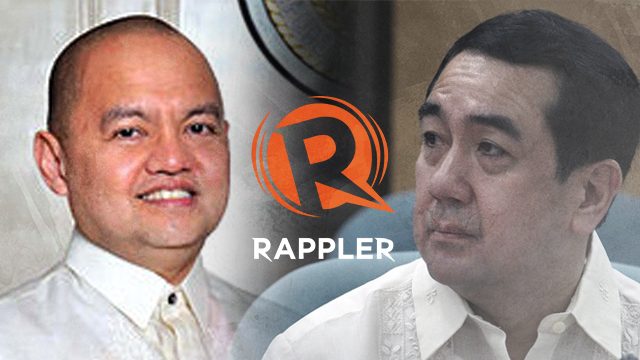 Facebook Twitter Copy URL
Copied
The effort to inform the public on substantial issues pertaining to the coming elections 'should not be purchased at the cost of the fundamental freedoms of those with less capital,' Justice Marvic Leonen says

In his separate concurring opinion, Leonen said that Bautista as Comelec chair, “without proper authorization from the Comelec En Banc, facilitated and endorsed a contract” that favored lead networks. The opinion pertained to the SC resolution partially granting the petition of Rappler to lift coverage restrictions on the presidential and vice presidential debates.

Bautista’s doing so “magnified the standpoints of those arbitrarily considered as lead and weakened the expression of the point of view of others.” The effort to inform the public on substantial issues pertaining to the coming elections “should not be purchased at the cost of the fundamental freedoms of those with less capital,” Leonen wrote.

In his opinion, Leonen also said, “Freedom of speech is affected when government grants benefits to some media outlets, i.e., lead networks, while unreasonably denying the same privileges to others. This has the effect of stifling speech especially when the actions of a government agency such as the Commission on Elections have the effect of endowing a monopoly in the market of free speech.”

By a vote of 14-0, the High Court directed Comelec Chairman Andres Bautista to allow “the debates to be shown or live streamed unaltered in petitioner’s and other websites subject to the copyright condition that the souce is clearly indicated. Due to the time constraint, this Resolution is immediately executory.”

The petition filed by Rappler raises “very serious concerns about a fundamental constitutional right,” Leonen said. The constitutional mandate on freedom of speech, of expression, or of the press, applies “not only to legislations but even to governmental acts,” he wrote.

Leonen said that the effect of government’s mandate “empowering lead networks from excluding other media is a prior restraint, albeit indirectly. The evil of prior restraint is not made less effective when a private corporation exercises it on behalf of government.”

In its petition, Rappler argued that Bautista surrendered the Comelec’s bargaining position and granted lead networks exclusive rights which they would have enjoyed only if they produced their own debates without the Comelec’s participation.

Citing the constitutional provision that recognizes the vital role of communication and information in nation building, Leonen said that in this age of information technology, the Internet has “sped data gathering and multiplied the types of output produced, including infographics and memes.

“Many from this generation no longer listen to the radio or watch television, and instead are more used to live streaming videos online on their cellular phones or laptops. Social media newsfeeds allows for real-time posting of video excerpts or ‘screen caps’ and engaging comments and reactions that stimulate public discussion on important public matters such as elections.”

As such the Comelec’s “power of supervision and regulation over media during an election period should not be exercised in a way that constricts avenues for public discourse,” Leonen said. – Rappler.com