The Leader I Want: Richard Gordon’s to-fix list for 2016 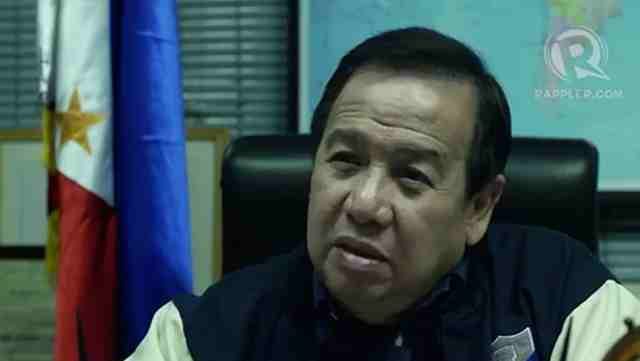 MANILA, Philippines – Richard “Dick” Gordon has been the chairman of the Philippine Red Cross for 48 years now.

When he was mayor of Olongapo City, the infamous “sin city” in Zambales  became a “model city” of peace and order, health care, education, livelihood, and good governance.

He gained prominence as chairman of the Subic Bay Metropolitan Authority under President Fidel Ramos, and started the conversion of the former US naval base into a freeport. As the tourism secretary of the administration of President Gloria Macapagal Arroyo, Gordon’s “Wow Philippines” campaign gave a much-needed boost to the Philippine tourism industry.

As part of Rappler #PHvote’s “The Leader I Want” series, we look at Gordon’s stand on key issues that the next batch of senators will have to address.

If elected, Gordon will support a law that provides government funds to political parties so that Filipino politicians will not be reliant on business interests or even money from illegal drugs and gambling.

Gordon said he will push for a two-party system that penalizes turncoatism, and encourages election debates and symposia to discuss issues.

In an interview with News To Go, Gordon said it is important to improve the quality of living of teachers so they would not be forced to leave the country.

“Recognizing our teachers and students is important. The salary of a teacher in Singapore is P33,000. In Korea, it’s P100,000. Here, it’s P18,500. You need outstanding teachers to come back to the country; to come back to our teaching. When you have outstanding teachers, then you have outsanding students,” he said in a mix of English and Filipino.

In an interview with News 5, Gordon said he does not agree with the presidential veto on the proposed Social Security System pension hike. (READ: Aquino rejects SSS pension hike bill)

On the issue of income tax reform, Gordon said there are other things that need to be improved upon first, such as foreign direct investment, tourism, infrastructure, as these would create more job opportunities.

On agriculture, an Inquirer report quoted Gordon as saying that “a major sustainable intensification of agricultural productivity on existing farmlands will be necessary” to meet the world’s future food needs.

When it comes to same-sex marriage, Gordon is against it. “God didn’t make other man, Steve,” he said in an interview with News To Go.

Gordon believes the country needs to enhance its defense capabilities, especially its air assets, to be ready for any external attacks.

He also supports the PH-US Enhanced Defense Cooperation Agreement (EDCA), an agreement that will allow increased US military presence in the Philippines that will help deter China’s aggressiveness in the disputed West Philippine Sea (South China Sea).

“EDCA, yeah. Our Air Force is all air and no force,” Gordon said in an interview with News To Go.

In a labor migration forum in 2015, Gordon proposed the establishment of a lifeline “that will enable female domestic workers to contact people and agencies who can help them,” according to a Manila Times article.

“One of my personal observations and greatest fears is that once these women leave their homelands they disappear from view and become invisible to society. Why is it that we only find out about such situations once the women have escaped or returned home? How can we help these women if we don’t know where they are or have any knowledge of their plight?” Gordon explained.

Gordon is against the proposed Bangsamoro Basic Law (BBL) which he believes is unconstitutional.

Richard Gordon is among the senatorial candidates who will participate in Rappler’s #TheLeaderIWant Senatorial Debates at the University of the Philippines School of Economics Auditorium in Quezon City on Friday, April 15, from 3 pm to 5:30 pm.