The ‘OFWS’ agenda: Recommendations for next president 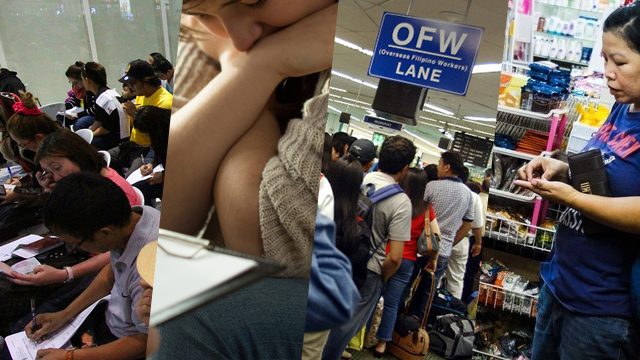 MANILA, Philippines – This piece offers an agenda for Overseas Filipinos Workers (OFWs) that’s meant to guide voters and candidates in the May 2016 elections. It also serves as a proposal for the next president-elect and his/her government.

Prepared jointly by the Center for Migrant Advocacy-Philippines (CMA) and the Working Group on Migration of the Political Science Department of Ateneo de Manila University (WGM), it contains 4 thematic agendas that are attached to the acronym OFWS for better recall. (READ: Game changers: 1.38 million OFWs begin to vote)

Each theme represents a desired improvement in institutional arrangements and carries with it a situationer and rationale and desired improvements and specific proposals. The agendas are written in narrative form to send the message that platforms should not be just a listing of must-haves, rather, a set of interrelated proposals that clarify the reforms that need to be established and the means by which these reforms can be achieved.

The thematic agendas are as follows: overseas foreign service posts become “institutions of care,” families of OFWs are provided social and psychological safety nets, workers’ rights are treated as human rights, and sustainable jobs are created back home.

The OFWS agenda is by no means definitive. The main objective of this piece is to facilitate public conversation regarding pressing OFW problems and their strategic solutions. (READ: #AnimatED: The OFW vote)

We referenced this agenda mainly from the 2013 ten-point migrant agenda of the Philippine Migrants Rights Watch (PMRW) and the proceedings of the 2012 Roundtable discussions on “Migration and Development” organized jointly by CMA, Ateneo WGM and Friedrich Ebert Stiftung (FES) Philippines.

Readers are asked to participate in this conversation to enrich the OFWS agenda. 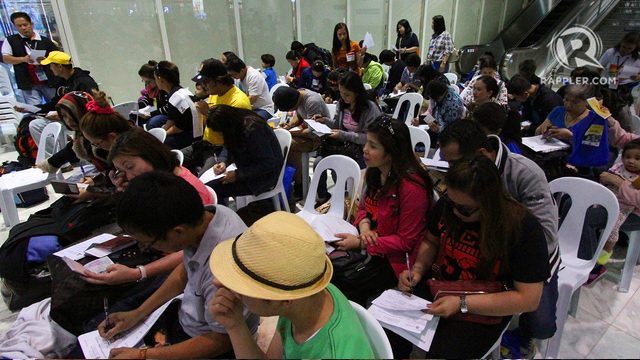 This agenda pertains to issues of governance.

Many consider the Philippines a “good model” for migration management. Being able to respond to the magnitude of the diaspora is, in itself, considered a formidable feat. According to the Report of the Department of Foreign Affairs to Congress, as of June 2015, an estimated 7.76 million Filipinos are living and working abroad.

The Philippines has an established web of policies and institutions that are directed towards assisting Filipinos working abroad. Abroad, there are 60 embassies and 20 consulates complemented by 37 Philippine overseas labor offices. Here at home, there are 13 government institutions focused on migrant concerns. These government agencies are guided by several statutory acts related to migration-for-work including a Magna Carta for Migrant Workers (R.A 8042, amended by R.A10022).

One must ask, however, how all this is perceived by migrant workers themselves. Consultations with migrant workers reveal a common attitude towards seeking government assistance: embassies are sought only as a last recourse.

The frontline services of government agencies overseas are therefore crucial in changing this attitude. Government agencies must make OFWs feel that they are not just statistics (i.e number of OFWs assisted) but Filipino citizens being assisted with care by their government. Otherwise, they would deem approaching government as futile.

In keeping with the “one-country team approach” of the Philippine government, staff members, regardless of focus (trade, labor, consular services) must have common knowledge of the plight of OFWs and how best to respond to OFW needs, especially of those in distress.

2. Filipino labor migration is a gendered phenomenon. Since 2009, among the “new hires,” there have been more female OFWs than male OFWs. According to the POEA, in 2014, among the new hires, 192,781 were women while 139,591 were men. A cause for concern is that most women are in jobs that are stereotypically viewed as “for women only” such as domestic and care work – jobs where workers are vulnerable to abuse and exploitation.

Domestic work, which is more than 95% feminized, has topped the list of job categories for many years. In 2014, the category “household service workers” was on top of the list with 183,101 workers followed by “nurses professionals” with only 19,815 workers.

There have also been several instances, including the much-publicized “sex-for-flight-scandal,” where government personnel were accused and charged by OFWs themselves for abuse. Given this context, all government staff in overseas government posts must undergo gender sensitivity training to respond to cases in a more appropriate manner. Gender-sensitivity trainings are no guarantee that abuses on women OFWs will not be repeated but they serve to impress upon the minds of government personnel that migrant women workers are to be treated seriously and with dignity.

Government must also ensure the full implementation of the provision in RA 9710 or the Magna Carta of Women which mandates the designation of a Gender Focal Point Officer (GFPO) in countries of destination where there is a huge concentration of Filipino women migrant workers.

3. The number of Foreign Service posts and personnel must be sufficient to meet the high demand of servicing OFWs on site. An increase in budget allocation for foreign service posts must, therefore, be rationalized and supported.

In 2012, for example, the DFA closed 10 foreign service posts. These closures meant savings of P100-P150 million of public funds but these also meant additional costs for OFWs who had to travel farther (at personal cost) to seek assistance from government.

4. The proposal to establish a separate Department on Migration and Development must be studied carefully and discussed by all stakeholders. While at first glance such a national government body is needed as it will consolidate all migrant-related services, there are a number of problems that could arise from its establishment. A separate Department could send the wrong message to the public that migration-for-work is to be promoted further as its establishment signals a level of “permanence.”

On the practical side, meanwhile, this department can cause displacement of government employees in existing migration-related agencies. In other words, caution should be taken in establishing a new department at could create new problems rather than solve existing ones.

5. Migrants and families are stakeholders and not mere recipients of government programs and services. Governance platforms and spaces should thus allow for meaningful and sustained participation of the migrant sector. The Tripartite Consultative Councils on OFW Concerns for Land and Sea-based workers is a welcome development in addition to seats reserved for OFWs in several agencies of government. Government should maximise the benefts of online tecnology to further enhance the OFWs’ participation in policy discussions and deliberations including in oversight bodies.

6. The Freedom of Information (FOI) Act must be passed. Access to information of OFWs must be guaranteed. 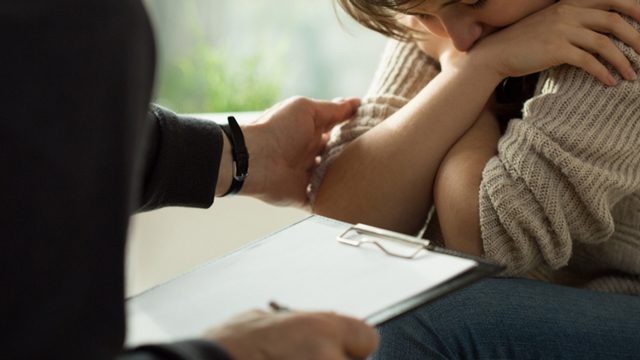 Families of OFWs are provided psychological and social safety nets

This agenda pertains to issues related to the social costs of migration.

One of the greatest paradoxes of migration-for-work is that families have to be separated to stay together.

For many Filipinos, working abroad is their only if not best option to sufficiently meet basic household needs and enable their families to live comfortable lives. While the economic benefits of migration are obvious and visible, the social costs of working abroad are often downplayed and not given enough or appropriate attention.

A study by Aurora Javate de Dios, Nanette Dungo and Melanie Reyes on “Patterns, Trends and Challenges of Labor Migration in the Philippines: Focus on Families and Children Left Behind” published by the United Nations Women (2013) claims that “except for economic and loan assistance, there has been no systematic programme to examine the issues and problems of family fragmentation, remittance dependency, reported incest cases committed by fathers or relatives on girls left behind, risky behavior of children and the growing incidence of teenage pregnancy and drug use among children left behind”. (READ: What you think you know about OFW kids is wrong)

Meanwhile, a study by Czarina Saloma on “Filipina Overseas Workers, 1950-2010: Practices of Connectedness, Commitments and Attachments” for the Institute of Philippine Culture (IPC) reveals that “largely because they view themselves primarily as nurturers rather than providers, the FOWs exert extra efforts at long-distance parenting”. Moreover, these and several other studies show that social costs of migration can be felt at both the micro (family) and macro (societal) levels. (READ: What they don’t tell you about the OFW life) 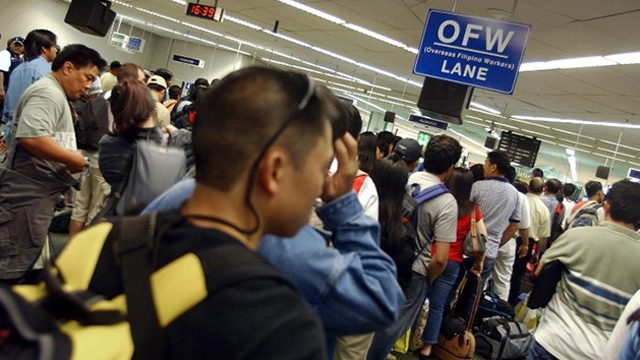 This agenda pertains to issues related to the promotion of workers’ rights as human rights.

Since the Flor Contemplacion case in 1995, various publics here and abroad have been made more aware of human rights abuses that many OFWs are made to suffer in the name of “work”. However, equally important is the notion that one does not lose human rights just because he or she has crossed borders.

a. Notwithstanding the comprehensive protection afforded by the Magna Carta for Migrant Workers, one corrective measure is in order: the provision on money claims. Congress should enact a law amending this in order to align said provision with that of the Labor Code and the rulings of the Supreme Court.

More importantly, such amendment is needed so that migrants dismissed without just cause can get compensation corresponding to the actual unexpired portion of the contract.

b. A Magna Carta for Seafarers should be enacted. This is needed for the protection and promotion of the rights of seabased OFWs and will fullfill the Philippines’ obligation to the ratification of the ILO Maritime Labor Convention.

c. The following ILO Conventions must be ratified by the Philippine government: Convention 181 on Private Employment Agencies and the 2014 Protocol to the ILO Forced Labor Convention 29 to make the Convention relevant to migrant workers Sustainable jobs are created back home

This agenda pertains to issues related to job creation, with the end view of eliminating forced migration.

Migration-for-work was supposed to be just “breathing space” for government to solve unemployment problems. This was so in the Marcos era when migration was first promoted. This is so, four decades hence. While in paper (in our labor code), migration is “not to be promoted”, in practice, all governments post-Marcos have relied on migration – instead of generating jobs in the country – to keep the economy afloat.

It is not practical or desirable to immediately put a stop to migration. What needs to be stopped is the notion – now generally upheld – that Filipino workers have to do anything and everything to find work abroad because migration-for-work is the only means by which their families can be sustained. In other words, the public’s concern should be the lack of job opportunities in the country that compel many Filipinos to seek work abroad.

The only way to address this is for government to generate jobs that pay living wages and allow Filipino workers and their families to live decently – here at home.

This year 2016 marks the first year of the Sustainable Development Goals that the international community has committed itself to in order to ensure inclusive sustainable development growth for all including migrant workers. SDG Goal 8 in particular calls for sustained, inclusive and sustainable economic growth, full and productive employment and decent work for all.

Ellene Sana is the Executive Director of the Center for Migrant Advocacy (CMA). Irynn Abano is a Program Officer of CMA. MA. Carmel V. Abao teaches political science at Ateneo de Manila University and also sits in the Board of Trustees of CMA. Melissa Lao is the current Chairperson of the ADMU Political Science Department. Both Abao and Lao are co-convenors of the ADMU Political Science Department Working Group on Migration (WGM).

Are you an OFW? Join Rappler’s online community, BalikBayan.