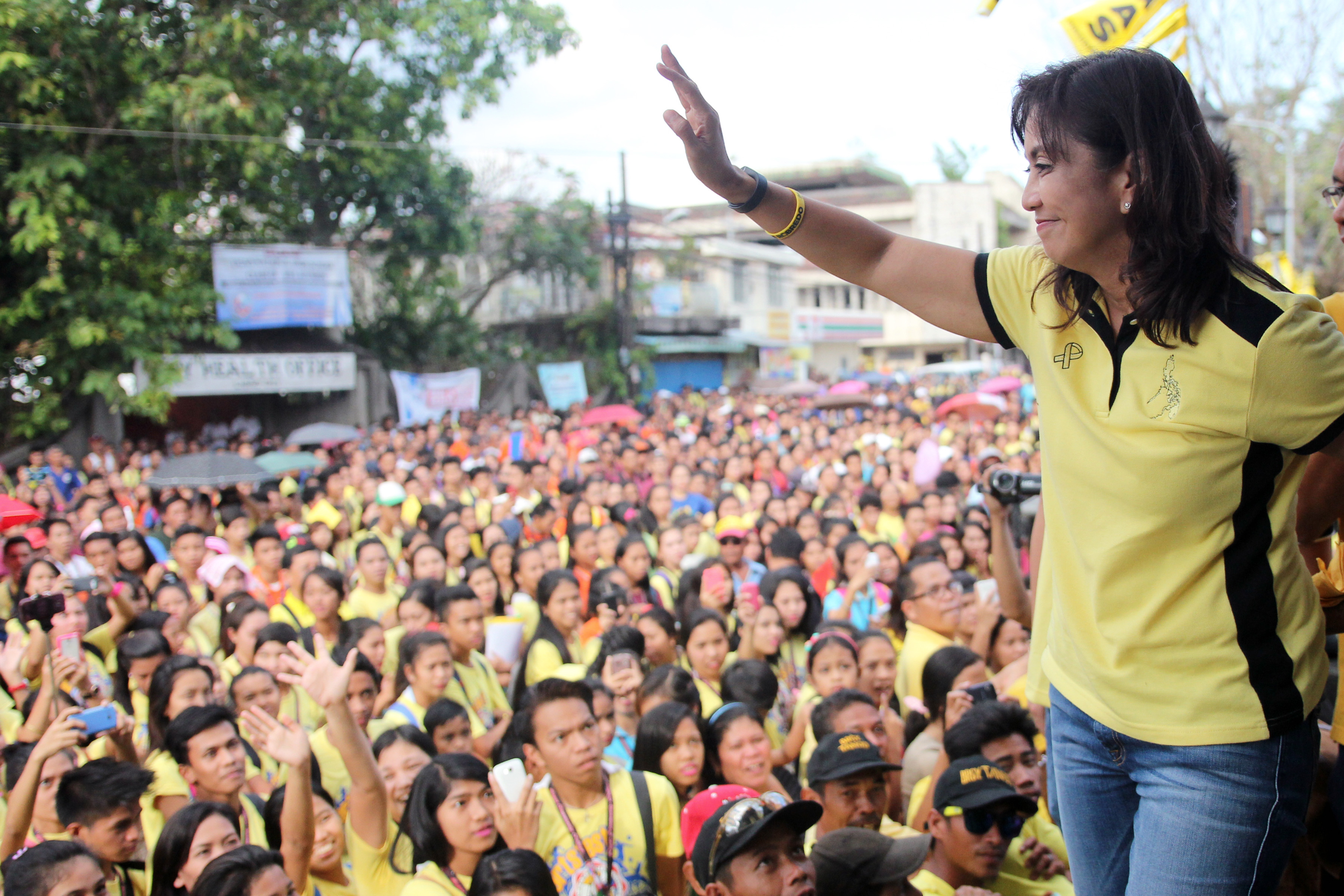 The survey results were first broadcast by TV5 and reported by Interaksyon on Saturday, April 16.

Robredo got a national score of 30%, a 5-percentage point jump over her score in the March 31 Bilang Pilipino SWS Mobile Survey.

Senator Ferdinand “Bongbong” Marcos Jr was second with 27%, up by 1-percentage point; while Senator Francis “Chiz” Escudero was third with 25%, a 6-percentage point drop from his previous.

The survey was conducted a few days after the vice presidential debate sponsored by the Commission on Elections on April 10. Based on a Rappler poll among netizens, Robredo won that debate. (READ: The VP debates in sentiments)

Among the well-off Class ABC, Marcos led other candidates with 36% but Robredo was not far behind with 32%.

Robredo was the favored candidate among the poorest Class E with 33%, followed by Escudero with 23%.

These voters were invited, and agreed, to be members of a panel of respondents to receive and reply to a few survey questions each day using mobile phones provided to them for free by Starmobile.

The questions for the April 14 survey were jointly designed by TV5 Network and SWS. – Rappler.com