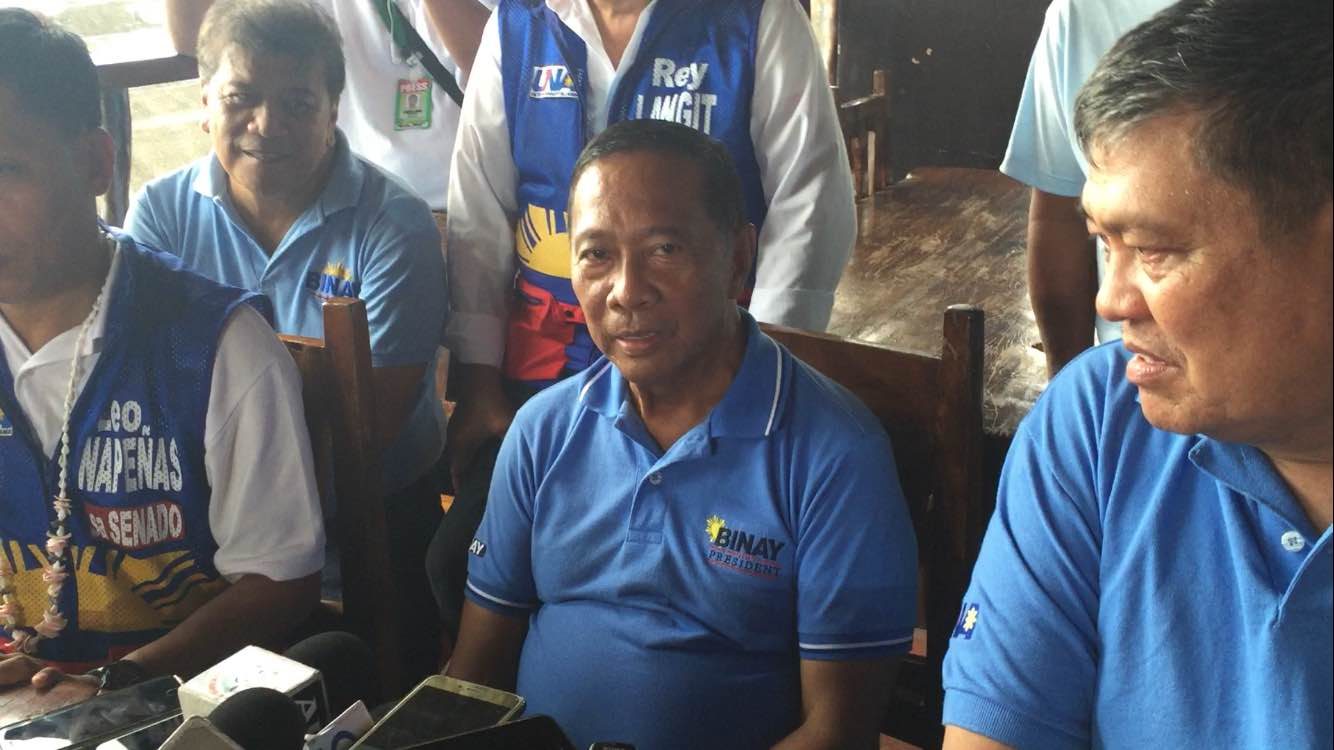 Binay was asked about it on Friday, April 22, following a Rappler story quoting Jesus Crispin “Boying” Remulla saying that his brother, Jonvic, “wants his peace…before the campaign takes its toll on him.”(READ: Is Jonvic Remulla dumping Binay?)

Jonvic, who is currently out of the country, is Binay’s former spokesmen and a campaign adviser for domestic and political policy.

(Why is your conclusion “wants his peace?” The person wants to rest. That’s probably why he didn’t run anymore, he got tired of campaigning.)

The Vice President said he remains the “best of friends” with the Remullas, even reiterating an earlier promise that he would make Jonvic his interior secretary if Binay is elected president.

The UNA standard-bearer also declined to comment on whether the alliance between his party and the Remullas’ local Partido Magdalo in Cavite remained intact.

(Imagine, because of your speculation that we will be parting ways, if I answer, “The partnership isn’t intact anymore,” then it will be true that we’re parting ways. Your questions have no basis.)

UNA president and Navotas Representative Toby Tiangco told Rappler that the alliance between UNA and Partido Magdalo “has not been cancelled or rescinded.”

“I had lunch just last week with Gov Jonvic and that issue never came up. We even talked about the progress of the campaign. I believe Gov Jonvic is a true gentleman and a man of his word. Hindi siya ang taong nagbabago ng isip (He’s not a person that changes his mind) for political convenience,” she said.

If the Remullas pull out their support from Binay, they will be the second political family from a vote-rich province to do so.  The Garcias of Cebu broke away from Binay in March to support current poll front-runner Davao City Mayor Rodrigo Duterte.

The province is considered to be Senator Grace Poe’s bailiwick because her father, the late action star Fernando Poe Jr, is from San Carlos City.

The Vice President is also supported by Pangasinan 5th District Representative Mark Cojuanco, who is running for governor against Amado “Pogi” Espino III.

Espino’s Partido ng Pangasinan supports Liberal Party standard-bearer Mar Roxas, who beat Binay for the vice presidency in the province in 2010 by 76,000 votes.

Binay is unfazed, however.

“The best survey is the election results,” he said. – Rappler.com