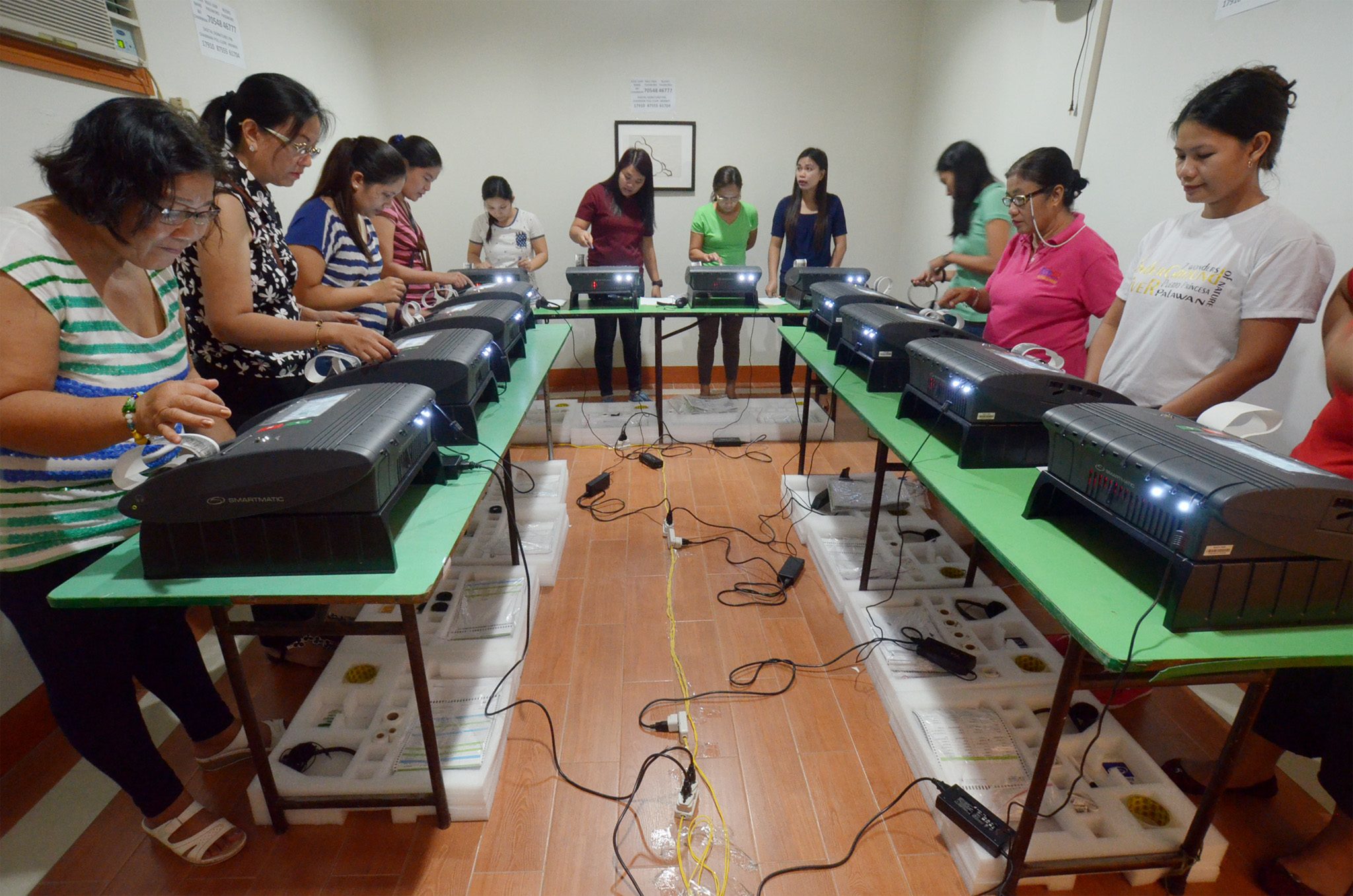 MANILA, Philippines – While they have only two weeks left before the May 9 polls, the Commission on Elections (Comelec) remains divided on at least two rules in polling precincts on election day.

The Comelec is set to tackle these rules – the amended general instructions (GI) for teachers serving as election inspectors – in its regular meeting on Tuesday, April 26.

A Comelec insider told Rappler that Commissioner Christian Lim, the steering committee head for the 2016 elections, has formally opposed these rules through a memo sent to his colleagues.

The amended rules had been published on April 12. Lim, who was on official business when the poll body adopted these rules, already told reporters about his concerns in an interview on April 15.

Another rule, also the subject of debates, classifies the filing of “frivolous objections” as an election offense. This means voters can go to jail if they make frivolous objections over the way VCMs read their ballots as indicated on voting receipts. (READ: Can Comelec sue voters over ‘frivolous’ objections?)

The latest objection to these two rules came from Lim, the most senior poll commissioner in terms of years in office, who practically runs the May 9 elections as its steering committee head.

Lim sent a memo to his colleagues on Friday, April 22, a source in the Comelec said.

In his memo, Abas said the ballot replacement rule might lead to the running out of ballots, which “will ultimately disenfranchise voters.” (READ: Comelec ballot rule may rob voters of right to vote)

Abas said the rule on frivolous objections, on the other hand, “lacks basis” under the law.

Abas said that in the Autonomous Region in Muslim Mindanao, for instance, the voter turnout in certain areas was “close to a hundred percent” in “numerous instances.”

Comelec Chairman Andres Bautista, who proposed this new rule, earlier said that because the poll body does not expect 100% voter turnout, it believes there will be spare ballots that can be used as replacement ballots. In the Philippines’ last presidential elections held in 2010, for instance, voter turnout was 75%.

Mall voting in limbo, too

Observers have warned, however, that politicians can use the ballot replacement rule to cheat their rivals in this year’s elections.

While the amended GI remains hanging, the Comelec also remains undecided on whether to turn a number of malls into polling precincts.

Lim sent a memo to his colleagues last Friday to say he now rejects the proposal.

Before this, Comelec Commissioner Rowena Guanzon already rejected the proposal to hold elections in shopping centers.

“It is unlawful,” Guanzon told Rappler.

The Comelec is expected to tackle mall voting, alongside replacement ballots and frivolous objections, in its regular meeting on Tuesday.

This comes as the poll body faces other problems such as implementing a Supreme Court ruling on voting receipts and addressing the unprecedented Comelec data leak, considered the biggest leak of private data in Philippine history. – Rappler.com