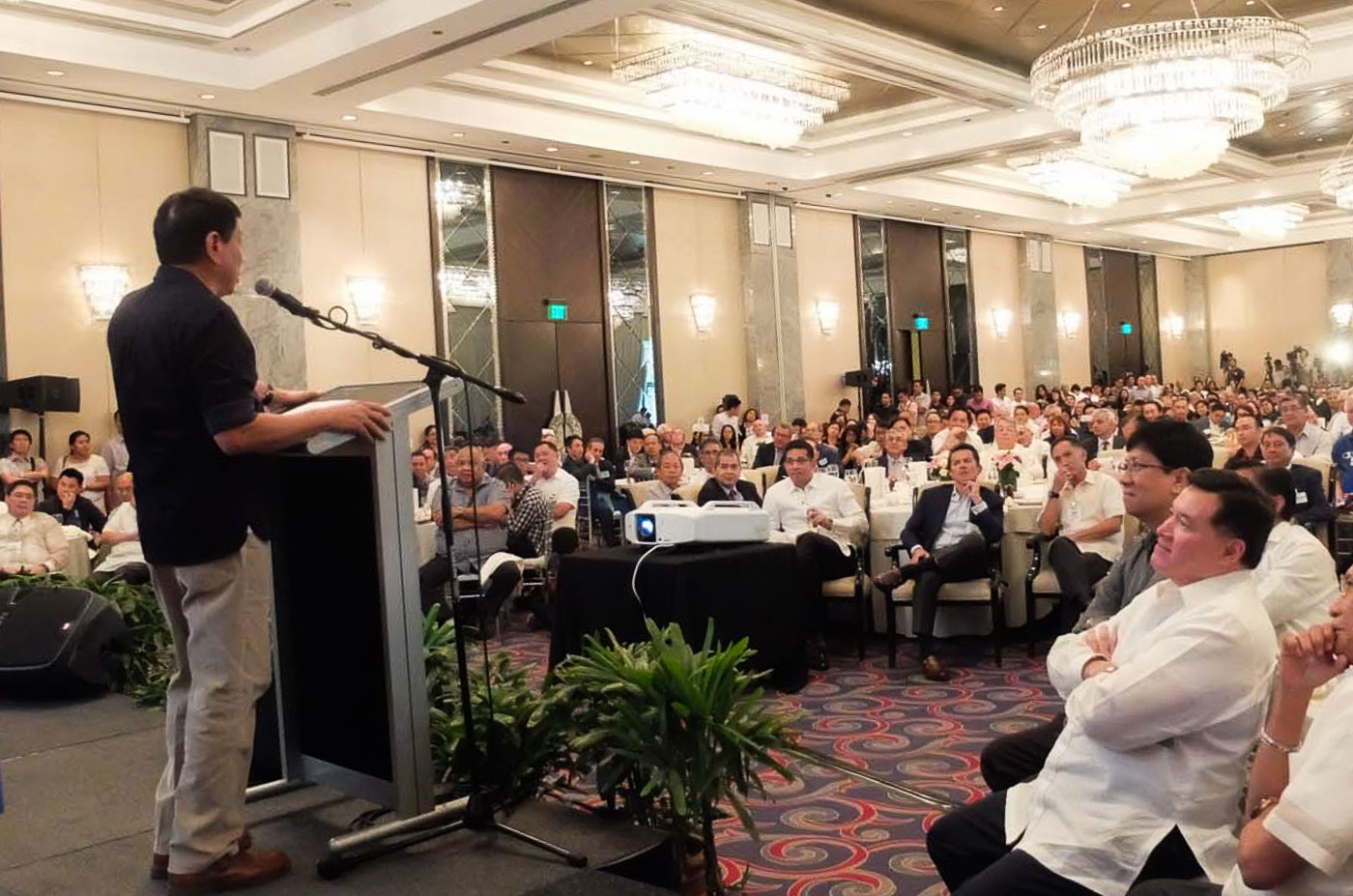 MANILA, Philippines – Presidential candidate Rodrigo Duterte dismissed as “garbage” the accusation of Senator Antonio Trillanes IV that he is hiding P211 million in a Bank of the Philippine Islands (BPI) branch.

“Maniwala ka (Don’t believe it). That’s garbage,” he told reporters on Wednesday, April 27, after a business forum in Makati City.

Trillanes, who is running for vice president, claims that Duterte did not declare the bank account in his Statement of Assets, Liabilities, and Net Worth (SALN) which means, if the bank account exists, Duterte can be impeached if he becomes president.

Trillanes identified and listed at least 9 transactions involving an alleged joint account with his daughter Sara Z. Duterte. Trillanes, who is running for vice president and is supporting presidential bet Grace Poe, listed transaction dates that fall on March and December 2014.

He presented a table with the alleged “credit” transactions involving millions of pesos but these did not carry a bank certification. Nor did the list appear to come from the bank itself. Bank secrecy laws prohibit banks from disclosing information about their clients and about bank transactions.

The sums were supposedly credited to the BPI Julia Vargas Avenue branch in Pasig City. Trillanes also claims Duterte has accounts in other banks like LandBank, Banco de Oro (BDO), and Metrobank.

“He is a liar. He fabricated it,” Duterte said of Trillanes.

“Ay hindi na, pahirapan ko na si Trillanes. You prove it. I won’t make it easy for you. I will not play into your hands, you prove it,” he said.

Asked if he would file charges against the senator, Duterte said without giving any more details, “Yes, of course. Sabi ko nga, prove it kasi pag hindi siya i-prove e di ayan (That’s why I said, prove it, because if not, then so be it),” he said.

Asked if he left out anything in his SALN, Duterte said, “Wala (nothing).”

Whatever money is in his bank accounts, he said, is his salary.

Duterte is currently the presidential race front-runner according to recent surveys. He obtained a 35% preferential rating compared to second-placer Poe, who got 23%. Trillanes is lagging behind at 5th place in the vice-presidential race, where Ferdinand Marcos Jr leads with 29%. – Rappler.com