Duterte to ‘unimpressed’ businessmen: I will hire economic minds 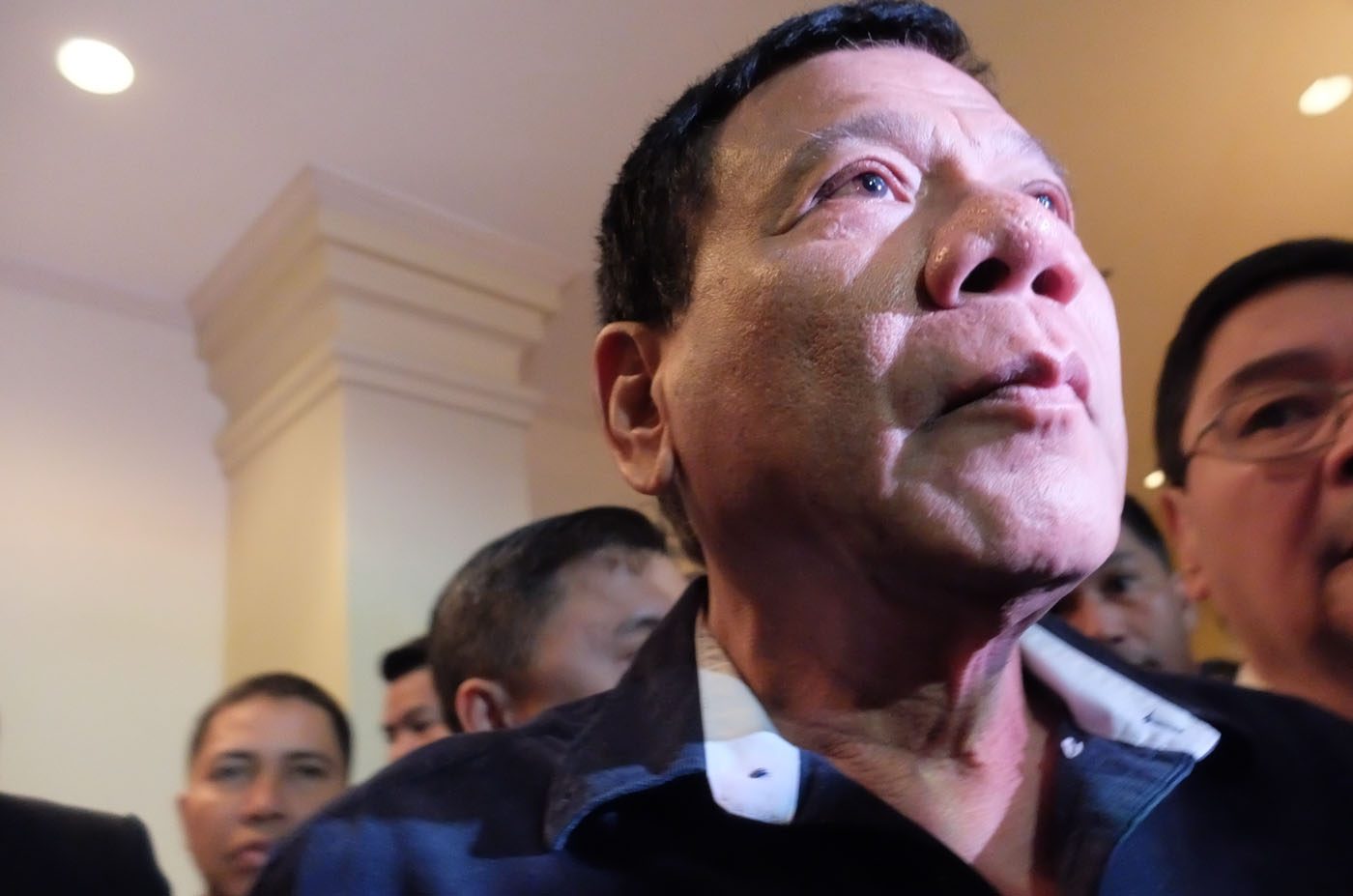 “If they are not impressed with me, I’m sorry. Because I never pretended to be a Wharton graduate,” he said on Monday, May 2, during the television show of religious leader Pastor Apollo Quiboloy.

He admitted he’s no expert on economic policies, having risen to fame more for his approach to fighting crime in Davao City. Which is why, he said, he will seek the help of the “economic minds of the country” should he win on May 9.

“My economics grade, if I remember in AB [Bachelor of Arts], around 78. Why would I attempt to be a smart aleck if I am really not? If I get to be president I would employ the economic minds of the country, maybe offer them a higher salary,” he said in a mix of English and Filipino.

He said he would be willing to match the salaries that these economic experts get in the private sector to entice them to work for government.

“You don’t get good guys to work for you because the salary is terribly, terribly low. Kaya walang mga bright diyan. Pero kung ipantay mo ang suweldo or taasan mo (That’s why there’s no one bright in government. But if you match their salary or increase it), consultants, give them P300,000. ‘Just advise us on what to do,’” he said.

The Davao City mayor also repeated that he won’t hesitate to continue existing programs or copy those proposed by his rival presidential candidates if they have a good chance of being effective. (READ: Duterte, Cayetano platform focuses on crime, economy)

(And you say Roxas’ proposals are good, then I will copy them. Give me his speech, also Poe’s, I’ll consolidate them and copy them.)

He would not have qualms about adopting those plans because they were crafted by people serving in government.