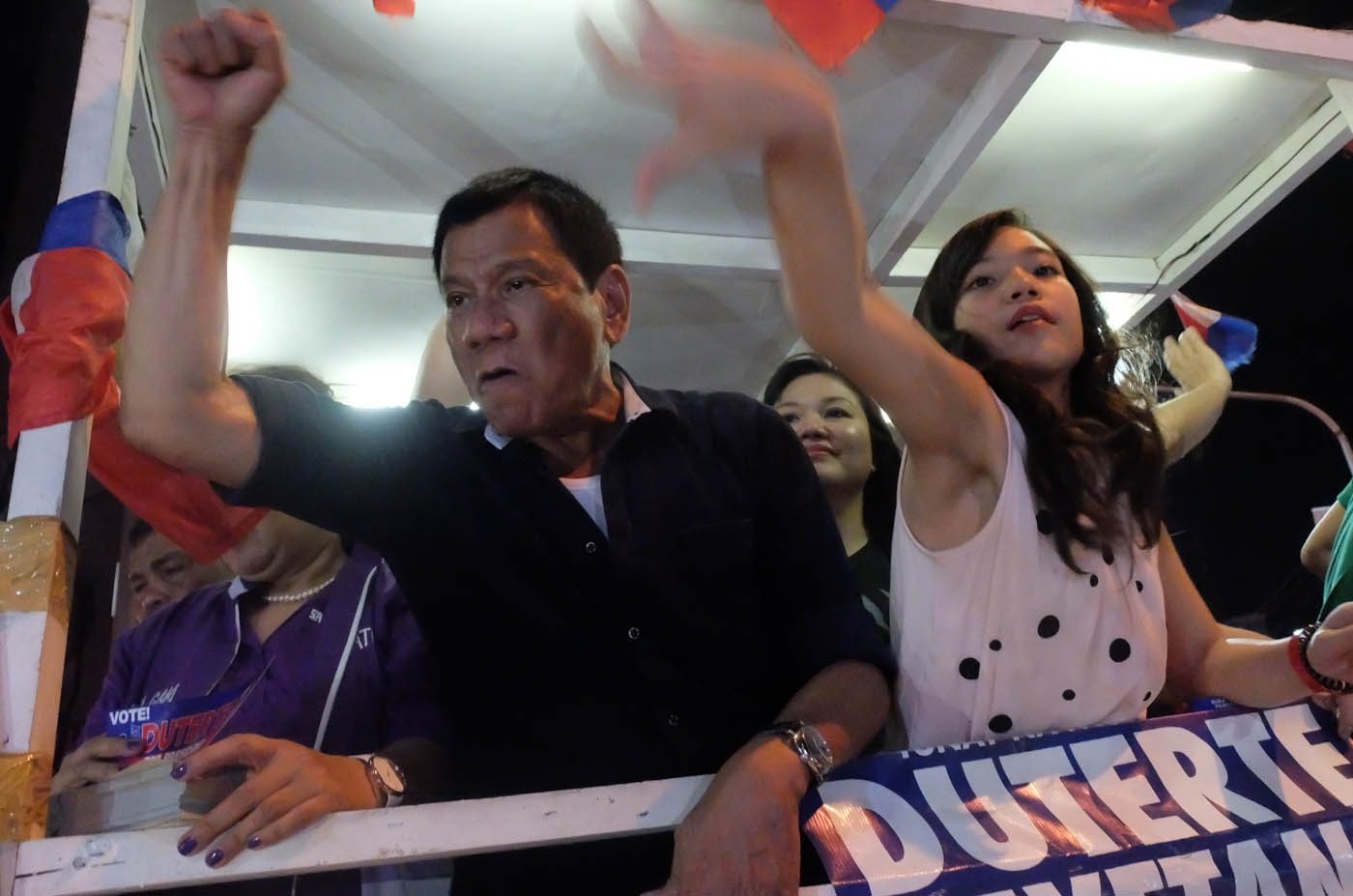 I was able to have a small chat with Rodrigo Duterte’s youngest daughter Veronica “Kitty” Duterte at his sortie in Lipa, Batangas in April.

Her father was inside the Lipa mayor’s office and had just been interviewed by us reporters. Twelve-year-old Kitty was with her mom, Cieleto “Honeylet” Avanceña seated on a couch in another room.

“I feel tired but we have to support him,” said Kitty when I asked her how she was feeling, attending all those rallies with her parents.

She’s a common sight in Duterte’ sorties. I’d say out of all Duterte’s kids, she’s the one who’s seen most often with him on the campaign trail.

Kitty can often be seen bravely walking up the stage to her father under the gaze of hundreds, even thousands of people. In the middle of his speech, she whispers to him reminders like the lack of time or the need to mention important parts of his platform like continuing the popular Pantawid Pamilyang Pilipino Program (4Ps).

When Duterte doesn’t heed her advice, Kitty said she gives him the silent treatment after. About the large crowds and enthusiastic supporters she sees during Duterte’s motorcades and rallies, she said she feels grateful.

Despite being the daughter of a now powerful man, Kitty is no princess. I’ve seen her struggle through stampede-like crowds. One time, I had fought my way to the tiny circle of the media ambush-interviewing Duterte only to see Kitty right beside me, holding up her smartphone, sweaty but composed.

She told me, on another occasion, that she’s not scared of the often uncontrollable crowd.

“If they push me, I push them back,” she said with a mischievous smile. – Rappler.com

Related article: CAMPAIGN NOTES: 10 things I learned about Duterte on the campaign trail