May 7, 2016 12:15 PM PHT
Bea Cupin
Facebook Twitter Copy URL
Copied
How does he take his coffee and why is Plants vs Zombies the best game on the iPad – these are some of the fun stuff I know about the Liberal Party standard-bearer 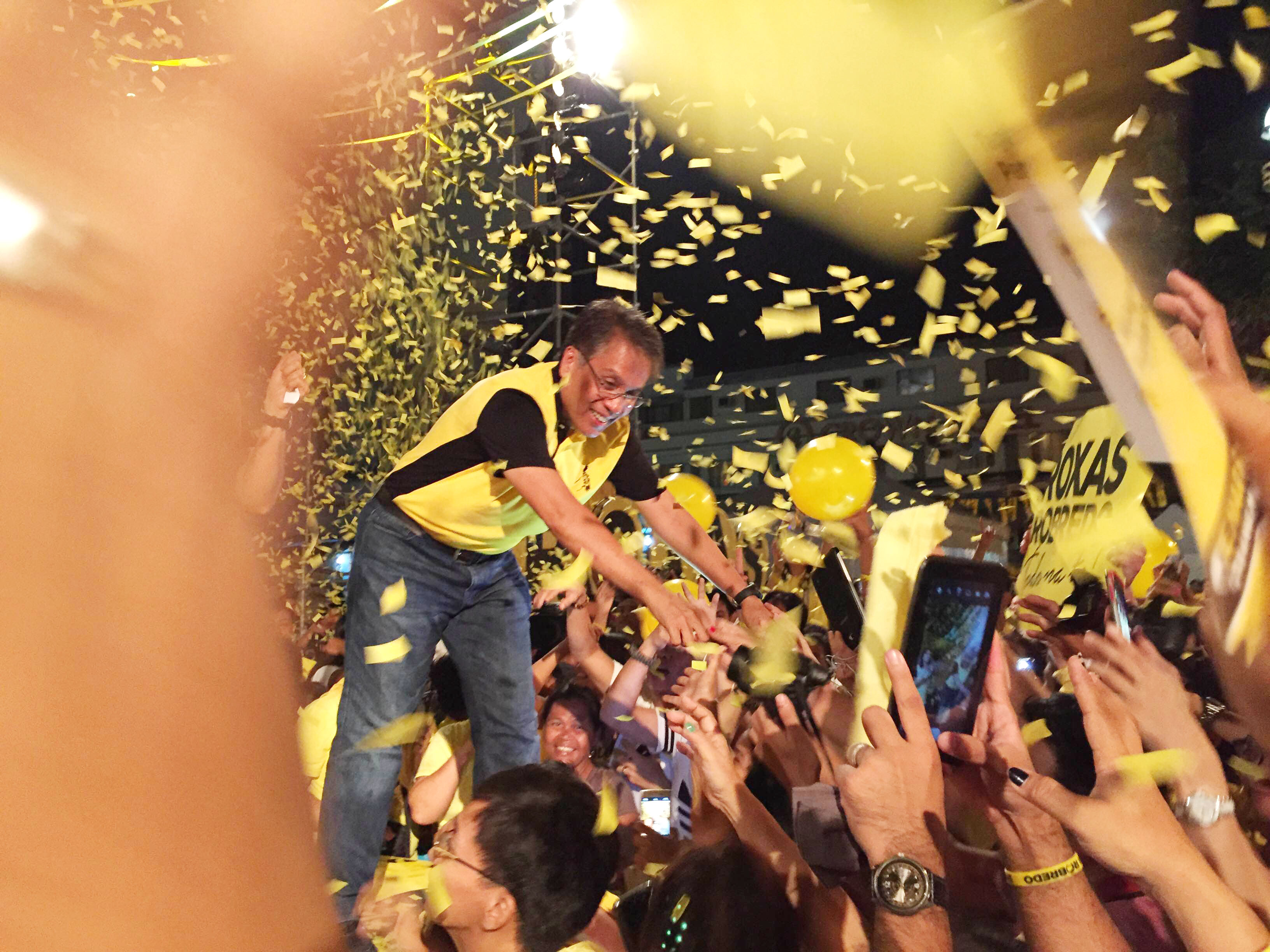 The first time I saw Mar Roxas in person, it was a little past midnight on April 29, 2013, a few hours after news first broke that Janet Lim Napoles, the supposed brains of the so-called “pork barrel scam,” had surrendered before no less than President Benigno Aquino III.

It was cold, I was confused and definitely out of my comfort zone when a tall man walked out of the Philippine National Police (PNP) headquarters in a polo barong. He looked worse for wear when he began taking in questions from media.

I was new to the world of field reporting so although I was itching to ask him a question (Would Napoles be a state witness now? Why in the world did she surrender to the President?), I didn’t.

Because I was intimidated.

Roxas, then the chief of the interior department, was a figure I wasn’t quite ready to deal with just yet. In my rookie eyes, he was too high up there for me to take on this early in the game (wrong). Besides, I’d already heard a thing or two (some, not so good) things about him.

So I let the veteran journalists take over (if you watch the video, it’s the late Aries Rufo who asks one of the questions I wanted to ask) while I struggled to take a video and survive what would be the first of many crazy chance interviews with the interior secretary.

A lot has changed since then.

By 2014, I was assigned to cover the PNP and the Department of the Interior and Local Government (DILG).

The past two years or so have been interesting, to say the least. And I’ve learned a thing or two about Mar Roxas, beyond the political packaging and the (often times, mean) internet memes.

The devil is always in the details for Mar Roxas. Over at Camp Crame, Roxas is famous (or infamous, depending on your perspective) for demanding attention to the littlest details. He gets upset when colleagues – even generals – come unprepared and isn’t afraid to call him out.

It’s a work ethic he’s always had and he continues to have.

“Complete staff work” is expected, be it for a presidential debate, a speech, an engagement, or a press conference. It helps (or doesn’t help, again depending on your perspective) that the former interior secretary is a numbers whiz.

Those who’ve heard him speak before business groups know what I’m talking about. He rattles off statistics, cites data, and crunches numbers like it’s nobody else’s business. An aside: it’s usually at this point in the coverage where I zone out and get lost in the numbers. 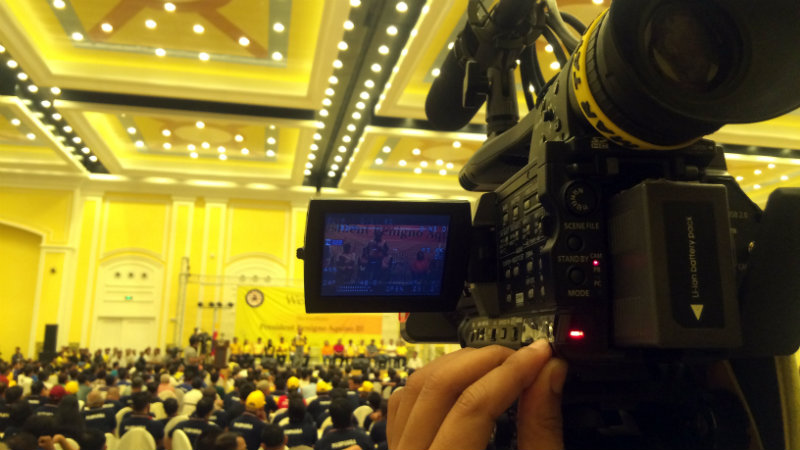 Roxas is also an astute observer. He almost always knows when he’s being lied to and definitely knows when someone (ahem, the media) is just making bola (flattering him). And he definitely doesn’t shy away from calling you out.

Back when he was still DILG chief, questions about the 2016 elections were usually ignored or worse, Roxas would cut the interview short abruptly. So during his trips around the country, the media trailing him (including myself) made it a point to first ask about the project or the event before we started throwing the juicier questions.

This ruse went on until he finally made his presidential bid formal.

And then the joke was on us. Over coffee, Roxas told us: “Before, you’d butter me up by pretending to care about the project or the event, didn’t you.”

Even on the campaign trail, some reporters would start off the daily chance interviews/press conferences with a question or two about the province or factory he visited. I suspect it was partly an act of respect and mostly a move to make sure he’d be in a good mood throughout the interview.

But as the competition between presidential candidates grew fiercer, Roxas himself would cut straight to the point. “Oh, tanungin niyo na ako tungkol kay Digong,” he told media that one time it was clear we all wanted to ask him about a political controversy but pretended that we were interested in something else. He’s on to us.

When it comes to issues hurled against his integrity or his family, the gloves are usually off. Roxas uncharacteristically snapped after erstwhile friend Rodrigo Duterte accused him of lying about his college degree.

One of the times he showed obvious irritation towards the media was when he was asked about wife Korina Sanchez and the Department of Agriculture during a chance interview with Davao. 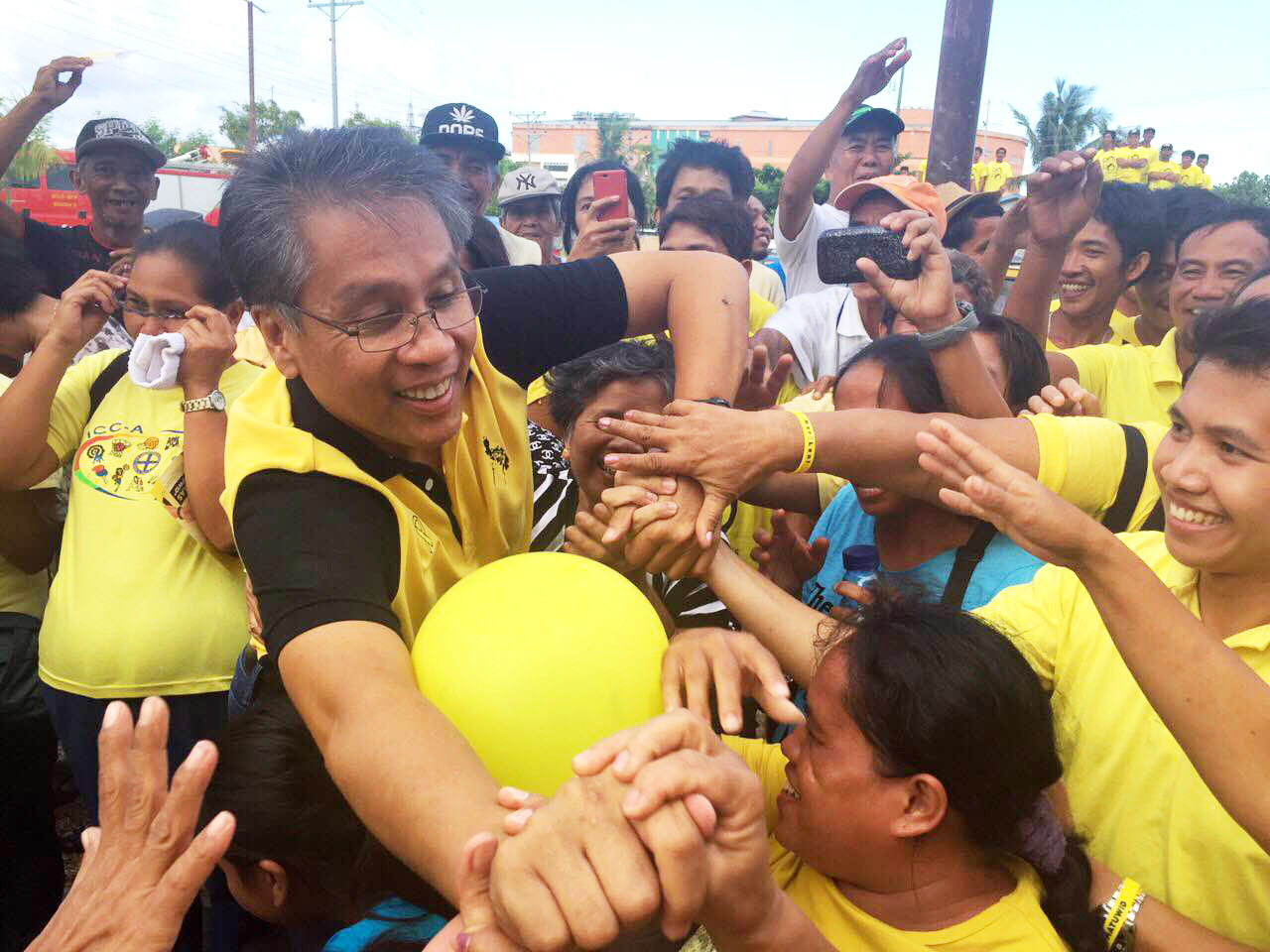 If there’s one thing Roxas can be adamant about, it’s food – either food for the people around him, or food after (or in the middle of) a long and tiring campaign day.

He isn’t very picky about where or what he eats either but there are some non-negotiables like warm sabaw (soup) when he’s feeling under the weather.

Food also gives him the chance to interact with media outside of the stump speeches and chance interviews we cover. Whenever Roxas spends the night in the province he’s campaigning in, his aides make it a point to schedule either dinner or coffee with the reporters trailing him.

Even before the campaign period started, he’s always had this habit of sharing a meal with reporters. During one provincial visit, Roxas suddenly showed up and sat with us, even if there was a sizeable group of mayors eager to chat him up.

That morning, we dutifully lectured him on who’s who in the Philippine love team world.

In Albay, right after their kick-off really in Legazpi City, Roxas picked a dinner with media over other invitations. These conversations are almost always off-the-record and can cover a whole range of topics.

That night in Legazpi, it was the origins of Discovery Channel, the rough history of the Araneta clan, and why Plants vs Zombies is the best game to play on the iPad.

There are more serious issues discussed over food. During a forum in Ateneo, Roxas talked agriculture and land reform with community leaders (and the media). After an event with labor unions, the topic was the intricacies of contractualization and “endo.”

It’s during these conversations where he’s the most unguarded and for better or worse, he can talk for hours on end. Sometimes, it takes an aide or a more senior guest to cut the conversation short.

It can be exhausting covering Mar Roxas, particularly when it’s a rally inside a jam-packed gymnasium. He makes it a point to interact with as many people as possible, literal physical barriers be dammed. I call it “buwis buhay” moves.

At 58, sometimes it’s hard to imagine how Roxas still gets away with climbing up and under steel railings, going up and down bleachers, and wading through huge crowds.

WATCH: Agility is apparently a requirement in this campaign #PHvote #PHvoteRoxas https://t.co/02dFH7H7sL

But more than the media, it’s his security team that gets the brunt of the exhaustion. The aides tasked to ensure his safety are also told not to push away people or prevent them from interacting with Roxas.

At the same time, however, they have to make sure he isn’t put in harm’s way.

The solutions vary. They either keep a close but comfortable distance from Roxas or at least anticipate his next move.

Mar Roxas has held many positions in both the legislative and executive branches of government but for the most part, the staff and aides surrounding him remain the same. Most of his aides now have been working with him since he was transportation chief.

Some have worked with Roxas far back as the 90s. Some of his younger aides now are familiar faces who worked him back when he was still a senator.

It’s a core of aides and staff members who keep a low profile and are fiercely loyal to Roxas.

He can be simple. Roxas has gotten a lot of flak in the year’s I’ve covered him (but if we’re going to be honest, the deluge of flak started way before that). He’s been vilified on social media for supposedly trying too hard or for pretending to be one with the masses when he’s not.

It can’t be denied that he’s part of the elite (hello, he has a net worth of over P200 million), but Mar Roxas uses a cheap Swatch watch, wears the same pair of black rubber shoes every day, and drinks Nescafe instant coffee with stevia.

Before any of you can shout bloody #bias (because a handful of you will, that’s for sure), let it be known that contrary to popular belief, embedded reporters don’t always have the Stockholm Syndrome.

Spending your waking (and even dreaming) hours fixated on a candidate only means you get to see him (and the people around him) for what they truly are – warts and all. – Rappler.com