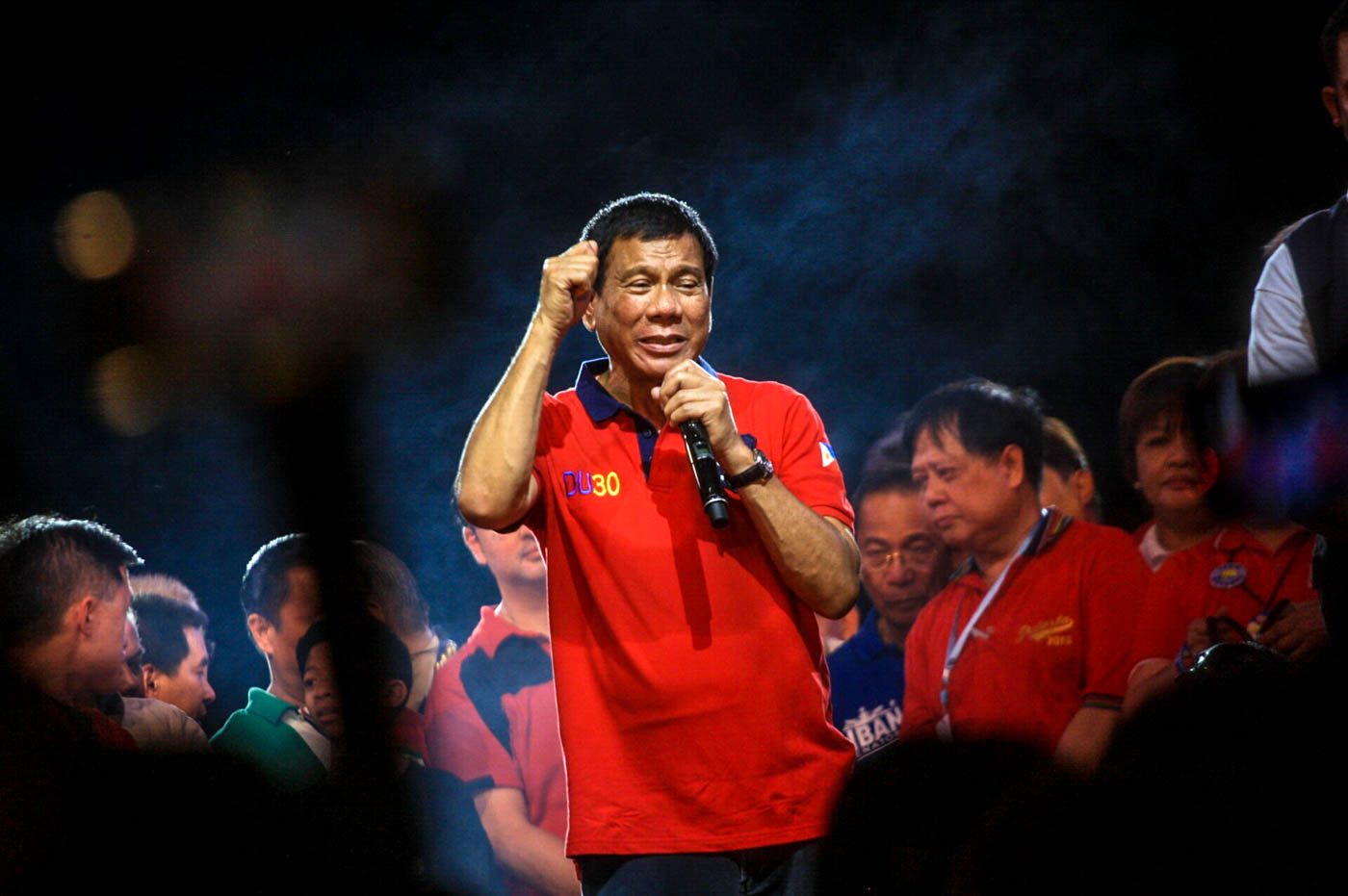 Facebook Twitter Copy URL
Copied
'It's with humility, extreme humility, that I accept this, the mandate of the people,' Duterte says in Davao City

MANILA, Philippines – With 87.5% of precincts already accounted for, Rodrigo Duterte, mayor of Davao City, is the presumptive winner of the 2016 presidential elections in the Philippines.

According to the unofficial and partial results from the Commission on Elections’ transparency server, Duterte has 14,680,126 million votes or 36.6% of transmitted votes as of 3:08 am on Tuesday, May 10. Duterte currently enjoys a more than comfortable lead ahead of Liberal Party (LP) standard-bearer Manuel Roxas II and independent candidate Grace Poe. While Roxas and Poe has been switching ranking since precincts closed, Duterte has not even once been dislodged from the top spot.

Duterte is expected to hold onto the top stop as the remaining provinces that are yet to complete their transmission are not vote-rich.

The PDP-Laban standard-bearer’s performance in the polls (36.6%) surpassed results of voter preference surveys, where he peaked at 33% with margin of error of +/-1.5%. (READ: Rappler Poll Monitor)

Anti-establishment firebrand Rodrigo Duterte told Agence France-Presse on Tuesday he would “accept the mandate of the people.”

“It’s with humility, extreme humility, that I accept this, the mandate of the people,” Duterte said in Davao City, which he has ruled as mayor for most of the past two decades. – with a report from Agence France-Presse/Rappler.com