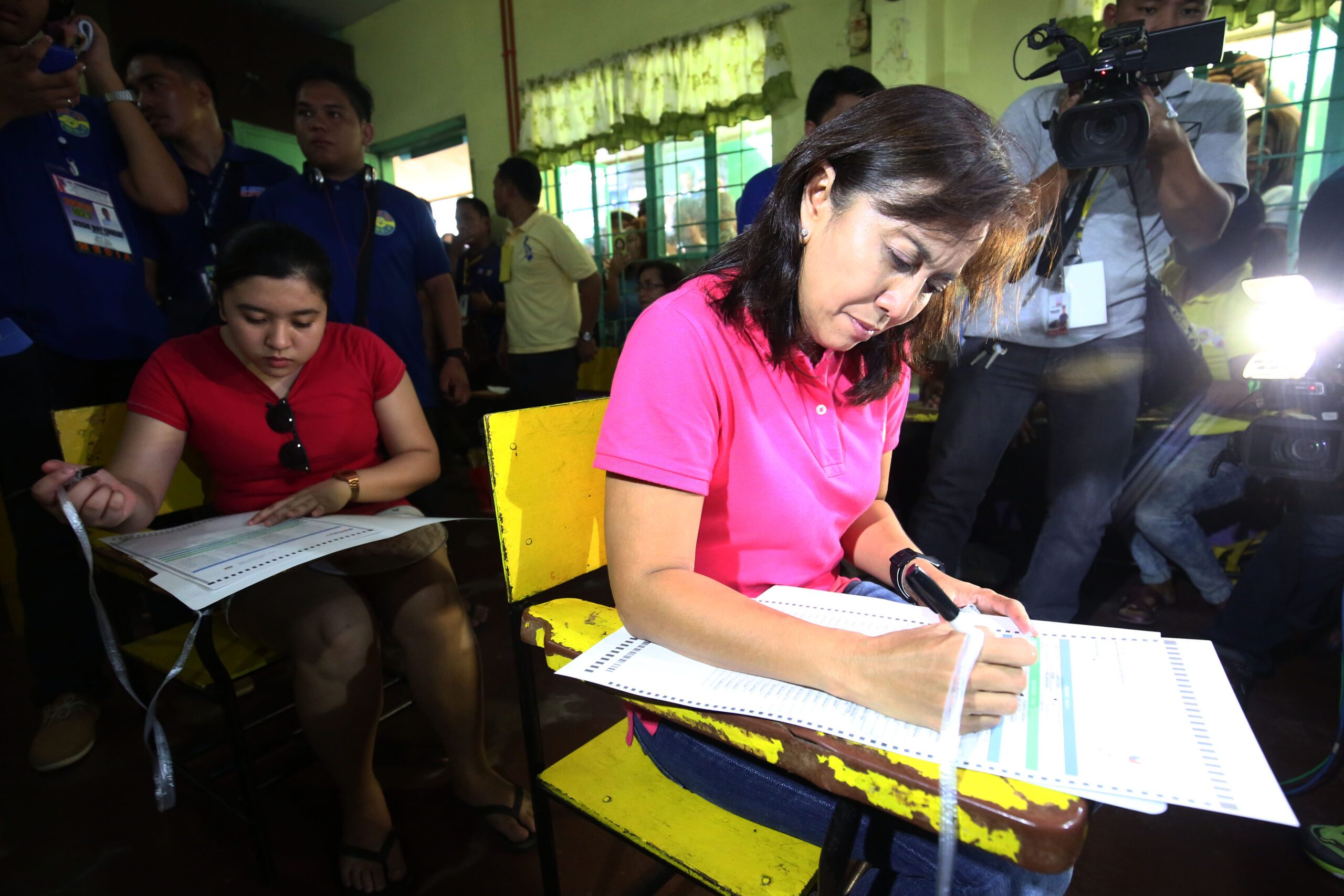 Facebook Twitter Copy URL
Copied
After hours of Marcos dominating the vice presidential race, Robredo closes the gap and takes the lead in the early hours of Tuesday, May 10

NAGA CITY, Philippines – From trailing by a million votes behind closest rival Senator Ferdinand Marcos Jr, Camarines Sur representative Leni Robredo has now edged past Marcos in the vice presidential race, after several hours of slowly closing the gap between them.

Hours after voting ended on Monday, May 9, Marcos quickly dominated the vice presidential race. But as the hours went by, Robredo slowly caught up with the senator, eventually posting a lead of 19,262 votes as of 4:28 am on Tuesday, May 10, with 88.08% of precincts reporting.

(Not that we’re pre-empting our institutions, but we have our own operation quick count and we see that in the end we’ll win.)

As of posting, the hashtag is currently a Philippine and global trending topic on Twitter.

Robredo’s daughters also took to Twitter to celebrate their mother’s slow but steady advance in the rankings.

While Robredo has now taken the lead, the vice presidential race remains a close one, with the difference between the two candidates remaining very slim. – Rappler.com