Duterte’s wife: Search is on for a special barong Facebook Twitter Copy URL
Copied
Daily trips to Davao during a 'transitional period'? Here are other things to expect from a Duterte presidency according to his wife, Honeylet Avanceña.

Her husband, now facing the very real possibility of becoming the country’s next president, is across the room from her surrounded by admirers.

But the decision of the Filipino people will have a profound impact on not just Duterte, but his family life as well.

No one knows this more than Avanceña who has had to grapple with the possibility of a president husband for the last few months.

Avanceña, Duterte’s wardrobe manager of sorts, said one of the first things she has to start thinking about is what her husband will wear for his new position.

Duterte, not fond of “itchy” barongs, usually wears collared shirts made of smoother fabric. Avanceña has already hatched a plan.

(That’s easy, I will fold his barong sleeves, look for soft cloth that looks like barong. I will make him choose the cloth he wants.)

As for the pants to go with Duterte’s special barong, she said to expect jeans or corduroy.

“Hindi talaga siya puwedeng synthetic, the one that you usually pair with ‘yung barong. Maong or the corduroy or ‘yung black. Ganoon talaga siya. Wala tayong magawa,” she said.

(He can’t wear pants made of synthetic cloth, the one you usually pair with barong. He prefers jeans or corduroy. He’s really like that. We can’t do anything about it.)

Earlier that day, Duterte told Rappler that he would most likely make daily trips from Manila to Davao City during a “transitional period.”

“Maybe for 6 months to one year. But I won’t be building a Malacañang in Davao,” he said.

His decision has something to do, not only with his own comfort but with his youngest child, Veronica “Kitty” Duterte.

(My daughter doesn’t want to study in Manila, she wants to stay here. It would have been okay if she stays in Manila. I haven’t been able to convince her.) 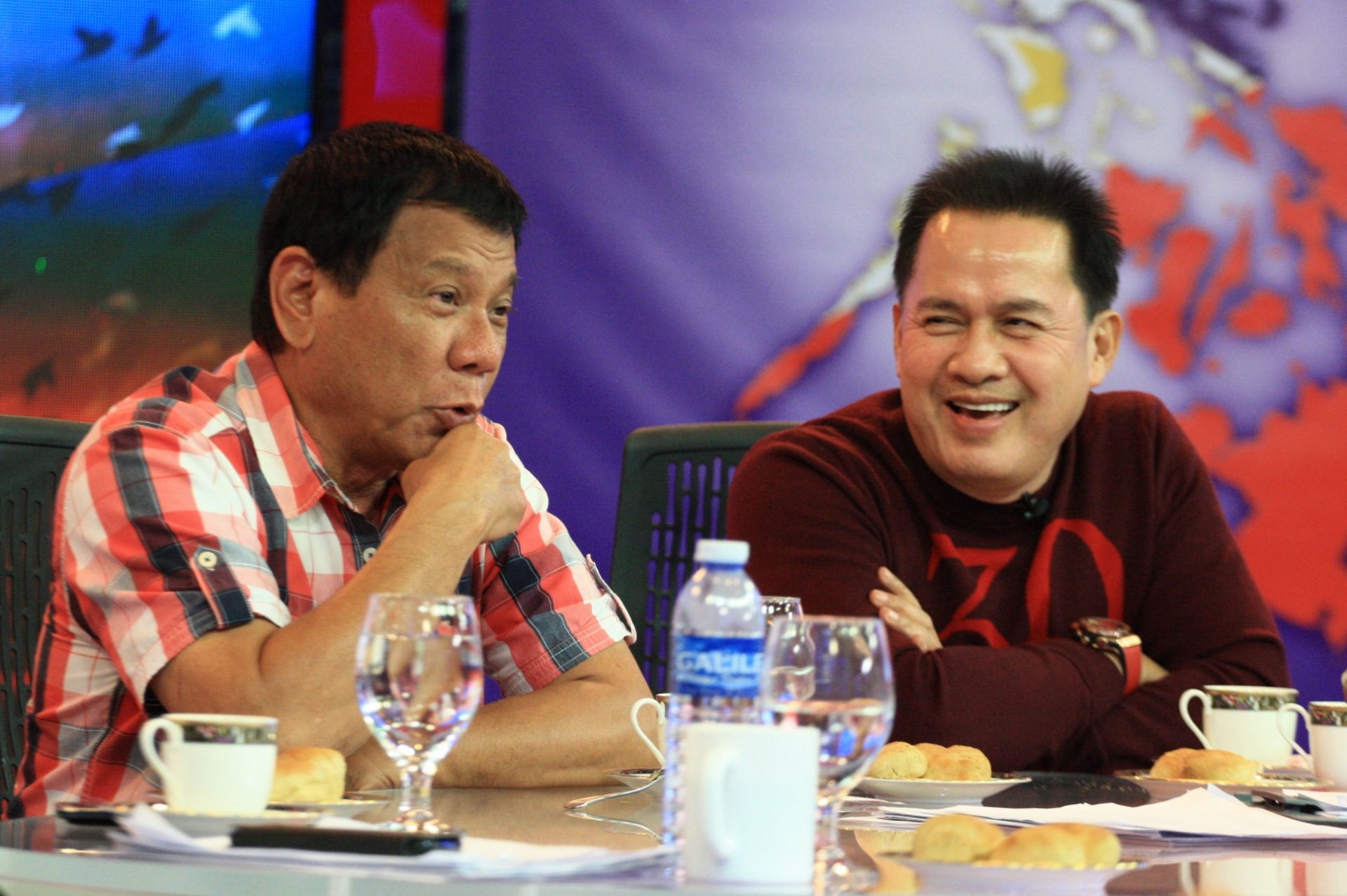 Kitty wants to stay in Davao City to be with friends she’s had since prep school, she added.

Duterte managing the country from Davao City used to be a non-negotiable for Avanceña.

(I said before, I will agree to your presidential bid as long as Malacañang will be transferred to Davao. I don’t know if that will happen. Let’s see what will happen.)

Duterte previously said he would likely use Pastor Apollo Quiboloy’s private jets to make the daily trips back to Davao City.

Quiboloy, a religious leader who shares a 3-decade friendship with Duterte, allowed the Davao City mayor to use his planes during the campaign season.

Duterte has admitted accepting properties, cars, and shoes from Quiboloy who has maintained these “gifts” don’t come with strings attached. – Rappler.com