May 11, 2016 5:08 PM PHT
Fritzie Rodriguez
Facebook Twitter Copy URL
Copied
In some barangays, almost all of the voters who turned up in polling precincts voted for a particular presidential candidate 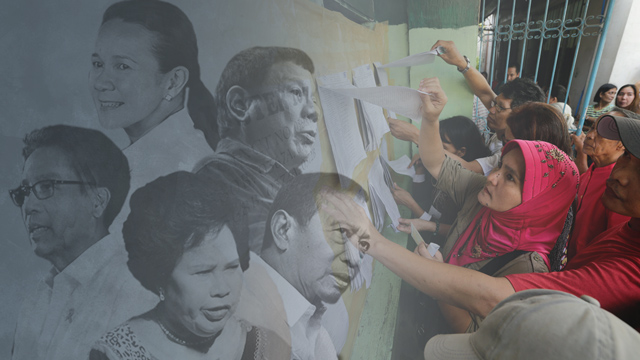 At least 95% – or even more – of these voters from particular barangays (villages) united and voted as a bloc for their respective bets. (READ: Which home provinces delivered for presidential, VP bets?)

In the partial and unofficial election results, Davao City Mayor Rodrigo Duterte leads with over 15.8 million votes or 38.5% of all votes as of Wednesday, May 11.

His victory was more pronounced in his hometown. Davaoeños in the city solidly and consistently backed their longtime mayor on his path to the presidency.

Ten more barangays in 5 towns and cities in Davao del Norte logged over 95% of the votes for Duterte.

Voters in 24 other barangays from Nueva Ecija to Sulu also went all-out for Duterte.

Placing second yet far behind Duterte is Mar Roxas with over 9.6 million votes or 23.5% of all votes as of Wednesday, May 11.

In fact, one barangay delivered a 99.63% bloc vote. This means only one of the 269 registered voters in Bgy Topocon in Karomatan did not vote for Roxas.

“Mindanao is not hungry for entertainment, Mindanao is hungry for development and we’re going to fight for this election,” Dimaporo said in late 2015 during a meeting with Roxas and his allies from Mindanao.

Overall, however, Duterte still topped the polls in Maguindanao and Lanao del Norte, gaining over 50% of votes in both provinces. Roxas only came second, garnering around a quarter of votes.

In 2015, Roxas stood in hot water over the Mamasapano clash in Maguindanao, which claimed 60 lives, including 44 members of the Philippine National Police Special Action Force. (READ: Presidential bets on Mamasapano clash)

In the same year, Roxas turned over his post as interior secretary to then Samar Representative Mel Senen Sarmiento.

Interestingly, two out of 36 barangays in the town of Santa Margarita, Western Samar bloc voted for Roxas. 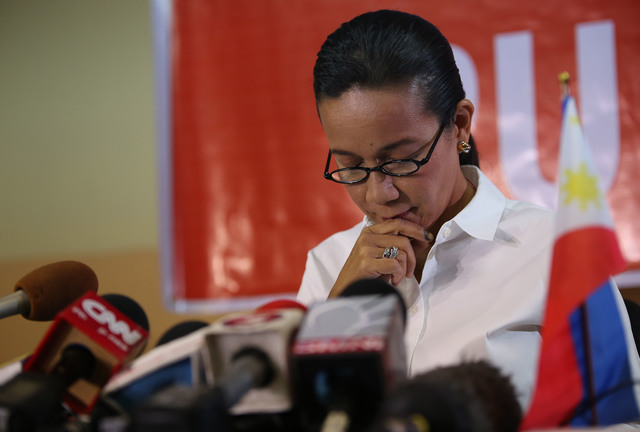 Tailing closely behind Roxas, Poe currently has over 8.9 million votes or 21.6% of all votes as of Wednesday.

The senator was the first presidential bet to concede to Duterte a day after the election.

She won by a landslide in two barangays in Angadanan, Isabela, and one barangay in Bumbaran, Lanao del Sur.

This is despite having an alleged squabble with Isabela Governor Faustino Dy III during a campaign sortie in April.

Although Dy is a member of the Nationalist People’s Coalition supporting Poe, he is known as a Roxas supporter. 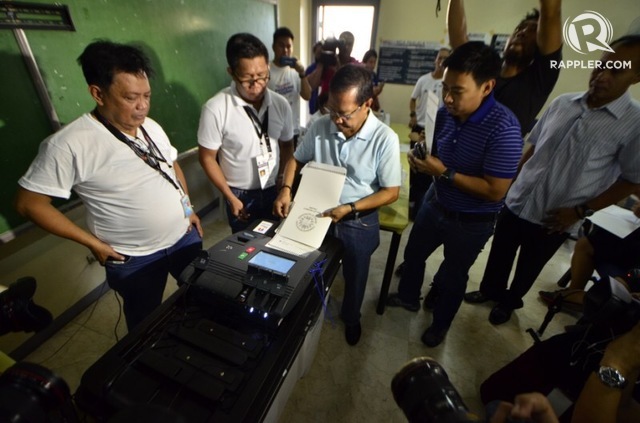 Vice President Jejomar Binay is currently at 4th place with over 5.2 million votes or 12.9% of all votes. However, he is not yet conceding, opting to wait for the complete results.

“I have repeatedly called for respecting institutions and the democratic process. Once the process is completed, we should always respect the outcome,” he said late Monday night.

Although Binay served as mayor of Makati City for 21 years, his beloved hometown did not vote as a bloc for him. Only 43.1% of Makati voters picked Binay.

However, 4 barangays in Isabela and one each in 4 ARMM provinces delivered landslide votes for Binay.

In February, a coalition of more than 40 Muslim groups declared their support for the vice president, saying Binay is the “only presidential candidate who can fulfill the wish” of the people of Muslim Mindanao.

“Binay is the only one who can bring true peace to Mindanao. There are no signs that he loathes Muslims,” said Maulana Balangi, One Bangsamoro Movement (1BANGSA) convenor.

The support came even after Binay said the Bangsamoro Basic Law (BBL) is not the only option for peace.

“Not necessarily the BBL. We should push for all sorts of ways to have peace in that part of Mindanao. It’s not the entire Mindanao that has conflict, only the areas of our fellowmen in the Muslim community,” Binay said in 2015.

He believes that the passage of the BBL should not be rushed, adding that all stakeholders, both Muslims and Christians, should be involved in the process.

In 2015, Binay also backed the alternative bill proposed by Senator Ferdinand “Bongbong” Marcos Jr – the Basic Law for the Bangsamoro Autonomous Region, which is contested by several Muslim groups, including 1BANGSA.

In March, Binay expressed confidence about winning over Isabela, his mother’s hometown.

“Isabela is a regionalistic province. We can expect a lot of votes because I can really say that this is my bailiwick,” he said.

Back in 2010, Binay also won in the province during his bid for the vice presidency.

Meanwhile, Santiago is the only presidential candidate who did not benefit from bloc votes from particular barangays and towns.

With only over 1.4 million votes or 3.4% of all votes, Santiago is just millions of votes away from her rivals.

This is Santiago’s 3rd attempt at the presidency, following her failed bids in 1992 and 1998. – with reports from Michael Bueza/Rappler.com