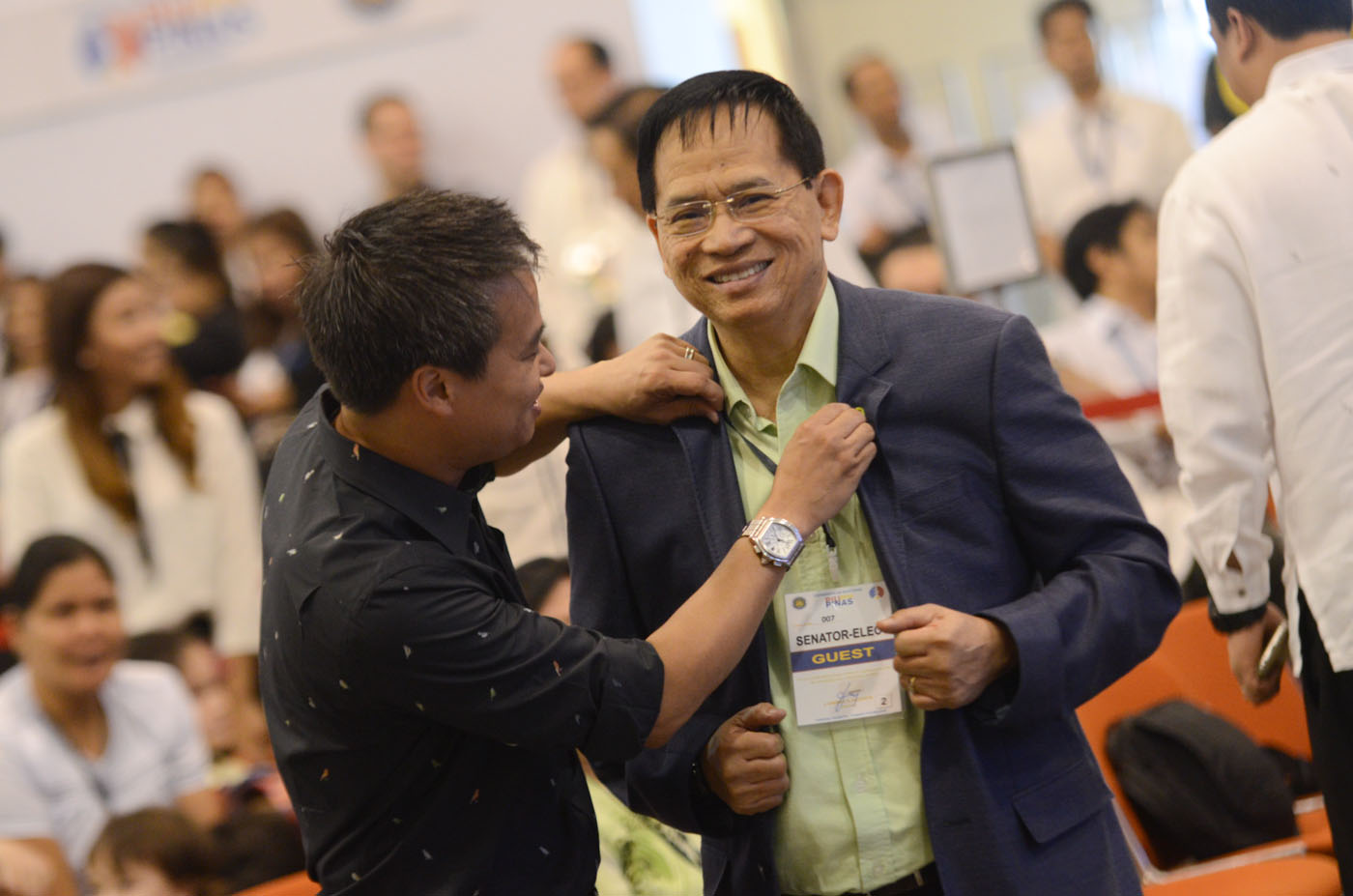 MANILA, Philippines – For months, pre-election surveys had suggested that the first and second place in the senatorial race would be a toss-up between reelectionist senators Franklin Drilon and Vicente Sotto III.

After a week of canvassing, the Commission on Elections (Comelec) sitting as the National Board of Canvassers, proclaimed the 12 new senators of the Philippines on Thursday, May 19, with Drilon leading the pack by 18,607,391 votes.

In the first few days of the canvassing, in fact, Villanueva was Number 1. He finished with only 148,169 votes less than Drilon’s.

In a speech at the start of the proclamation program, Villanueva said his victory was to “give glory, honor, and praise to Jesus Christ,” and promised to work hard and not fail those who voted for him.

“Magsisipag, magpupuyat nang husto, para hindi biguin ang expectation sa isang Tesdaman sa Senado,” he said. (I shall work hard, stay up as late as I can, so as not to fail the expectations from a Tesdaman in the Senate.)

Villanueva had served in the House as representative of the party-list group Citizens’ Battle Against Corruption or Cibac, which is closely associated with the Jesus is Lord religious movement headed by his father.

He was appointed by President Benigno Aquino III as chairman of Tesda, thus his campaign nickname “Tesdaman.”

Villanueva acknowledged his case as a “Cinderella story,” having broken into and topping, the winning circle dominated by reelectionists and returning senators.

“Hindi ito mangyayari kung hindi [ako] sinuportahan ng maraming tao – 18.4 million na nag-shade ng kanilang balota,” he said. (This story would not have happened if not for the support of a lot of people – the 18.4 million who shaded [across my name] in their ballots.)

In an earlier interview with Rappler, Pulse Asia research director Ana Tabunda said the rise in Villanueva’s numbers had to do with his messaging, and a “very good network supporting him.”

Villanueva led TESDA from 2010 to October 2015, when he resigned to pursue his senatorial bid under the ruling Liberal Party.

As part of the trifocal system of education in the Philippines, TESDA is the government agency mandated to manage and supervise technical education and skills development in the country.

Prior to serving in TESDA, Villanueva was a member of the House of Representatives from 2001 to 2010, representing the Citizens’ Battle Against Corruption (CIBAC) party list.

He is the son of evangelist Eddie Villanueva, who leads the Jesus is the Lord Movement. The older Villanueva ran for president in 2004 and 2010, and for senator in 2013. He lost in all 3 elections.

The so-called Magic 12 is composed of 5 Senate first-timers, 3 reelectionists, and 4 returning senators: