With or without Cabinet post, I’ll fulfill duty as VP – Robredo 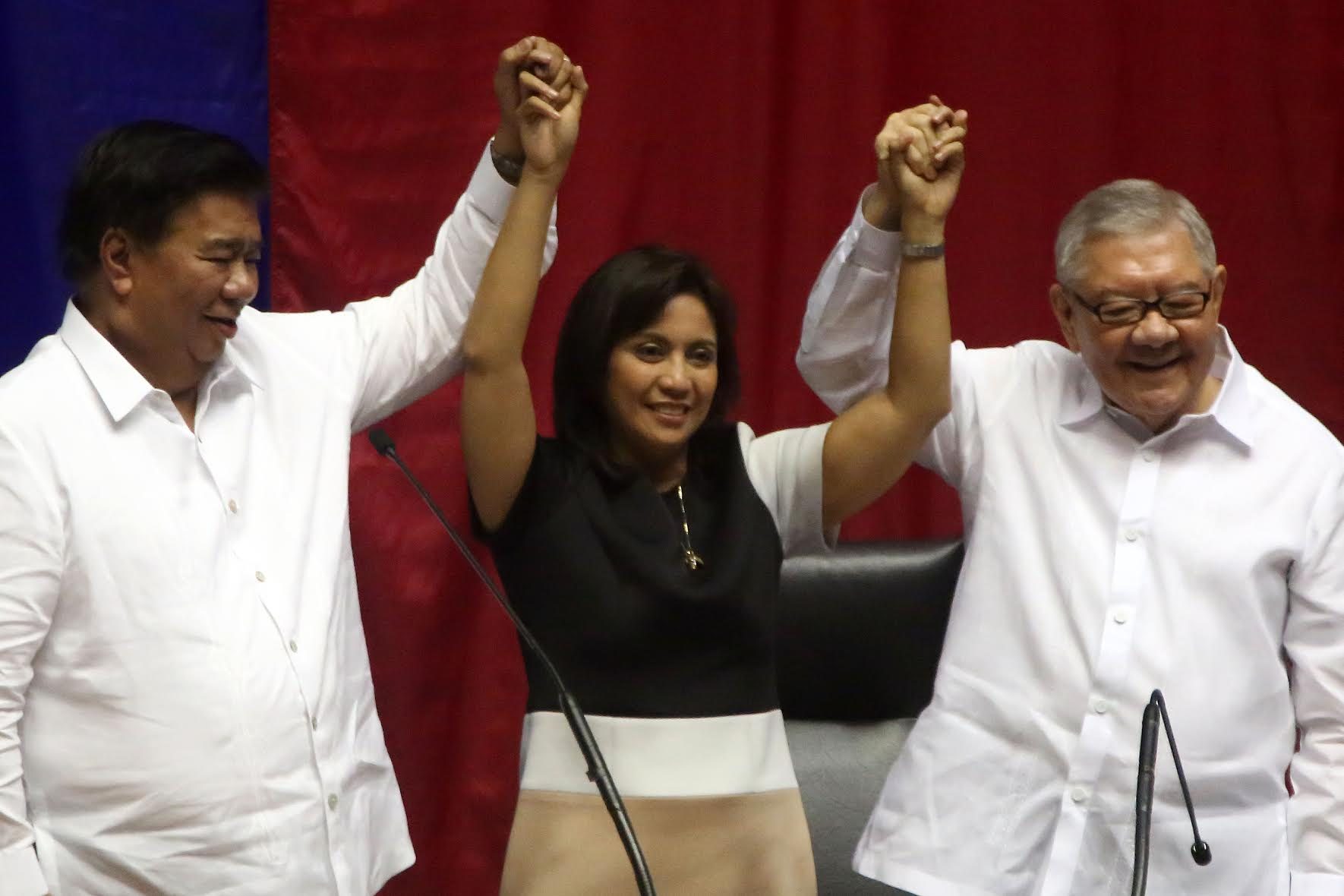 MANILA, Philippines – President-elect Rodrigo Duterte is not keen on appointing her to a Cabinet post, but Vice President-elect Leni Robredo does not seem to mind one bit.

(Whether I’m given a Cabinet post or not, I’ll do my best to make sure I fulfill the promise I made to our countrymen to the best of my ability.)

Duterte said in a Tuesday evening press conference that there was “no compelling reason for [him] to accommodate the [Vice President].”

“I don’t want to hurt the feelings of Bongbong Marcos. He is my friend. That is the political reality,” said Duterte, referring to Robredo’s rival, Senator Ferdinand Marcos Jr, whom Robredo narrowly defeated in the election.

Asked to react to Duterte’s pronouncements, Robredo repeated earlier statements about a Cabinet post being one of trust.

Duterte, who earlier said his would be a unitive administration, said Robredo should “understand” his decision since she comes from a different political party.

The Davao mayor was the standard-bearer of PDP-Laban while Robredo ran under the banner of the Liberal Party.

Marcos, however, was not Duterte’s running mate. Duterte’s vice presidential bet was Senator Alan Peter Cayetano, who happens to be Marcos’ party mate in the Nacionalista Party.

“I won in Ilocos. Guess where I failed miserably? Bicol…I was only number 3 or number 4,” added Duterte, referring to Marcos’ home region in northern Luzon, and Robredo’s home region in southern Luzon.

Preps for the OVP

Robredo earlier said she is keen on meeting Duterte himself, to “assure him” of her support. “Naghahanap kami ng time na hindi naman masyadong makakaabala sa kanya and anytime naman ako. Ako ang mag-a-adjust,” she said. (We’re looking for time that won’t inconvenience him and, anytime, I’m free. I’ll be the one to adjust.)

Robredo’s team is also working on a meeting with the current occupant of the Office of the Vice President (OVP), Jejomar Binay, and his team to ensure a smooth transition even before June 30, or when Robredo takes her oath.

The outgoing Camarines Sur representative earlier said she plans to find a different office space, since she found the Coconut Palace, where Binay holds office, too expensive.

Funds for these satellite offices, however, are not in the current OVP budget so Robredo is looking at current items that can be realigned to fund her own plans.

Both Duterte and Robredo were officially proclaimed winners of the 2016 elections on Monday, May 30. Robredo attended the proclamation, which was held at the Batasang Pambansa, while Duterte opted to skip the ceremonies. – Rappler.com