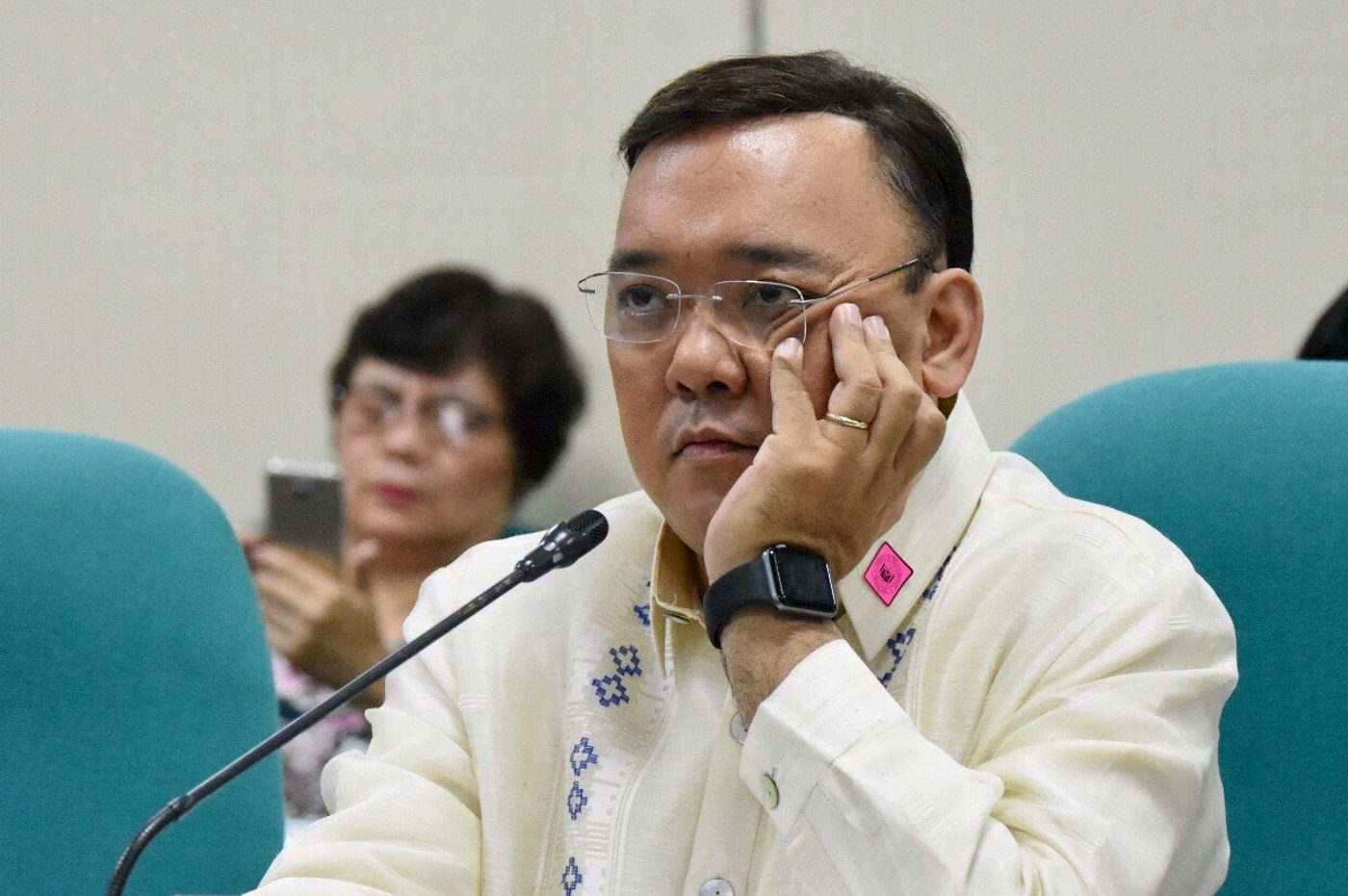 MANILA, Philippines (UPDATED) – Harry Roque announced he has dropped his Senate bid to run for party-list representative in 2019.

“While it was always my intention to file a certificate of candidacy for the position of senator, I will  actually file tomorrow a certification of nomination for party list under Luntiang Pilipinas party list which is an environmental party list group,” he said on Monday, October 15.

He was holding his farewell Malacañang press briefing that day, a briefing led by his replacement as spokesman, Chief Presidential Legal Counsel Salvador Panelo.

“The decision to go for Congress is an advice I took,” he said, saying it was President Rodrigo Duterte himself who told him to seek a seat in the lower house.

“Masikip talaga ang Senado. (The Senate is crowded.) We have 7 reelectionists and 5 comebacking senators in addition to the new faces and finance as I said has always been a hindrance,” said Roque, explaining his decision-making process.

As Luntiang Pilipinas party representative, Roque said he will push for a ban on open-pit mining.

“The President has repeatedly said he wants open-pit mining closed and this will be the advocacy that we will be pushing in Congress,” he said.

Roque’s year-long stint as Duterte’s spokesman was marked by controversy as he mouthed positions contrary to his personal stances as a human rights lawyer and Kabayan party representative. (READ: Harry Roque pirouettes for Duterte)

But on Monday, Roque said his “old” self will be back as he can now make public his own personal views.

“It’s difficult not to have your own personality especially when you’re highly opinionated such as myself so an elective mandate will again entail expressing my own views, espousing my own solutons to the many problems of the nation,” he said.

“It’s time to be my own person again…I am now back to the old person I was. I knew as spokesman I have no personal views. That period has now ended. I’m able now to freely advocate the many issues that are close to my heart,” he added.

Roque’s decision to drop his Senate bid comes a week after Duterte said in a public speech that his spokesman won’t win as senator. (READ: The Unravelling of Harry Roque) – Rappler.com