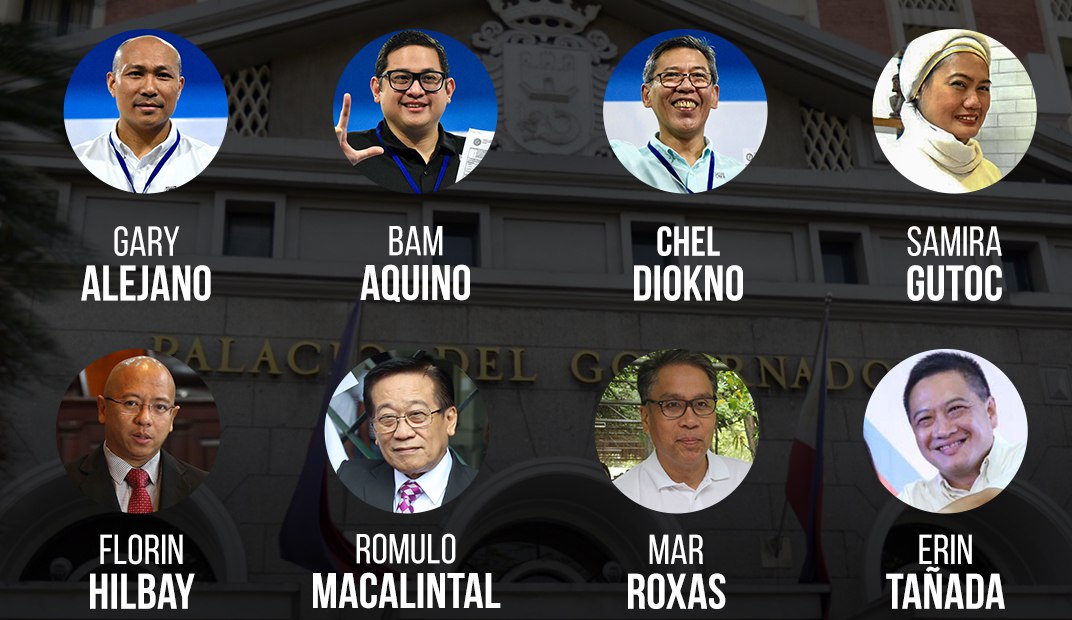 Hilbay and Macalintal had previously announced their plans to run, but it was unclear up until Tuesday, October 16, if they would be part of the opposition slate.

The list was confirmed by Senator Francis Pangilinan on Tuesday. Pangilinan is the president of the Liberal Party (LP), one of the parties in the coalition.

Hilbay was solicitor general during the time of president Benigno Aquino III.

Macalintal is Robredo’s lawyer in the electoral protest case filed against her by former senator Ferdinand “Bongbong” Marcos Jr.

The 8 candidates of the opposition coalition are:

Before she left for the United States, Vice President Leni Robredo, the opposition leader, said they would rather field only 8 persons instead 12 but ensure the quality of the candidates they would offer the public.

Aquino, Diokno, and Tañada were earlier launched as LP nominees.

Roxas was the LP’s standard bearer in the 2016 presidential elections,. In a last-minute decision to run, Roxas officially broke his more than two years of hiatus by announcing his senatorial bid on Monday, October 15, where he said “I won’t quit on our country.”

Tomawis, a former Bangsamoro Transition Commission (BTC) member and assemblywoman, and Alejano, the Magdalo party-list representative, are part of the coalition Tindig Pilipinas.

Hilbay was nominated by Aksyon party. – with reports from Bea Cupin/Rappler.com