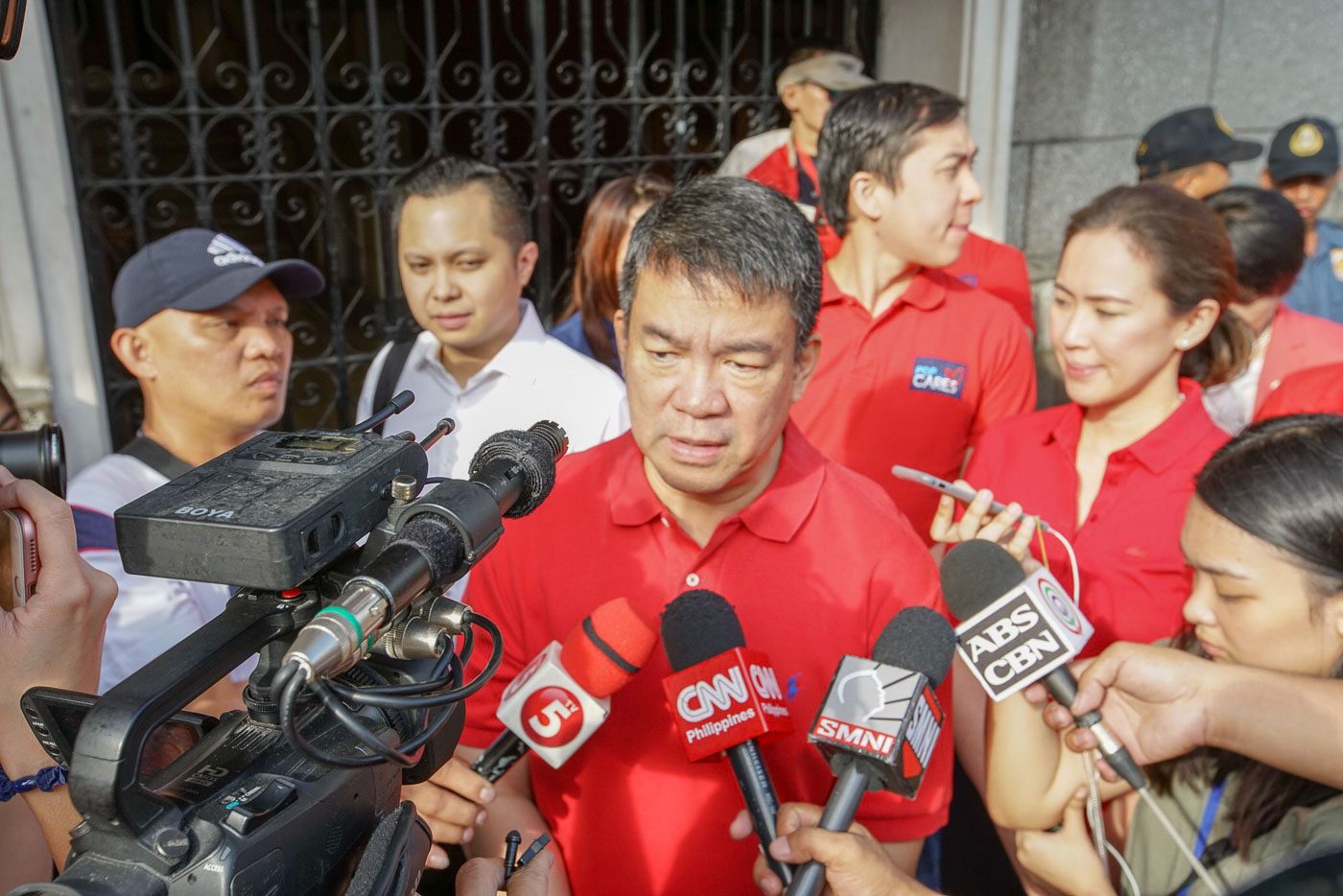 MANILA, Philippines – Lawyer Ferdinand Topacio filed a petition to block the reelection bid of Senator Aquilino Pimentel III because he will allegedly serve a prohibited third term as senator if he wins in the 2019 polls.

The petition filed by Topacio at the Commission on Elections (Comelec) on Monday, October 22, seeks “to deny due course to or cancel the certificate of candidacy (COC)” of Pimentel. The incumbent senator was the first senatorial bet to submit his COC this year.

In his 9-page petition, Topacio pointed out that the 1987 Constitution “prohibits senators from serving for more than two consecutive terms.”

The lawyer noted that Pimentel finished his first term as senator in June 2013. Pimentel, a victim of poll fraud, belatedly began his Senate stint in August 2011, or 4 years after the 2007 senatorial elections. This was because he had to wait for the Senate Electoral Tribunal to resolve his election protest against then-senator Juan Miguel Zubiri.

Pimentel, who also won in the 2013 senatorial elections, is now serving his second consecutive term as senator, said Topacio. “Thus, his present candidacy which, if successful, would allow him to serve up to 30 June 2025, is a prohibited third term.”

Topacio cited the Supreme Court (SC) ruling on the case of Efren Racel Aratea against the Comelec, where the SC stressed, “After being elected and serving for 3 consecutive terms, an elective local official cannot seek immediate reelection for the same office in the next regular election because he is ineligible.”

The lawyer also cited the case of Arsenio Latasa, whose COC the Comelec canceled. This was because Latasa still ran as mayor of the City of Digos after he had served as mayor of the Municipality of Digos – that is, before Digos became a city – for 3 consecutive terms, having already been elected in 1992, 1995, and 1998.

In a text message, Pimentel said: “The Aratea and Latasa cases cited by Topacio are not relevant. Facts are not similar. In Aratea, the candidate really served 3 terms already and moreover was disqualified by final judgment in a criminal case. In Latasa, the candidate served 3 terms as municipal mayor but ran again as city mayor when the municipality was upgraded to a city.”

Pimentel added, “We are ready.”

Topacio is the longtime lawyer of House Speaker Gloria Macapagal Arroyo and her husband Jose Miguel Arroyo. Pimentel in 2011 filed an electoral sabotage case against Mrs Arroyo, a former Philippine president, for allegedly orchestrating fraud in the 2007 polls. – Rappler.com