MANILA, Philippines – Kevin Anarna, one of the Aegis Juris Fraternity alumni lawyers tagged in the fatal hazing and coverup of University of Santo Tomas (UST) Faculty of Civil Law freshman Horacio “Atio” Castillo III, is running in the 2019 elections.

Anarna himself made the announcement in his own public Facebook page in a post dated October 17, which consisted of photos of him filing his certificate of candidacy for provincial board member in Cavite’s 5th district.

(Thank you to everyone for their warm support especially to my entire family. We will continue pushing for change. God bless everyone.) Remember Atio: Horacio Castillo III, fondly called Atio, was the UST law school student believed to have been beaten to death in an initiation ceremony of the Aegis Juris Fraternity on September 17, 2018.

The suspects of Castillo’s death were no less than the seniors of the fraternity which promised him companionship in the turbulence of law school studies. (TIMELINE: Death of Horacio Castillo III from alleged Aegis Juris hazing)

It sparked national outrage against the perennial problem of fraternity hazing in universities, triggering a probe in the Senate, which was followed by charges against 10 fratmen who are currently detained in the Manila City Jail. 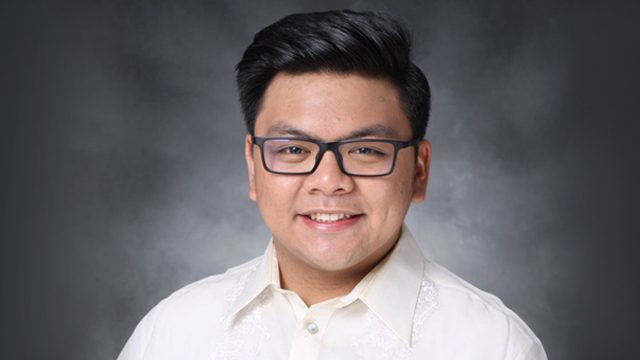 Anarna’s involvement in Atio case: Anarna was not included among the 10 fratmen who were accused of participating in the deadly ceremony.

Along with UST Law Dean Nilo Divina and 17 other lawyers, Anarna was determined by the Senate public order committee “to have had knowledge of the death of Castillo and failed to report the same to the authorities.”

(Cops might get a search warrant as early as tomorrow for the fraternity library. I hope it’s already clean and the paddle is taken out.)

Anarna is among the lawyers recommended by the Senate panel for “immediate institution of proper disciplinary or disbarment proceedings” before the Supreme Court. – Rappler.com