PDP-Laban: Fielding 5 Senate bets not a sign of weakness 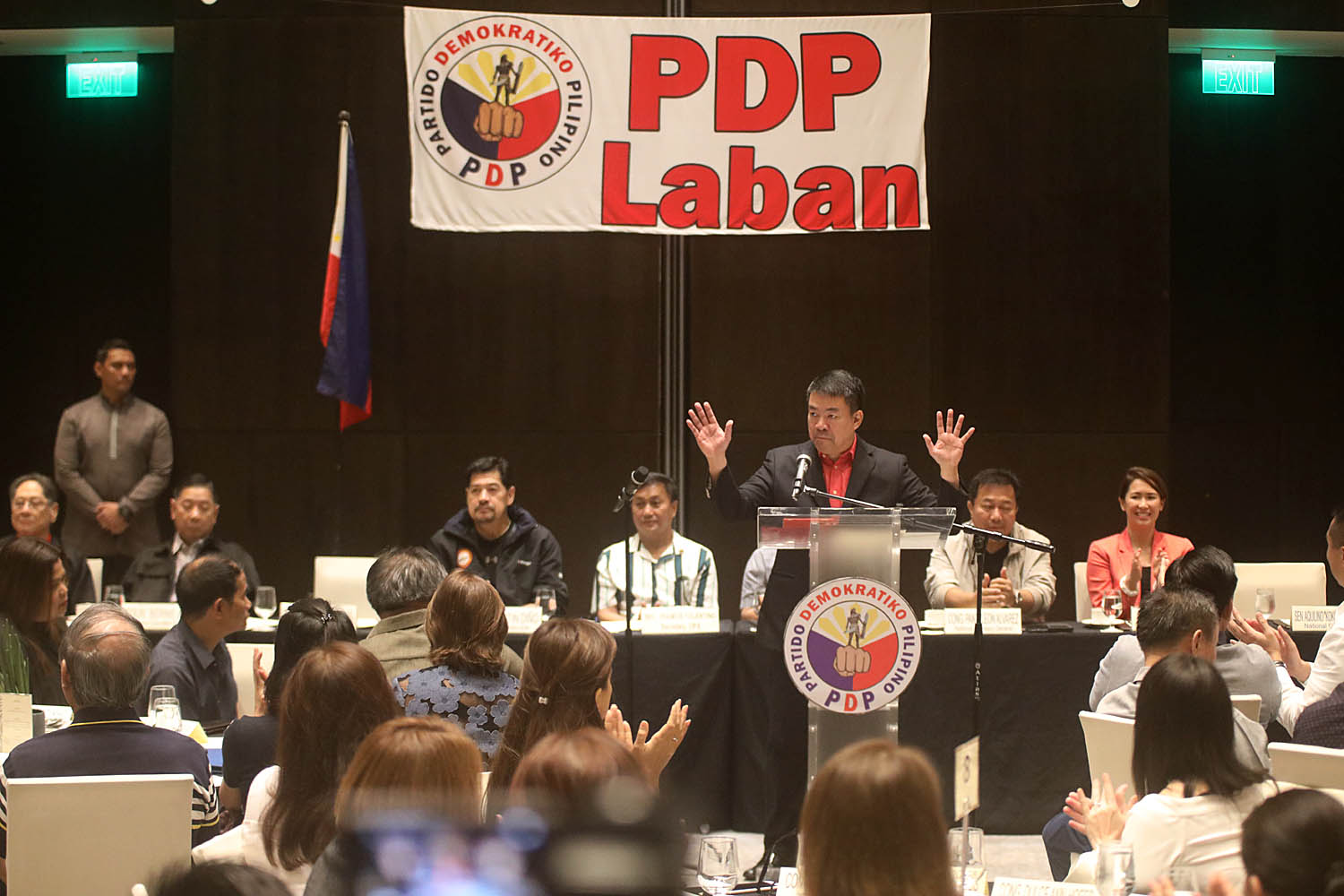 MANILA, Philippines – They are fielding only 5 senatorial candidates in the May 13 elections, but ruling party PDP-Laban denied it is a sign of weakness for them.

In his Bottomline interview, Pimentel added they did not want to field candidates who will end up losing. It is unfair to these bets, he added, if their first foray into politics will end up negatively.

(If we forced ourselves to field 12 and some of them are unknown, it will be an uphill fight. It’s unfair to them because we want to reserve them for the future. They’re youngblood that we’re reserving for future senatorial elections. I don’t want them to start their national political career on a losing streak.)

Traditionally, however, ruling parties field a complete slate composed of members and alliances. PDP-Laban earlier floated at least 24 names but ended up with only 5.

Asked if PDP’s failure to field a 12-member lineup is a sign of weakness, Pimentel said: “No, it’s a strategic decision. Sinadya po namin ‘yun (We consciously made it that way).”

HNP is endorsing its own slate with 14 candidates – way higher than the 12 senatorial seats up for grabs. These candidates include the 5 PDP-Laban bets.

While this is the case, Pimentel had said that PDP-Laban and HNP are not “competitors,” as they are under the same umbrella of organizations supporting the President. (READ: PDP-Laban struggles for unity, survival ahead of 2019 polls)

The Commission on Elections has set the start of the national campaign on Tuesday, February 12. Several sources told Rappler that PDP-Laban will join Carpio’s HNP for the campaign launch. – Rappler.com