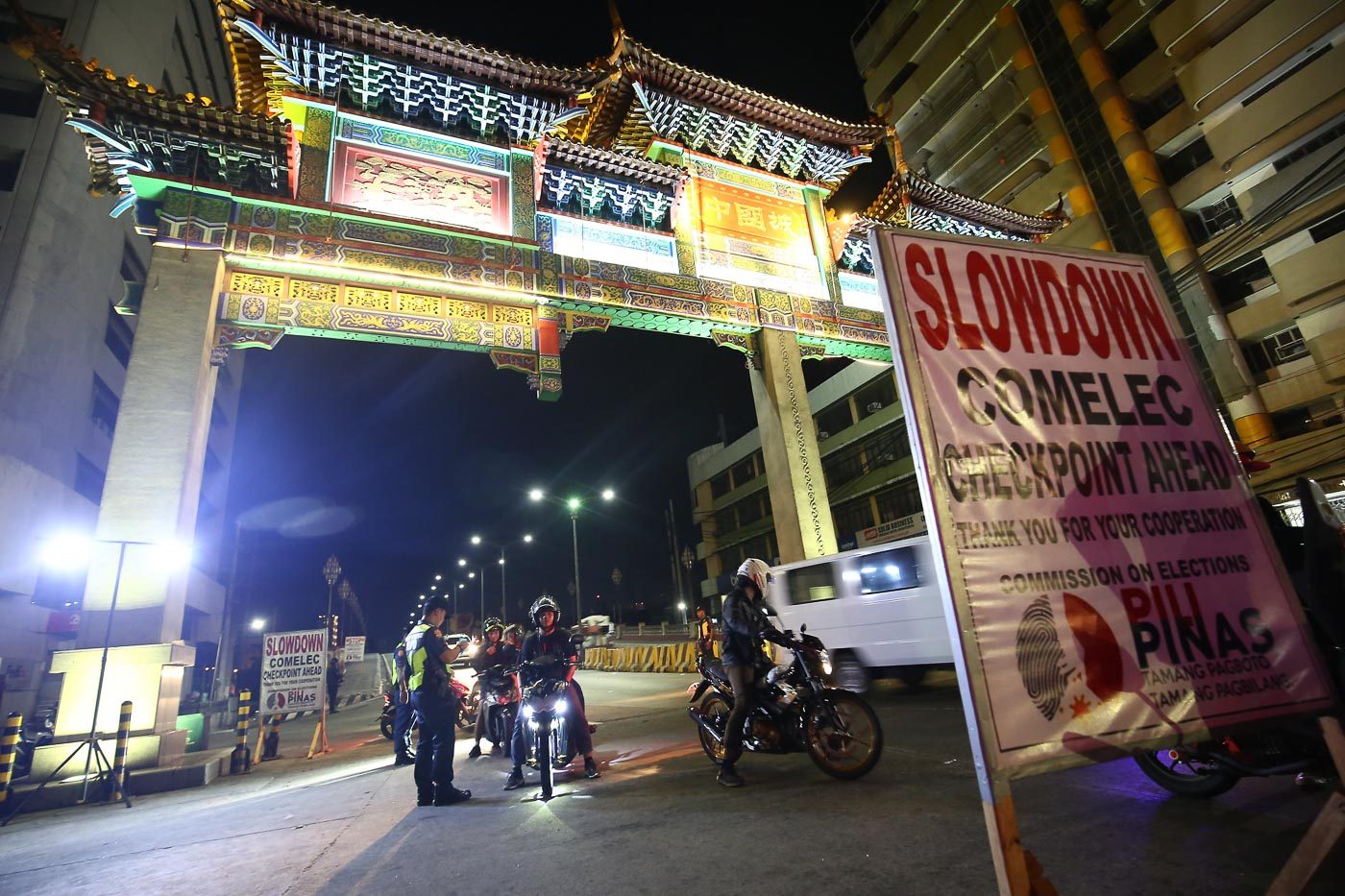 MANILA, Philippines – The Philippine National Police has tagged national capital Manila and 4 other cities in Metro Manila as election hotspots.

PNP chief Director General Oscar Albayalde said on Tuesday, February 12, that Manila has been included in the their hotspots list as a “yellow area” or an “area of concern” along with Caloocan, Malabon, Mandaluyong, and Pasay in Metro Manila.

The Metro Manila cities are among the 701 election hotspots across the Philippines, labeled as such based on Commission on Elections (Comelec) Resolution No. 10481. Aside from yellow areas, there are also places categorized as orange areas or areas of immediate concern, and red areas or areas of grave concern.

Asked why Manila was labeled a hotspot, police spokesman Senior Superintendent Bernard Banac said it was because of recent election-related violence.

“It was included because it is with previous election-related incidents for the past two elections due to intense political rivalry,” Banac told Rappler in a text message.

Other criteria for inclusion in the election hotspots list is the possible presence of private armed groups, and history of being placed under Comelec control. – Rappler.com