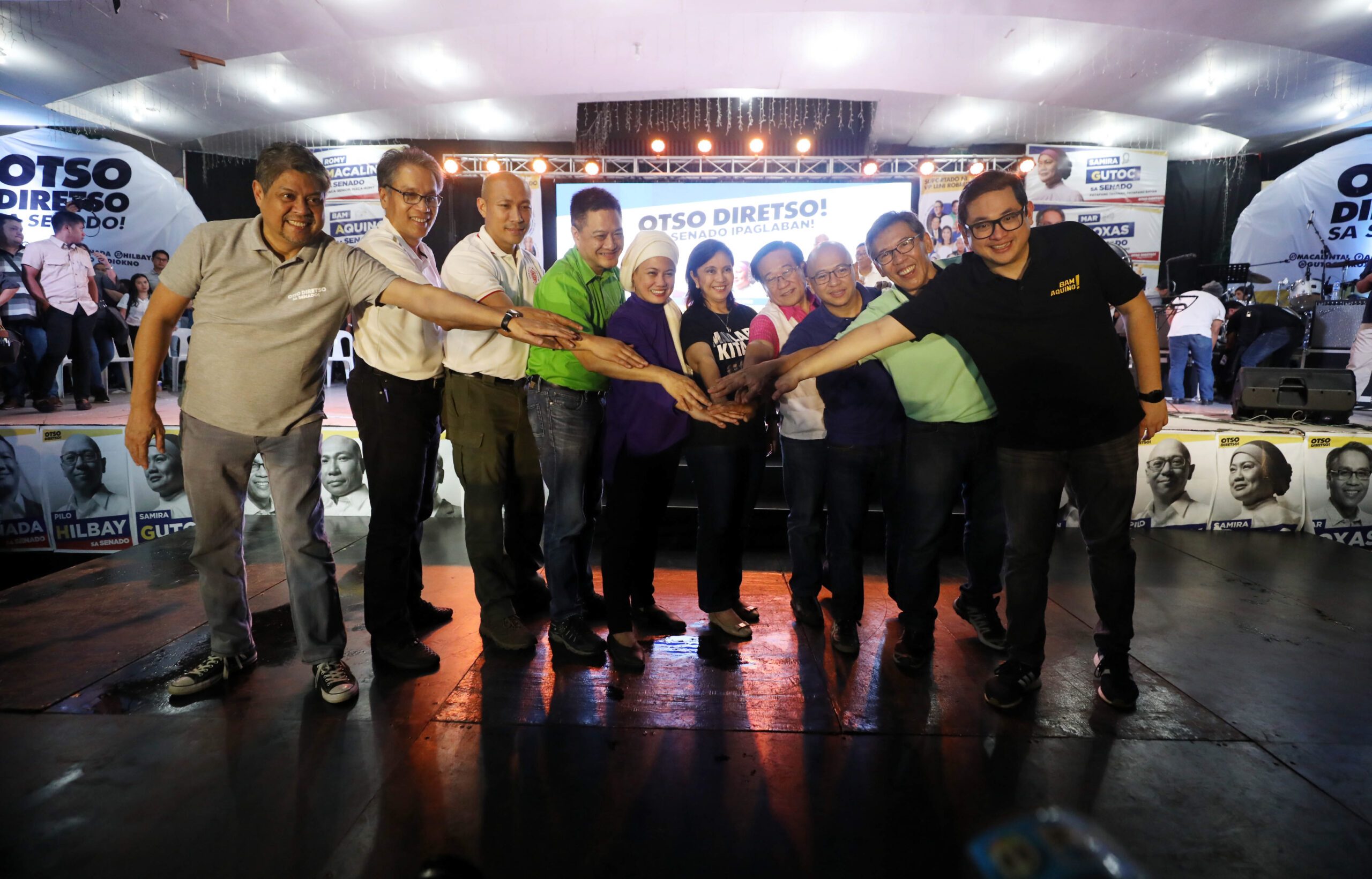 Macalintal is the lead legal counsel of Vice President Leni Robredo, who hails from Naga. She beat Marcos in the 2016 polls by just 263,473 votes, leading the latter to accuse her of electoral fraud.

Macalintal said he took on Robredo’s case because he stands by her victory in the 2016 elections.

(I only defend the legal way. I do this so that she will not be cheated on by a person who can’t accept defeat.)

Macalintal then assured residents of Robredo’s bailiwick that her electoral protest is in good hands.

(So have faith in the Lord. And nothing will happen to our beloved Vice President. Do not think about that anymore! Just focus on how you will be voting for me.)

The 71-year-old’s speech was a big hit to the crowd.

Not to be outdone, human rights lawyer Chel Diokno hit both Marcos and his sister Ilocos Norte Governor Imee Marcos.

Diokno zeroed in on Imee, the administration’s senatorial bet with whom he faced at GMA News’ senatorial debate that aired on February 9.

(You know, justice here is disappearing. I can see this as a lawyer, but I think you can see it, too.)

(That’s why I’ll ask you: Is it fair for a certain Bongbong Marcos to say he is the vice president of the Republic of the Philippines? Is it fair for Imee to say that term limits should be removed so there will be political dynasties again?)

The crowd loudly answered no.

During the GMA News debate, Imee said she favors the removal of term limits, citing a study that shows retaining term limits did nothing to lessen political dynasties.

Reacting to Imee, Diokno said wider term limits should be imposed on public officials to avoid a repeat of the Marcos dictatorship.

Diokno’s father, the late senator Jose W. Diokno, was a staunch opponent of Martial Law and was among the victims of human rights abuses during the Marcos years.

Robredo herself lauded Diokno for his performance during the debate, describing him as “napaka-lodi“ or someone to be idolized.

(Did you watch the debate? He was such an idol there! The person he had a one-on-one with wasn’t even able to reply to him. I won’t say who she is.) – Rappler.com